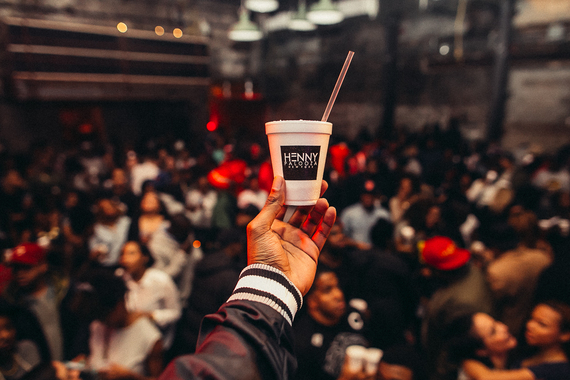 Hennessy, known to most people simply as "Henny," has been a staple in black culture for decades. It's a cognac that has been loved with pride from generation to generation, and there's always that one family member who swears it's the only thing they drink.

Ebony.com Senior Editor Jamilah Lemieux (who was was spotted at the most recent HennyPalooza) dives into the rich history that the Hennessy brand has in the black community in her article "Hennessy + Blacks, Straight Up," which explores the activist history of Hennessy. It's worth a read. You can't really say you're a Hennessy connoisseur if you don't know your history, right? Some people may be surprised to learn that Hennessy was pivotal in the progression of the Tuskegee Institute and the development of the National Urban League.

That being said, when I heard there was an event called HennyPalooza that was taking the East Coast by storm, I was intrigued enough to expose my liver to the madness. I also made it clear to the people in my life that the tree wasn't the only thing getting lit this holiday season, so why not?

This past holiday weekend I attended the HennyPalooza two-year-anniversary celebration at The Wick in Brooklyn to explore the hype. It took me two years to attend HennyPalooza, but seeing that it's already made its way to Washington, D.C., and Toronto, I thought it was better late than never. But really, blame Twitter. 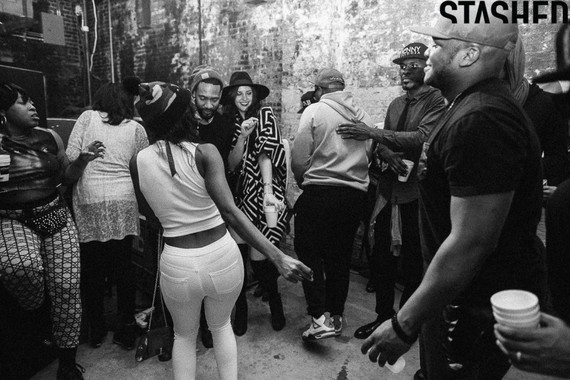 The massive engagement surrounding HennyPalooza on Twitter has been extremely instrumental to its success over the past two years.

According to Kameron McCullough, the creator of HennyPalooza and the director of sales strategy at Esquire, "The thought process behind HennyPalooza was pretty simple: I wanted to enjoy cognac and my friends. I had a game night a month prior at my house, and people really enjoyed it."

Since then the hashtag #HennyPalooza has created a social cult following on Twitter.

The creative direction of HennyPalooza is noteworthy. Simple details like the infamous logo on their cups stand out too as effective social-media marketing done right.

With the event gaining such rapid momentum, it comes as no surprise that official sponsorship relationships are beginning to take shape. Social-engagement app Virgin Mega USA, TheStashed.com and The Opulent joined in partnership for the last event of 2014, and although Hennessy is not directly involved in HennyPalooza, McCullough describes their relationship as "budding."

"We're both just trying to make it make sense for the both of us," he explains. "I'm confident that we're making strides in that direction." 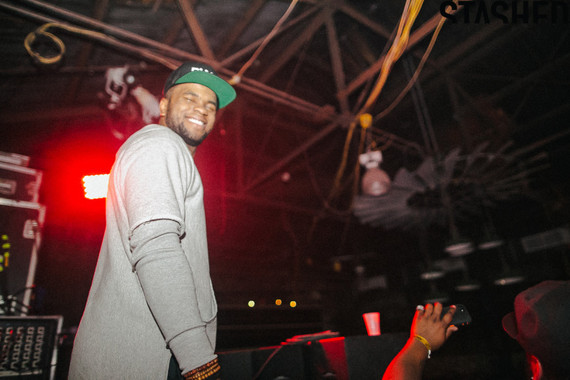 Over 3,000 people came out in Brooklyn this past weekend to take part in the final HennyPalooza of the year. When asked if he ever thought HennyPalooza would grow to be this big, McCullough says that he didn't expect it:

It's been a truly humbling experience. We're hoping that it just continues to get better as it gets bigger. I think people enjoy the party because it's a good time overall. It's a positive, fun environment that we've created, and in times where tensions are high, people need a release. We take the complexity out of partying in NYC. It's become so difficult to just go out in the city and enjoy yourself that people enjoy coming to HennyPalooza and knowing what they're getting.

So what do you get at HennyPalooza?

For a $40 ticket you can indulge in six hours of unlimited Hennessy and music surrounded by dope individuals from the across Tri-state area, not to mention DJ sets by Austin Millz, Dj Meka, YoShowtime, and GeniusinHD and hosting by Lowkey of You Heard That New. A portion of proceeds from the December 2014 event was donated to the ACLU.

The diversity of people in attendance, all out to have a good time, was exciting. I came alone and made new friends before the night was over.

You may even spot some surprise celebrity guests. Rapper Pusha T came out and showed love at the Washington, D.C., event this October, and I thought the Henny was playing tricks on my eyes at first, but Jennifer Williams of VH1's Basketball Wives was in attendance for the final 2014 event. Who knew Jennifer liked a little Henny in her life?

If you've never been to a HennyPalooza event, early arrival is recommended. I would say come almost 90 minutes ahead of time to avoid a long wait and lines that wrap around the corner. I would also suggest getting your tickets ASAP, because they sell out fast.

In 2015 the HennyPalooza tour plans to make stops in Houston and Bermuda. Stay woke.