W.E.B. Du Bois' classic 1903 work "The Souls of Black Folk" opens with "The problem of the Twentieth Century is the problem of the color line." Du Bois helped form the NAACP, the National Association for the Advancement of Colored People, which just celebrated its 100th anniversary.

Henry Louis Gates Jr., who directs Harvard University's W.E.B. Du Bois Institute for African and African American Research, knows much about the color line -- not only from his life's work, but from life experience, including last week, when he was arrested in his own home.
Gates' lawyer, Harvard Law professor Charles Ogletree, said in a statement that the arrest occurred as Gates returned from the airport:

Ogletree continued: "The officer...asked Professor Gates whether he could prove that he lived there and taught at Harvard. Professor Gates said that he could, and...handed both his Harvard University identification and his valid Massachusetts driver's license to the officer. Both include Professor Gates' photograph, and the license includes his address." Police officer James Crowley reported that Gates responded to his request for identification: "Why? Because I'm a black man in America?" Despite his positive identification, Gates was then arrested for disorderly conduct. 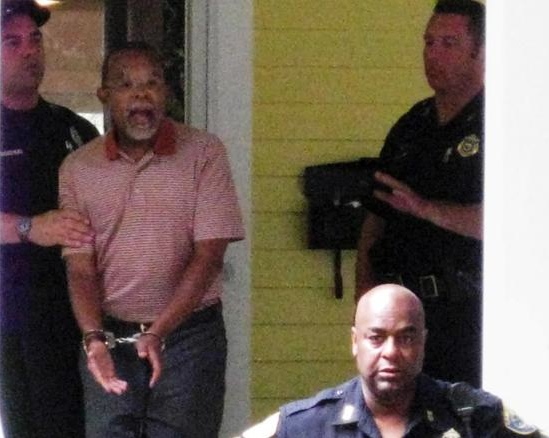 Meanwhile, in Philadelphia, more than 60 mostly African-American and Latino children attending the Creative Steps camp were disinvited from a suburban Valley Swim Club, which their camp had paid for pool access.

Suspicions of racism were exacerbated when Valley Swim Club President John Duesler said, "There was concern that a lot of kids would change the complexion...and the atmosphere of the club." The U.S. Department of Justice has opened an investigation.

The Senate Judiciary hearings on Supreme Court nominee Sonia Sotomayor were permeated by the race question, especially with white, male senators questioning her comments on how a "wise Latina" might rule in court. If confirmed, one of the first cases she will hear will be that of Georgia death-row prisoner Troy Anthony Davis, an African-American.

As it moves into its second century, the NAACP is, unfortunately, as relevant as ever. It is confronting the death penalty head-on, demanding Davis' claims of innocence be heard and asking Attorney General Eric Holder to investigate the case of Pennsylvania death-row prisoner Mumia Abu-Jamal. Another new NAACP initiative asks people to record instances of bias, discrimination and police brutality with their cell-phone cameras, and upload them to naacp.org.

At the group's centennial, longtime board chair Julian Bond said, paraphrasing Jay Leno: "When I started, my hair was black and my president was white. Now my hair's white, and my president is black. I hold the NAACP responsible for both." While the Cambridge Police Department has dropped the charges against Gates, his charges of racial discrimination remain. W.E.B. Du Bois' color line has shifted -- but it hasn't been erased.

Amy Goodman is the host of "Democracy Now!," a daily international TV/radio news hour airing on more than 750 stations in North America. She is the co-author of Standing Up to the Madness: Ordinary Heroes in Extraordinary Times, recently released in paperback.