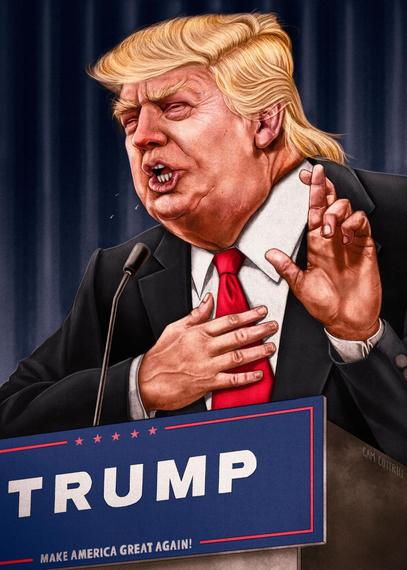 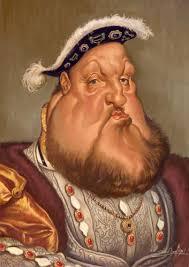 "Remember, I was viciously attacked," he told Bill O'Reilly, attempting to justify what was surely the cruelest, coldest, most offensive counter-punch of this--or perhaps any--election season.

What was the "vicious attack" that provoked Trump so? Simply this: Gold-star father Khizr Khan had offered to lend Trump a copy of the U.S. Constitution (to remind him that religious freedom was a basic tenet of the Founding Fathers.) He had also charged that compared to the loss of a son, Trump had sacrificed "nothing."

Trump's response--which was to suggest that he had sacrificed plenty by running thriving businesses and also insinuated that the on-stage silence of Ghazala Khan was due to her repressive religion (or perhaps, repressive marriage) has infuriated and dismayed other Republicans and caused commentators to question the state of Trump's mental health. It isn't the first time that terms like "narcissistic personality disorder" and "sociopath" were offered, by therapists writing in magazines like The Atlantic, as applying to Trump. But the Kahn affair crossed a line that had the pundits questioning Trump's "mental health," too. On MSNBC Tuesday, Joe Scarborough said he'd "fielded calls all day yesterday, from conservatives, from Republicans, from officials, people that the media would call right-wing bloggers ... and everybody was asking about his mental health." Gene Robinson, of the Washington Post, wrote a column called "Is Donald Trump just plain crazy?" The prime-time talk shows featured psychological experts outlining the characteristics of narcissism and ticking off their application to Trump.

As a cultural historian, I'm not going to weigh in on diagnostic categories. What that "vicious attack" remark got me thinking about--and not for the first time--were some comments that Thomas More made about Henry VIII and how easily the most minor slight could turn his warmth into cold, hard revenge. Henry, like Trump, could be expansive, generous, great fun to be around. But it only lasted so long as he felt assured of the admiration and allegiance of those around him, or his interests did not conflict with theirs. Having fun with the king, as More told a young courtier, was like "having fun with tamed lions--often it is harmless, but just as often there is the fear of harm. Often he roars in rage for no known reason, and suddenly the roar becomes fatal." As he told his son in law Roper, even when he was favored by the King "more singularly" than any subject in the realm, "I have no cause to be proud thereof, for if my head could win him a castle in France, it should not fail to go." And of course More's head did eventually go--though not for a castle in France but because More refused to bend to Henry's voracious will.

Henry, of course, was educated and erudite--very unlike Trump, who can barely put together a grammatical sentence. But like Trump, Henry was a man of many faces, who could be good-natured one moment and cold as stone the next. The combination of informal warmth and lethal self-interest meant that even the closest relationships with him were never on solid ground, always skating on thin ice. And for Henry, as for Trump, disappointment could never be "slight." All wounds to his authority, his manhood, his trust, were bloody gashes that he could only repair by annihilating (psychologically or literally) the one who inflicted the wound.

This, perhaps, is what distinguished Henry's pattern from "ordinary" royal imperiousness. Kings execute people. Kings have grandiose ambitions. Kings are threatened by challenges to their authority. Kings can become drunk on power, and often do. But Henry may be unique among famous authoritarian kings in that his close relationships only had two switches: on and off. As Howard Brenton, author of the play Anne Boleyn, put it in an interview with me, "With Henry, you were either totally in or you were dead. He would have someone close to him, he'd elevate them, and they'd be terrific and virtually run everything on his behalf, and then when something went wrong, or a wind came his way, he would turn 180 degrees against them and they would be out."

And his will was capricious. In 1535, the king's fool almost lost his life over a joke about Anne Boleyn; a year later, Henry was weeping uncontrollably while hugging his illegitimate son, relieved that he was now safe from "that accursed whore" who had slept with over a hundred men. A hundred? That would have meant a new man every ten days of her Queenship. Yet it's possible that Henry believed something near to this, for his emotional switch, for whatever reasons, had turned against her, and she was now as wholly evil in his eyes as she once was wholly virtuous. She had become the devil. Sound familiar?

Today, we might view Henry VIII's patterns of behavior as we are now describing Trump's--as characteristic of a narcissistic personality disorder. It's an anachronism, of course (although an instructive one), and leaves out an important ingredient. For whatever label we put on Henry's "disorders, " they were vastly exacerbated by the fact that he was, after all, king. As such, he was continually flattered and pampered, his every whim indulged, his grandiosity rarely challenged, his illusions carefully maintained. All of this encouraged his sense of omnipotence, which in turn made it all the riskier for those around him to show anything less than absolute allegiance. This is the piece that's missing if we focus only on Trump's personality--the degree to which the problems with his personality have been nurtured by the privileges he has enjoyed--and have consequently flourished.

The kind of privilege I have in mind here doesn't require being born royal or rich. Before Trump, the closest comparison from our own time might be O.J. Simpson, who murdered his wife seemingly without any sense of guilt or regret, simply because he couldn't "own" her. O.J., by all appearances, wasn't born without a conscience. And he wasn't born to privilege. Rather, by virtue of his athletic talent, good looks, and natural charm, he became cultural royalty. Largely forgetting all sense of connection to his racial and class roots, he learned to bask in and expect constant admiration, love, and loyalty. And he got it. His sense of absolute entitlement was conferred on him not by birth but through years of adulation and "getting away" with any bad behavior.

Trump has had both the privileges of birth and the social and economic rewards that come with them. The combination, of course, doesn't necessarily result in the kind of man he has become. We would have to delve deeper into his history (and perhaps his biology) to untangle all the ingredients that have made him who he is. What is clear, though, is that there are those who feel nothing but gratitude for the privileges life has given them, and he isn't one of them. No, he's among those who come to believe that all of life's pleasures--and cultural power, as well--are simply and justifiably "coming to them." Try to take them away, and the seemingly tame lion will turn on you without a thought for the morality, humanity, or consequences of his actions.

Donald Trump may indeed have a personality disorder. Let's not deceive ourselves, though. He's not a patient but a candidate for president of the United States. He's not to be pitied but feared.

Susan Bordo is the author of The Creation of Anne Boleyn
and is currently working on a book about Hillary Clinton.