It is a city shrouded in myth, swallowed by the Mediterranean Sea and buried in sand and mud for more than 1,200 years. But now archeologists are unearthing the mysteries of Heracleion, uncovering amazingly well-preserved artifacts that tell the story of a vibrant classical-era port.

Known as Heracleion to the ancient Greeks and Thonis to the ancient Eygptians, the city was rediscovered in 2000 by French underwater archaeologist Dr. Franck Goddio and a team from the European Institute for Underwater Acheology (IEASM) after a four-year geophysical survey. The ruins of the lost city were found 30 feet under the surface of the Mediterranean Sea in Aboukir Bay, near Alexandria.

A new documentary highlights the major discoveries that have been unearthed at Thonis-Heracleion during a 13-year excavation. Exciting archeological finds help describe an ancient city that was not only a vital international trade hub but possibly an important religious center. The television crew used archeological survey data to construct a computer model of the city (below).

According to the Telegraph, leading research now suggests that Thonis-Heracleion served as a mandatory port of entry for trade between the Mediterranean and the Nile.

So far, 64 ancient shipwrecks and more than 700 anchors have been unearthed from the mud of the bay, the news outlet notes. Other findings include gold coins, weights from Athens (which have never before been found at an Egyptian site) and giant tablets inscribed in ancient Greek and ancient Egyptian. Researchers think that these artifacts point to the city's prominence as a bustling trade hub.

Researchers have also uncovered a variety of religious artifacts in the sunken city, including 16-foot stone sculptures thought to have adorned the city's central temple and limestone sarcophagi that are believed to have contained mummified animals.

Experts have marveled at the variety of artifacts found and have been equally impressed by how well preserved they are.

“The archaeological evidence is simply overwhelming,” Professor Sir Barry Cunliffe, a University of Oxford archeologist taking part in the excavation, said in a press release obtained by The Huffington Post. “By lying untouched and protected by sand on the sea floor for centuries they are brilliantly preserved.”

A panel of experts presented their findings at an Oxford University conference on the Thonis-Heracleion excavation earlier this year.

But despite all the excitement over the excavation, one mystery about Thonis-Heracleion remains largely unsolved: Why exactly did it sink? Goddio's team suggests the weight of large buildings on the region's water-logged clay and sand soil may have caused the city to sink in the wake of an earthquake. 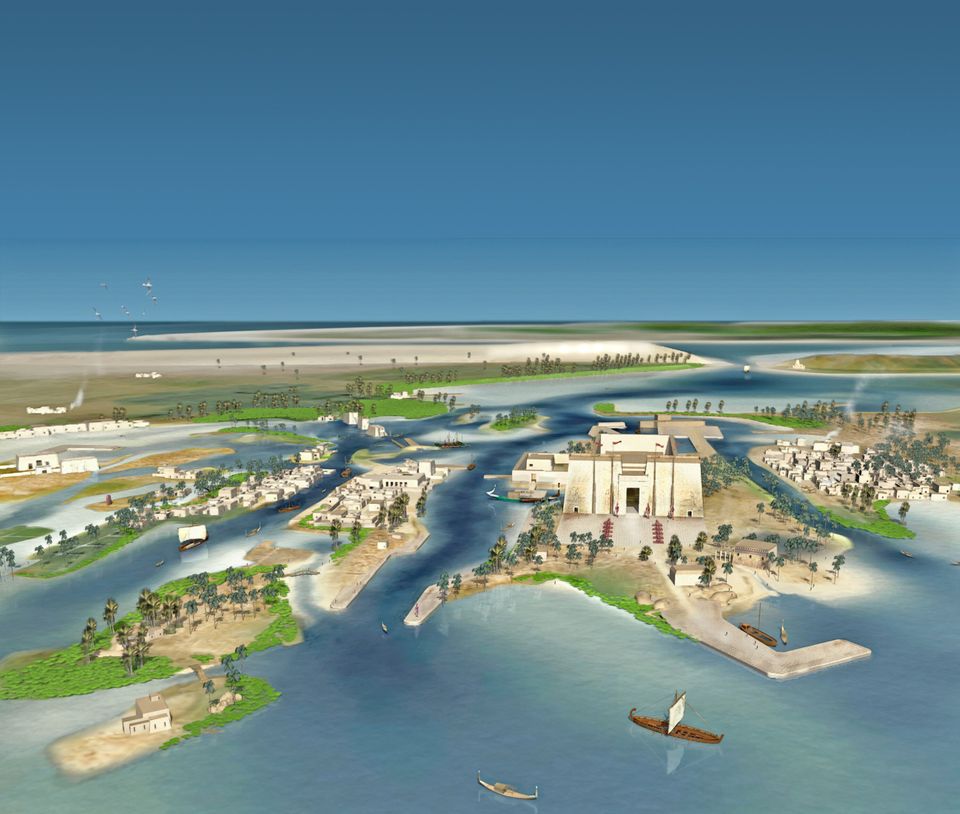