Herbal Essences was the first shampoo we remember buzzing about. The earthy scent, those iconic pastel bottles, those, uh, titillating commercials about hair products making you shout "Yes! YES! YES!" in airplane bathrooms -- who DIDN'T want a "total organic experience"?

But in 2006, Procter & Gamble, which bought Clairol in 2001, revamped the Herbal Essences line, giving the packaging a vivid makeover and expanding the range of products in an attempt to snag a younger audience.

The company is now taking Herbal Essences back to basics, Women's Wear Daily reports, and releasing two classic scents that were available from 1995 to 2006. You probably remember them well: the Smooth Collection, a pink bottle that features rose hips, vitamin E and jojoba extracts, and the marigold-colored Shine Collection includes a blend of chamomile, aloe vera and passionflower extracts.

But of course, P&G's motive isn't just to bring up some fuzzy '90s feelings. The made-over line of Herbal Essences has seen slumping sales in recent years, despite hiring Nicole Scherzinger to shill its youth-targeted products. Perhaps the throwback to the product line's heyday will churn up enough nostalgia to boost revenue?

But alas, a few things about Herbal Essences will remain preserved in the 20th century: the formulas have been updated to be sulfate- and silicone-free. Ads for the "new old" line will debut at February's Grammy Awards -- so we assume no actresses will be faking hair orgasms this time around.

Read more at WWD and see a sneak peek of the retrofitted bottles below. 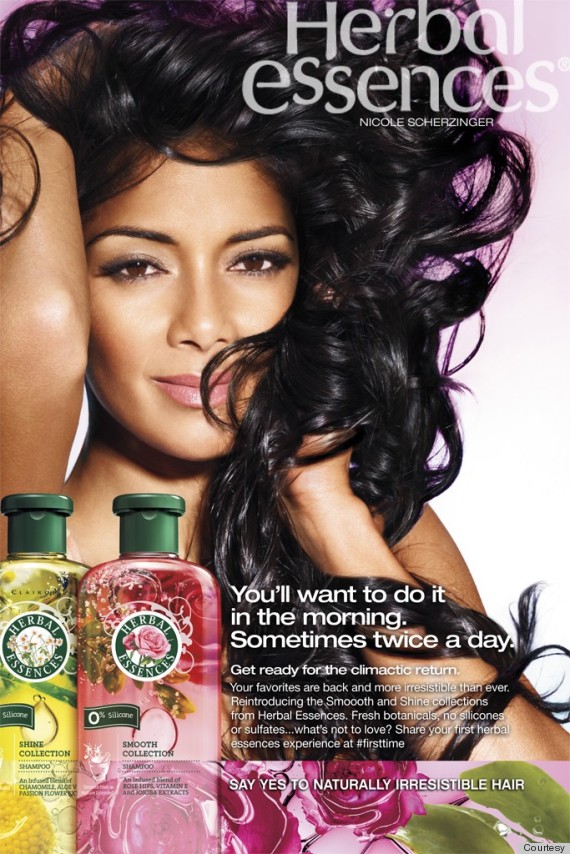 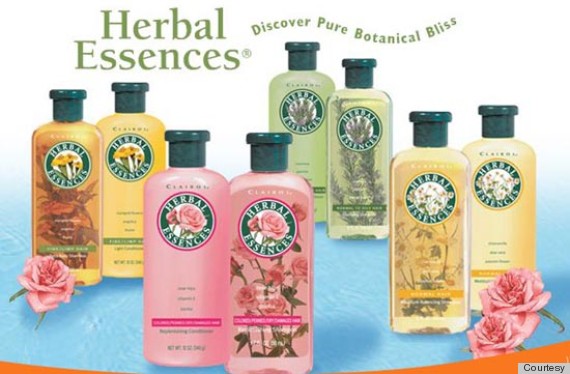 These celebs definitely need some sort of shampoo job...

CORRECTION: An earlier version of this post stated that the new ads would debut at the Super Bowl. They'll actually debut during the Grammys.