Prohibition may have been repealed in 1933, but you'd barely know it from some of the alcohol laws still on the books in various states. The legacy of the 18th Amendment lives on in state restrictions on when and where alcohol can be sold, and the production of distilled spirits for personal consumption remains illegal by federal law (though you can make your own beer and wine, as long as you're mindful of certain bylaws). Also, the U.S. is one of the few countries that makes you wait until you're 21 to legally drink.

Without a doubt, one of the most confusing and frustrating aspects of these long-standing alcohol restrictions is trying to figure out what kind of booze you can buy in a given state's grocery stores. And then figuring out whether you can do it on Sundays.

So we decided to help you with just that. Consider this a definitive guide to buying booze at your local shop. 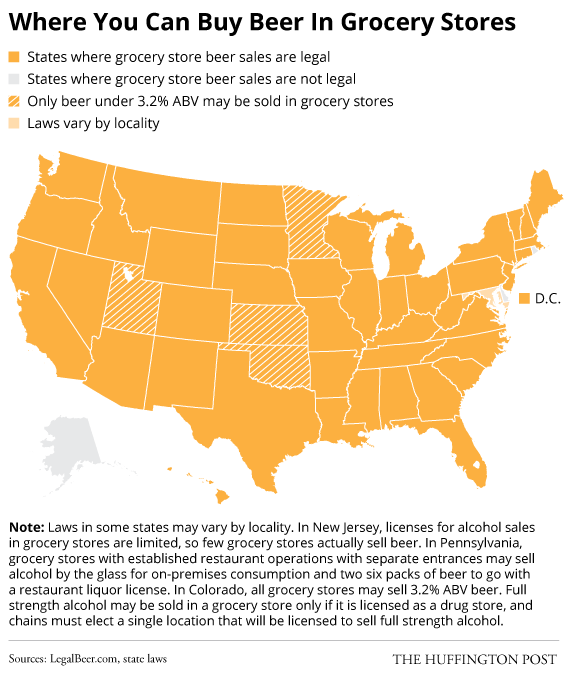 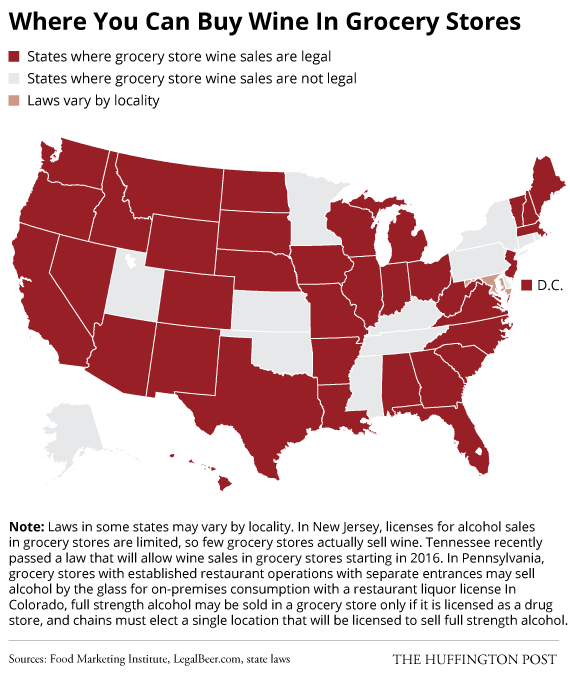 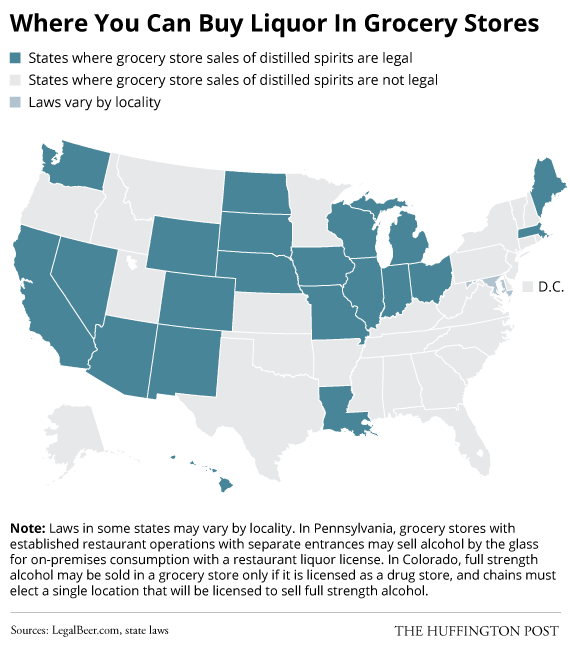 Blue laws, a holdover from colonial-era rules that mandated church attendance on Sundays, are laws that prohibit the sale of alcohol or other items on that day. As long as states can prove that such laws serve a secular purpose (since they can't force you to go to church anymore), courts have held that blue laws are perfectly OK. Some states also prohibit the sale of alcohol on election days. 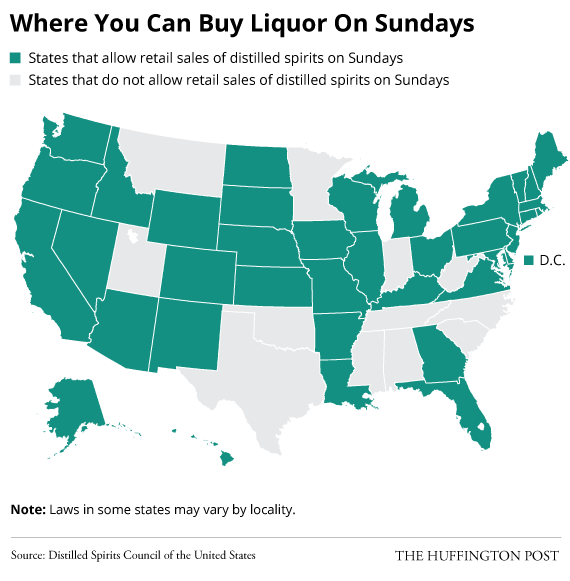 Correction: Washington state changed its liquor laws in 2012. Grocery stores measuring at least 10,000 square feet may sell liquor. In Pennsylvania,
grocery stores with established restaurant operations with separate entrances may sell alcohol by the glass for on-premises consumption and two six packs of beer to go with a restaurant liquor license. In Colorado, grocery stores may sell 3.2% ABV beer. Full strength alcohol may be sold in a grocery store only if it is licensed as a drug store, and chains must elect a single location that will be licensed to sell full strength alcohol.

10 States Where People Drink The Most Beer