The presidential primary season may be over and done with, but people are getting in their political fix anyway they can--even if that means byway of fictional political television shows. The CenturyLink team researched the top politically-charged television shows from the past decade and used Google Trends data to determine which state loves which political shows most.

Some of their most interesting findings are as follows:

Take a look for yourself: 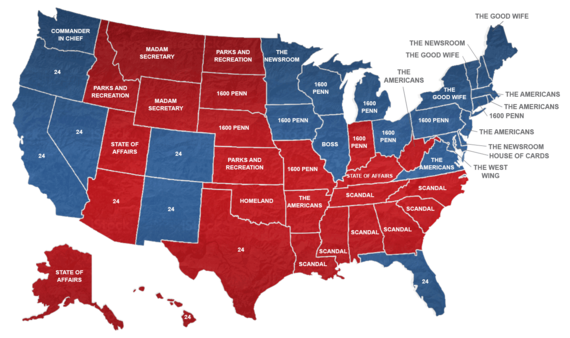 Are you surprised by your state's favorite political television shows? Somehow we weren't too shocked to see that the home region of Southern Belle Mellie Grant has a solid Scandal fan base in southeastern states. Go here for a full report of each state's top five favorite political dramas and comedies.