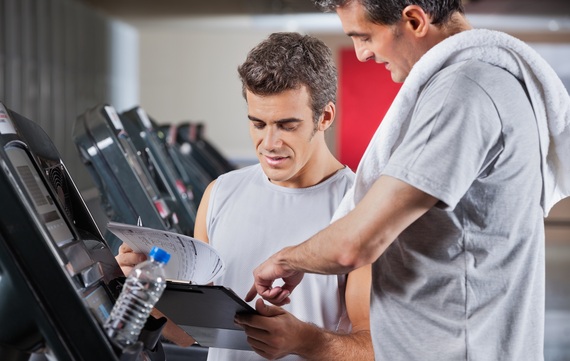 At the beginning of every year, you pick a New Year's resolution. Sometimes you succeed at sticking to it ... and other times you fail miserably. According to author Joseph Grenny, 70 percent of people who fail to keep their New Year's resolutions lose more than $1,000, reported Time in 2014. If you're one of those people, that's a lot of wasted energy and money down the drain.

Visit GOBankingRates for financial news and tips for 2016 >>>

About 25 percent of younger millennials (ages 18-24) plan on reducing debt in 2016, and about 41 percent of older millennials (ages 25-34) plan to do the same. In comparison, only 20 percent of seniors and 26 percent of baby boomers are resolving to pay down debt in the new year. Hopefully, this is a sign that debt is becoming less common among these groups instead of less important.

Some resolutions will cost you, but paying down debt is actually one that can save you thousands of dollars in the new year. Sure, making debt payments might "cost" you now, but you'll end up saving more in the future.

For example, pretend your credit debt is $5,000, and your credit card has a 15.00% APR. If you only make $100 payments each month, it will take you six years and seven months to pay off the debt. And, you'll be paying nearly $3,000 in total interest. However, if you adjust your monthly payment to $300, you'll be out of credit card debt in one year and seven months, and you'll only pay around $640 in total interest.

You might think that "save more, spend less" is the most popular New Year's resolution, but it came it at No. 5 in GOBankingRates' survey.

Only 30.1 percent of all survey respondents picked this as one of their resolutions, and an even smaller percentage of seniors (24.4 percent), baby boomers (23.3 percent) and old (28.3 percent) and young (30.5 percent) Gen Xers picked it. But, more than 44 percent of both young and older millennials are making this a money goal in 2016.

There is no financial downside to saving more and spending less. And the earlier you develop this habit, the sooner you'll start building your net worth. For example, personal finance expert Dave Ramsey suggests on his blog that saving and investing just $35 a week for 40 years could allow you to retire as a millionaire.

Spending less so you can save more is a basic principle of personal finance, but it doesn't always come naturally. So if this is on your list of goals for 2016, set yourself up for success by using technology. For example, a budgeting app, like Qapital, can help change your spending habits that make saving so hard in the first place.

"Saving money is so hard because it's more than just a matter of discipline," Qapital CEO George Friedman told GOBankingRates. "The way we spend and save is linked to ingrained habits and deeply rooted behaviors."

Spending time with friends and family members is a great goal to have in 2016, but it shouldn't break your wallet. Unfortunately, if you plan on going on more family vacations in 2016 to spend more time with your family, you might be shelling out thousands of dollars. A 2015 American Express study found that those taking a summer vacation in 2015 were expected to spend around $1,005 per person. For a family of four, that price tag jumps to more than $4,000.

Instead of spending big bucks in order to spend more time with loved ones, consider one of the many fun and free things you can do with family and friends. For example, look up free wine tastings or free tours if you want to get all of your friends together one afternoon. Or if you want to spend more time with the kids, look into free child-friendly events happening in your town.

Related: The First Thing These 11 Highly Successful People Do Every Morning

But losing weight can cost you a lot of money, especially if you plan on going to a gym. According to the Statistic Brain Research Institute, the average monthly cost of a gym membership is $58. So if you buy a gym membership for the whole year in 2016, you could end up paying nearly $700.

Julie Ritten, president of Ritten Financial, said, "We tend to join gyms and buy exercise equipment that never get used." She offered some ways to cut down on these costs like biking to work instead of driving, working out at home or taking long walks with loved ones after eating. "This will create good, quality bonding time with your family, and the calories will just melt away," she said.

And then there's the cost of dieting. From Paleo to Herbalife, there is no shortage of diets you can try to keep the pounds away. For example, Nutrisystem provides perfectly portioned meal plans to customers, but the four-week plans range from around $10 to $12 a day. So, if you bought the top-rated "Uniquely Yours" plan, you'll end up paying $334.99 per month -- or $4,019 per year.

Jason Hull, CTO of the online comprehensive financial planning service myFinancialAnswers, said that raw foods like fresh fruits and vegetables "are often cheaper because they don't have to go through the human element of processing."

"Live a healthier lifestyle" took second place in GOBankingRates' survey of the top New Year's resolutions. Approximately 41 percent of survey respondents said they would choose this as a resolution for the new year.

Although going to the gym and dieting can cost a pretty penny, being healthy doesn't have to be expensive. If you vow to just simply eat better in the new year you can live a healthier lifestyle without spending a ton of cash. Thomas Nitzsche from ClearPoint Credit Counseling Solutions said cooking is "significantly cheaper" than the average dinner out. "Cooking itself is an activity, so you also get to spend time with friends, making and eating the food," he said.

Eliminating alcohol from your life can also improve your health and save you money at the same time. WiseBread estimates six or seven drinks a week amounts to roughly $650 a month. So if you're going out a few nights a week, even drinking moderately, you could be drinking away more than $7,000 a year. But if you don't want to kick the bucket completely, simply cut back your consumption, find happy hours and make your drinks at home.

Another expensive habit that hurts your health is smoking. According to the American Cancer Society, the average price of a pack of cigarettes is $6.36 in the U.S. But, for every pack of cigarettes, that's $35 of health-related costs you'll have to pay. When you do the math, you'll see that smoking one pack of cigarettes every day for a year could cost you more than $15,000.

Related: 51 Healthy Foods That Cost Under $1

Enjoy Life to the Fullest

This might arguably be one of the more expensive resolutions, but a whopping 45.7 percent of survey respondents picked "enjoy life to the fullest" as a top resolution.

But what does "enjoy life to the fullest" mean? It varies by person, but it can entail anything and everything: traveling, going zip lining, attending a music festival or simply trying a new food. Sometimes, the prices to do these things can hurt your wallet. Zip lining, for instance, can cost more than $100, depending on the location. And a major music festival can cost you a few hundred dollars or more.

Enjoying life doesn't always have to cramp your budget, however. You can always find some sort of coupon or discount through sites like Groupon, which can help you save money on these experiences.

So go ahead -- go zip lining or book that cruise with the family, and make 2016 the best year ever.

This article, Here's How Much Your New Year's Resolution Will Cost You, originally appeared on GOBankingRates.com.