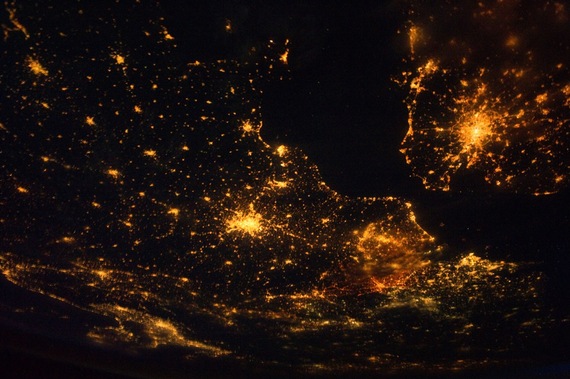 Despite covering just three percent of the Earth, cities are home to more than half of the global population. They are incredible hives of human activity. You may not realize it, but they play a significant role in shaping our weather -- and not just in the context of global warming.

It has to do with the excess waste heat produced by our cars, gadgets and home appliances, and our buildings' heat and cooling systems. Much of it gets flung out into the atmosphere (because where else would it go?) -- and cities are responsible for the vast majority of this heat. A 2013 study in Nature Climate Change found that heat released from cities actually affects the movement of jet streams. The result is that average temperatures in a region might be a couple of degrees warmer or cooler than what would have been predicted by models that don't take this into account.

Consequently, you might be wondering: what happens to the weather in a blackout? Inverse posed this question to Aixue Hu and Ming Cai, two of the authors of that study. 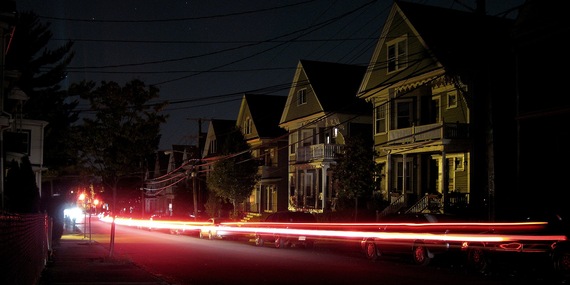 A residential street during a blackout.

They both said that, as far as they know, the question hasn't been tested experimentally, but that it's worthy of investigation.

Hu, a climatologist with the National Center for Atmospheric Research, predicted a blackout wouldn't put much of a dent in waste heat emissions. See -- when the lights go out, the city doesn't stop humming. Cars can still drive, and homes heated by anything besides electricity will stay warm.

Waste heat from energy production is just a small part of what researchers call the "urban heat island" effect: Urban communities will be warmer than the surrounding areas because people are swapping out naturally cool ecosystems for heat-absorbing pavement. So a blackout would dampen the effects that cities have on weather, says Hu -- but it wouldn't reverse the overall temperature rise in an urban environment.

Cai, a professor with Florida State University, gave a similar response. He thinks cities produce a kind of "thermal mountain": a mass of warmer air that weather systems tend to navigate around. A blackout would cause the mountain of heat to get smaller, but not vanish, he says.

Unlike Hu, Cai predicts a blackout might actually lead to a noticeable weather effect -- given the right set of initial conditions. Let's say a massive wintertime blackout affecting the whole Eastern Seaboard happens to coincide with a storm approaching from the east. In this scenario, you might see the weather moving more directly through the area, rather than taking a circuitous route, he said. The weather event itself wouldn't really change, but its timing and location of weather might, creating a new forecast.

Other scientists have found that cities make thunderstorms more intense and violent as they pass through, presumably due to the excess heat hanging over an urban community. It wouldn't be a surprise for a thunderstorm that hits a city under a blackout, perhaps, seems unusually mild.

Overall, a blackout's effect on the weather would probably be very subtle -- a city that find its lights go out suddenly would still need a bit of time before it significantly cooled down. But it's pretty neat to think that a squirrel gnawing on a power line here could affect the winds all the way up there, and the weather for thousands of miles around.