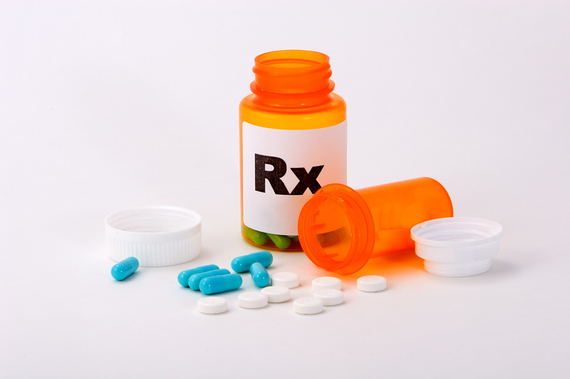 One of the federal government's important roles is to take on our county's most pressing issues and respond with solutions on a national scale. Responsible for killing nearly 50,000 people in 2014 alone, the opioid epidemic is clearly a crisis our country needs a sweeping and effective government response to overcome. What tools does the federal government have in its pocket that can combat the opioid epidemic, and how can we be sure that they'll work?

Where national agencies can alter their policies to support opioid addiction treatment and prevention, they are doing so. In March, the Centers for Disease Control and Prevention released new guidelines for doctors prescribing opioids to limit the circumstances, quantity, and duration of any prescriptions they give to patients. Not only should this make it harder for someone using opioids for medical purposes to abuse them, restricting the flow of opioid-based medications into our communities should also decrease the number of these pills that are available to sell on the streets.

Shocking many who have grown accustomed to party-line gridlocks, recently Congress passed a new bill to increase resource allocation to emergency departments and treatment providers, strengthening our prevention and intervention methods in broad strokes across the country. As described in the legislation, healthcare professionals, especially those combating opioid-based medication and heroin abuse, will have greater resources to address prevention and treatment, like enhanced education tools and the overdose reversal drug, naloxone. It is not an overstatement to conclude that these interventions would save lives.

Congress' resolution to meet this ongoing public health crisis full on will be tested, though, when they return from their summer recess in September and must work together to allocate funding to the admittedly costly bill. Advocates of reform instigated at a federal level hope that the legislators' commitment to preventing unnecessary deaths by opioid abuse continue despite the challenges of working across the aisle to identify government priorities through funding. Failure to fund the legislation leaves it unable to be implemented and essentially useless.

Thanks in part to the amount of attention the opioid epidemic has drawn on the national stage, many states are taking their own steps to end the overdose crisis. This summer, Texas became one of the first states to partner with pharmacies to make naloxone, an anti-overdose drug capable of reversing an overdose long enough to get a patient to emergency medical support, available to consumers over the counter without a prescription. This is an important step in both saving lives and helping to get addicts into treatment.

The urgency for solutions like these can't be overstated. Private insurance claims that included an opioid dependence diagnosis increased more than 3,200 percent in just seven years from 2007 to 2014. Drug dependency during pregnancy also skyrocketed more than 500 percent during the same time period, endangering the lives of both mother and child. According to figures released this year, 2016, nearly two million people are estimated to be addicted to prescription opioids. Our responses to the opioid epidemic on a state and federal level are not about determining whether or not we have a problem, but how we can save as many lives as possible.

Although many programs intended to curb the opioid epidemic are spearheaded at the federal level, only a consolidated effort between crisis intervention and addiction treatment teams on a local level combined with wide-scale funding with structural support provided at the state and federal levels will be able to properly address the opioid epidemic and concomitant loss of life our country is currently experiencing.