Choosing the healthiest seafood can be tricky: While many fish are high in protein and omega-3 fatty acids, some contain unwanted levels of toxins. These tips will make your decision easier.

By Suzannah Evans, SELF 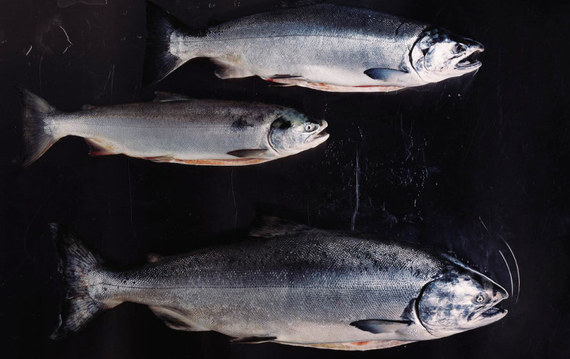 Shrimp They're loaded with protein and vitamin D. Too bad that a 2014 Oceana study found that 30 percent of shrimp in stores and restaurants were mislabeled or misrepresented--e.g., some were sold as wild-caught Gulf shrimp when they were actually farmed. (Most farmed shrimp come from polluted waterways in Asia and are heavily treated with antibiotics.)

Oysters These low-calorie morsels are excellent sources of omega-3 fatty acids as well as iron. And thanks to their short life cycle and algae-based diets, oysters are less likely to pick up harmful pollutants from their environment or their food. This makes them one of the healthiest types of seafood you can eat--cooked or raw.

Swordfish It may be hearty and satisfying, but swordfish has been found to contain high levels of the industrial pollutant mercury, which it picks up by eating smaller contaminated fish. Mercury can harm development of the nervous system. That's why the FDA recommends that women who are pregnant or planning to conceive, as well as children, avoid swordfish altogether.

Rainbow Trout Protein-packed rainbow trout has flaky white or pink flesh and an almost nutty flavor; the freshwater variety tends to have a milder taste than seagoing trout (also known as steelhead). Either way, trout is a safe pick: The type you see at the market was likely raised in man-made rivers (called raceways) where it has little to no contact with pollutants like mercury.

Atlantic Salmon Salmon is a healthy-diet staple, but because it's raised in crowded offshore pens, farmed Atlantic salmon is sometimes given antibiotics to prevent disease. It's often imported (the name now refers to the species, not the ocean it came from); some nations may have looser restrictions on antibiotic use.

Wild Alaskan Salmon All types of salmon are high in omega-3 fatty acids, as well as phosphorous and the essential vitamins D and B12. But most domestic salmon is wild Alaskan salmon, which swims free. Unlike its farmed cousin, this type of fish doesn't need a protective dose of antibiotics (or an artificial boost in color).

Tuna Although it's a tasty and affordable source of lean protein, tuna has gotten a bad rap. The FDA does recommend that women limit consumption of albacore tuna, which can be high in mercury, to 6 ounces a week. Ahi, bigeye and yellowfin can also have unhealthy levels of toxins. However, canned light tuna, if not mercury-free, is still considered to be relatively low in mercury.

Flounder High in omega-3s and protein, yet low in calories, flounder is an ideal but often overlooked fish. Like other types of flatfish, flounder has niacin, B vitamins and phosphorus. It's also an excellent source of selenium, an essential mineral that works as an antioxidant to help fight damaging free radicals. As for mercury, flounder's levels are very low.