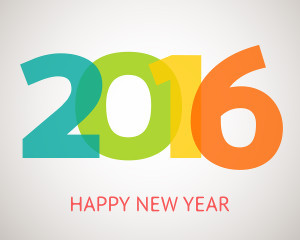 While you are probably aware of the various State and Municipal Minimum Wage increases that went into effect January 1st, you may not have the new poster. We have provided those posters on our website Resources webpage for your convenience. As a reminder, New York and West Virginia changes went into effect December 31, 2015. Other states including Alaska, California, Colorado, Connecticut, Hawaii, Massachusetts, Michigan, Nebraska, Rhode Island, South Dakota, and Vermont took effect January 1st and increases to the minimum wage will go into effect July 1st in Washington, DC and Maryland. August 1st will see changes to Minnesota's minimum wage. Be sure to check our Resources page for the appropriate posters for your state.

Don't forget that some counties and cities also have minimum wage regulations. We have attempted to list those on the Resources page as well. If you don't see your city or county, go to the jurisdiction's website to download a poster at no charge.

If you reimburse your employees for business-related mileage, you will be glad to know that effective January 1st, the IRS rate for business mileage reimbursement was lowered to 54 cents per mile, down from last year's 57.5 cents per mile. See details here.

Companies required by OSHA to post Recordkeeping Form 300A have until February 1 to get their records in order. Form 300 A is a summary log of work-related injuries from the previous year (2015) that OSHA requires non-exempt employers to post for employees to see between February 1 through April 30. Forms 300, 300A, 301 are available on OSHA's Illness Recordkeeping Forms Web page. You can also find the forms and instructions on the MJMS Resources webpage under Forms and Reports. California employers will find those particular forms on the same page.

Some businesses, like establishments with 10 or fewer employees, as well as certain industry sectors, are partially exempt from OSHA Recordkeeping requirements. See the exemption list which was revised effective January 1, 2015.

For several months the buzz has been around the US Department of Labor (DOL) which was considering significant changes to the overtime rules and even took public comments on the proposed changes last Fall. Under the proposal, the minimum salary for an exempt employee (not eligible for overtime) would rise from the current $455/week to approximately $960/week. The salary floor for "highly compensated" employees will also be raised to a proposed $122,000/annual.

There has been considerable discussion on the proposal and the expected approval and implementation may not happen until the 3rd quarter of 2016. Don't wait for the rule changes, start reviewing your employees' wages and prepare for the inevitable.

Once again California has a host of new employment-related laws that went into effect on January 1st, 2016. We will just briefly mention key changes in this section, but will provide more detailed information in future blog posts and future newsletters.

As for "school visitation leave," it has been expanded to include use of leave to find, enroll, or re-enroll his or her child in a school or with a licensed child care provider or address a childcare provider or school emergency; and expands the list of individuals authorized to take school visitation leave to include a step-parent, foster parent, or person who stands in loco parentis to a child.

A Few Changes in Other States

California is not the only state to make changes to employment laws effective January, 2016. Here are just a few worth noting:

Margaret Jacoby, SPHR, is the founder and president of MJ Management Solutions, a human resources consulting firm that provides small businesses with a wide range of virtual and onsite HR solutions to meet their immediate and long-term needs. From ensuring legal compliance to writing customized employee handbooks to conducting sexual harassment training, businesses depend on our expertise and cost-effective human resources services to help them thrive. This article first appeared on the MJ Management Solutions blog.