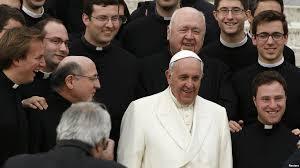 "Kathryn is just finishing up with another guest," she said. "Then you're on."

At 9:47 a.m. Raaker introduced me to her listening audience, briefly mentioned the book I was promoting and then launched into the most original apology I have ever heard. And I have two children.

"I am so sorry, Greg," she said. "I COMPLETELY forgot 10 ministers were stopping by today."

Now we all have our own absent minded moments; mine occur at least three mornings a week when I can't remember if I poured water in my coffeemaker before flipping the "on" switch, never mind that my water tap and coffeemaker are a mere inches apart. My wife recently bought a Keurig brewing system for her tea, complete with a clear water reservoir and a blue light that, when flashing, silently says, "By the way, Earl Grey and English Breakfast taste better if you pour water in this plastic apparatus first." I'm thinking of commandeering her machine.

During a recent eye exam, my ophthalmologist speculated my sudden vision deterioration may be related to the contact lens that I'd left in my eye for over a month. "When did I put that in?" I asked, as if she knew the answer. To this day I can't remember inserting the lens. I do know that, since its removal, my golf game has improved dramatically.

Raaker's brain freeze, however, takes middle-aged forgetfulness to an entirely new dimension, as I jokingly reminded her during our brief interview. "Who forgets about 10 ministers?" I asked. Yes, this was WCVX, an AM, Christian-oriented radio station, so it stands to reason one might forget about a minister or two stopping by to remind listeners that yes, the annual bake sale/car wash/potluck supper is right around the corner at the First United Church of Wherever. But not 10.

Raaker was obviously not alone in her forgetfulness, as certain accommodations would have to be made before cramming 10 ministers, or 10 anything, into an AM radio studio. Most are smaller than your average New York studio apartment, albeit warmer in winter and much cheaper to rent.

Raaker explained the 10 were part of Open Air Outreach, a collection of street ministers who preach on city blocks and college campuses. They had stopped by the studio to promote their appearance at the University of Northern Kentucky. The idea of 10 persons of the cloth traveling together struck me as odd since it's not a site one typically sees. On two separate occasions, I spied Chicago's late Francis Cardinal George in an airport courtesy lounge. The man who presided over one of the country's largest Catholic populations was accompanied by a lone assistant who, I assumed, was running interference lest any passengers approach George and request a pre-flight blessing.

Not only would I never forget the impending arrival of 10 ministers, but I would have a list of questions at the ready, specifically:

The only religious figure who might know what it's like to constantly be surrounded by others of his kind may be Pope Francis. While watching news accounts of his recent U.S. visit, I noticed there seemed to always be a "school" of priests swimming alongside him. I wondered if such a humble, solitary-looking man preferred this or if he would be happier traveling solo. If the pope and his accompanying pack ever want to stop by my house and answer that question, my door is always open.

Also, your Holiness, I make a mean pot of coffee. Sometimes.