A new survey reveals what’s motivating single women to head to the polls, and (surprise!) issues involving reproductive health and equal pay are at the top of the list.

A Web survey featured in the March issue of Elle magazine breaks down which issues young women are most concerned about as they prepare to cast their votes. The survey of mostly single millennial women was conducted in partnership with the organization American Women.

An article about the survey published on Elle.com offered a look at the candidates young unmarried women find most likable as well. As for which candidates gave them a "warm, favorable feeling," 49 percent felt such feelings when they thought about Hillary Clinton. Bernie Sanders came in second with 37 percent.

It's also important to note that 86 percent of all single women said the odds were low when it came to voting for a candidate who called women such names as "fat pigs," "slobs" and "disgusting animals" (as Republican candidate Donald Trump has in the past). Among Republican women alone, 73 percent said it was unlikely that they would vote for a candidate who described women this way.

So how many single women are planning to head to the polls with these views in mind? According to the survey, nine out of 10 reported that they are "almost certain" they'll be at the ballot box to cast their votes for president this year.

See more of the findings included in the survey on Elle's site.

PHOTO GALLERY
How President Obama Is Influenced By His Daughters
Download
Calling all HuffPost superfans!
Sign up for membership to become a founding member and help shape HuffPost's next chapter
Join HuffPost 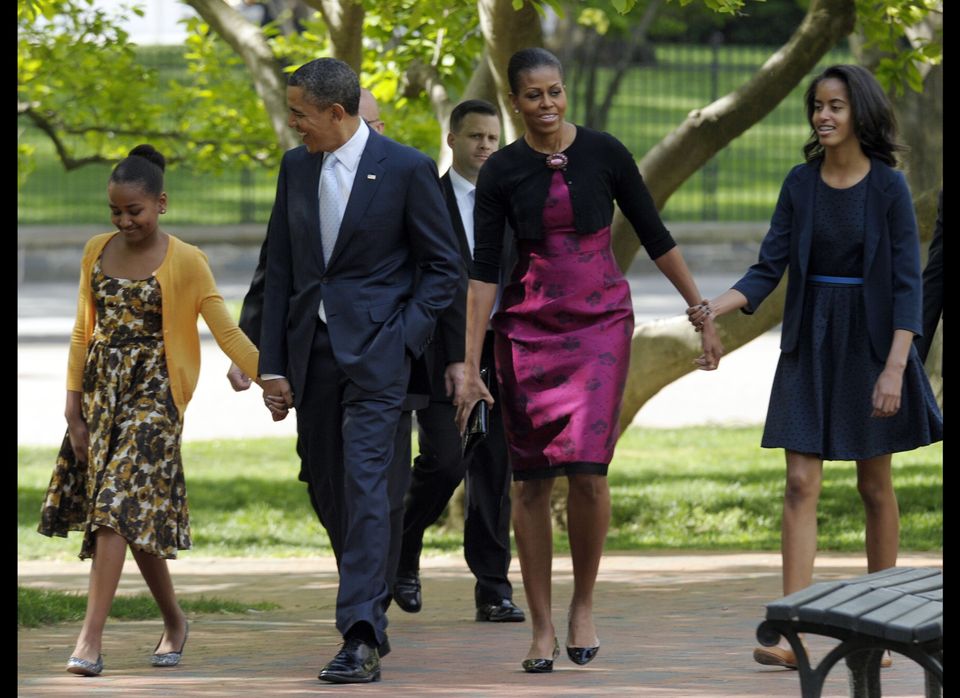 1 / 6
March 2012
<br>On <a href="https://www.huffpost.com/entry/sandra-fluke-obama-rush-limbaugh_n_1316631" target="_hplink">his decision to call Sandra Fluke</a> after Rush Limbaugh disparaged her for advocating insurance coverage for birth control. <br>"I thought about Malia and Sasha, and one of the things I want them to do as they get older is to engage in issues they care about, even ones I may not agree with them on. I want them to be able to speak their mind in a civil and thoughtful way, and I don't want them attacked or called horrible names because they're good citizens." <br>(AP Photo/Susan Walsh)
AP