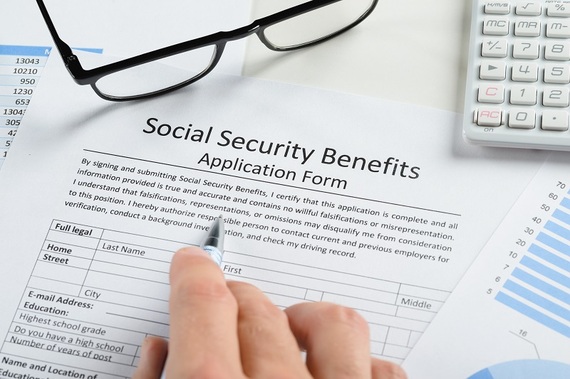 Millennials -- people born between 1981 and 1997 -- face unique concerns when it comes to saving for retirement. Previous generations could rely on company pension plans, which are declining in number, and Social Security, which is experiencing deficits that threaten its existence. Millennials need to plan strategically and early in order to adequately prepare for retirement.

How Long Millennials Have to Work Before Retiring

This year is the first time millennials are expected to surpass baby boomers as the largest segment of the workforce -- one-third -- according to the Pew Research Center. Estimating their retirement income, saving and investing now are essential steps for millennials to take whether or not the Social Security program changes dramatically over the next several years or decades.

Read: How to Become a Millionaire Using Just Your 401(k)

What Exactly Is Social Security?

It's something that many millennials might not receive. Social Security is primarily the Old-Age, Survivors, and Disability Insurance federal program, which keeps approximately 20 percent of all Americans over the age of 65 above the poverty line.

What Will Social Security Be in 30 Years?

"Social Security will change because it is unsustainable at its current rate," said Jamie Hopkins, a professor at The American College's Retirement Income Program.

According to a summary of the 2015 Social Security annual report, Social Security's rate of expenditures have exceeded its income since 2010 -- and the government has difficulty paying benefits with no surplus.

It projects that the cash-flow deficit will average about $76 billion between now and 2018 and will continue to climb and worsen as the number of beneficiaries -- mostly baby boomers -- continues to grow at a faster rate than the number of workers.

"Social Security will still exist because it is needed and we made a decision as a country to take care of our elderly," said Hopkins. Nearly one-third of elderly Americans rely on Social Security for basic necessities, and Hopkins believes that a complete dissolution of the system would throw the country into chaos.

Bearing the reserve depletion projections in mind, however, changes to benefits are likely forthcoming. According to the Social Security 2015 report summary, "Lawmakers should address the financial challenges facing Social Security and Medicare as soon as possible. Taking action sooner rather than later will permit consideration of a broader range of solutions and provide more time to phase in changes so that the public has adequate time to prepare."

"There may even be a testing portion of Social Security that would reduce or completely eliminate benefits for those individuals with large amounts of retirement income or wealth," said Hopkins. It's hard to say what Social Security will look like in 40 years, but a complete overhaul of the program is inevitable, according to Hopkins.

Half of all millennials surveyed by the Pew Research Center in 2014 believe that Social Security will go bankrupt before they retire. However, with government data on tax income pointing to a continuation of about three-quarters of scheduled benefits through the end of 2089, millennials will likely receive some Social Security -- just possibly not as much as Americans receive now.

How Much Social Security Will Millennials Receive?

Let's assume that the government will pay three-quarters of scheduled benefits through the end of 2089, as per the current projection. Using the current average retiree's Social Security monthly payment of $1,294, and assuming a 2 percent inflation rate, a retiree's benefit will be $2,587.83 in 35 years. If the government will only pay a maximum of three-quarters of that amount, the total Social Security monthly payment will be $1,940.88.

How Much Do Millennials Need to Save for Retirement?

How much you should save per year depends on your age and how long you plan on working until retirement. "You will need roughly 70 percent of your current income in retirement to maintain the same standard of living," said Hopkins.

Related: What's the Best Way to Invest My Retirement Money?

What Millennials Should Do Right Now for Their Retirement

"Contrary to popular belief, millennials are good savers," said Peter Drake, a Fidelity retirement expert. In fact, according to a survey from T. Rowe Price, millennials save 8 percent of their paycheck, which is close to the 9 percent that baby boomers save -- and since baby boomers are closer to retirement, they're expected to save more.

Read: 42 Ways to Save For Retirement

Since millennials don't know how much government support they will have during retirement, they need to start saving now. Here are a few good retirement savings tips:

If this all seems insurmountable, just remember that even setting aside a small amount of each paycheck will pay off later. For example, $25 a week invested at 5 percent interest for 40 years can grow to more than $140,000. And when it comes to capitalizing on the power of compound interest, the sooner you start saving, the better.

This article, Here's What Social Security Will Look Like by the Time Millennials Retire, originally appeared on GOBankingRates.com.