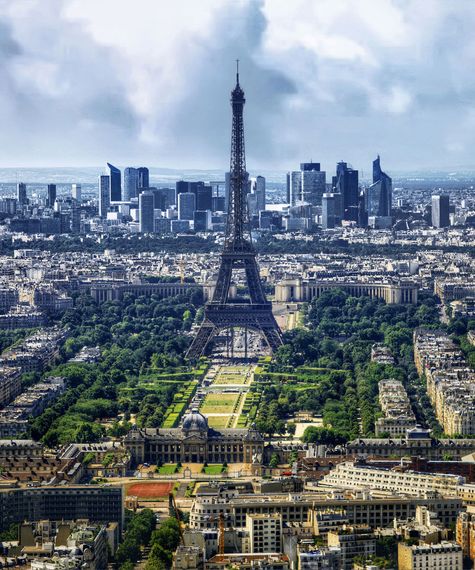 Across the U.S., and especially in major cities, "starter homes" -- that is, smaller, entry-level properties attainable for individuals, couples, or families just starting out -- are increasingly hard to come by. In numbers, that means a 40% inventory drop nationwide since 2012, along with a 6% increase in the share of income needed to purchase one.

A longer, narrower road to homeownership may be the new reality for most younger Americans, but what's the situation like in other cities around the world? Do first-time house-hunters overseas have to save for a long time? And how do their options look once they get there?

To get a taste, Curbed talked to real estate agents in half a dozen cities: Tokyo, Stockholm, Paris, Addis Ababa, Cape Town, and Kansas City, MO -- one U.S. metro area where starter homes are still relatively within reach.

Ahead, take a closer look at the attributes of a typical starter-home buyer in these cities and the market that person can expect. 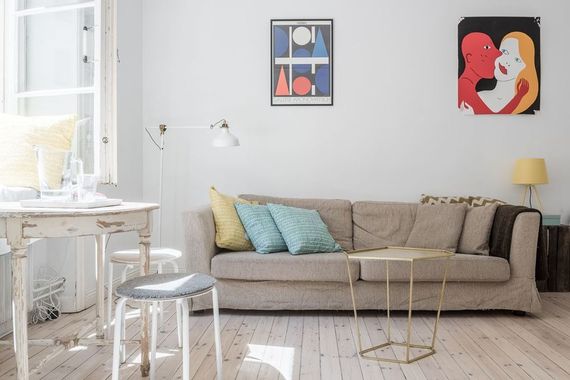 In 2010, Sweden introduced a mortgage cap of 85%. Whereas home buyers could once theoretically finance 100% of their home purchase, they now have to put down at least 15% cash up-front. The goal there was to decrease the appetite for financing, but according to Staffan Tell, spokesperson for the Swedish real estate site Hemnet, the law has only created a "new culture where parents are much more involved."

Tell says Stockholm home prices have gone up 60% in the last five years, with more and more people (primarily first-time buyers who don't have well-off parents or relatives to pitch in on the down payment) getting shut out of homeownership. "There's quite a lot to choose from," he says, "but you need to have the money." 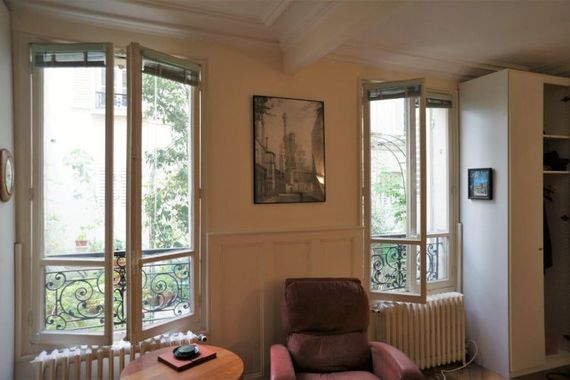 According to Kathryn Brown of Paris Property Group, current home prices in Paris proper are sort of "15% off" what they were three or four years ago. Combined with an increased inventory and low mortgage rates of 2 to 2.5%, she says it's a great time to buy a starter home.

Still, the price tags can be a bit eye-watering. Brown brings up her friends, a working couple with their first baby, who are scoping out a three-bedroom apartment in the 13th arrondissement -- which, along with arrondissements like the 18th, 19th, and 20th, are the areas on the edges of Paris where one would commonly find starter homes. The property in question is an 860-square-foot flat asking €645,000 (~$727,300). This, Brown says, is a "pretty attractive deal." If young families need more square footage at an affordable price, the only answer is fleeing to the suburbs.

Brown also points out that, in the larger scheme of things, homeownership is just less important in France, where people tend to marry later (or never), retreat often to family property in the countryside, and embrace an appealing rental market where rents fluctuate on a fixed amount, rising and falling with the cost of living. "I've been shocked to meet people who have been living in the same apartment for more than 20 years, and they don't own it," she says. 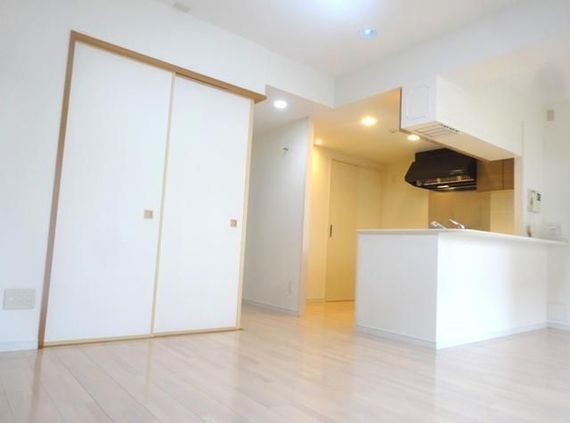 The typical Tokyo metro area starter home would be an apartment (around 750 square feet) or detached wooden house (around 970 square feet) located in the outer suburbs. According to Zoe Ward of Japan Property Central, the average Tokyo office worker has about a one-hour commute by train each morning.

Ward says that though buyers traditionally favored brand-new homes, recent increases in the price of new construction has created interest in existing and older buildings. In any case, Tokyo "starter homes" are less first homes than once-in-a-lifetime purchases. "People will either rent or live with parents and in-laws until they are able to afford to buy their own home," Ward writes over email. In fact, this kind of permanence often extends to the entire neighborhood.

She explains: "What happens is that the first round of young families will move into a new condominium complex or housing subdivision, and end up staying there for the next 40 years, while everyone grows old together. The result is that the complex starts to resemble a retirement village. Newer families no longer move in, since they all move into the newer complexes as they are being built." 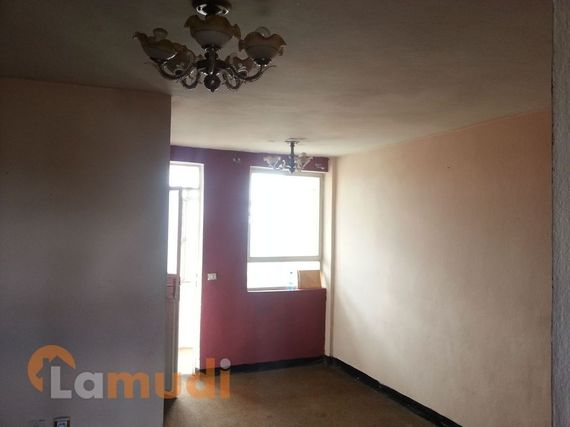 Sometimes referred to as a "huge construction site" by locals, the Ethiopian capital of Addis Ababa is going through a real estate boom, with inventory of new residential and commercial properties rising sharply. However, Stefano Polimeno, country manager at real estate site Lamudi Ethiopia, says the concept of a "starter home" is still difficult to define in Addis Ababa's developing real estate sector. For one, home buyers typically need to make full payments up front, since mortgages remain a new, uncertain product for both banks and consumers.

With housing developments popping up all over the place, many in suburban areas up to 60 minutes away from central Addis Ababa, the city's growing real estate market is already seeing the importance of "location, location, location." Couples and young families, the common "starter home" buyers in Addis Ababa, will find the most affordable options farther out from the city center. 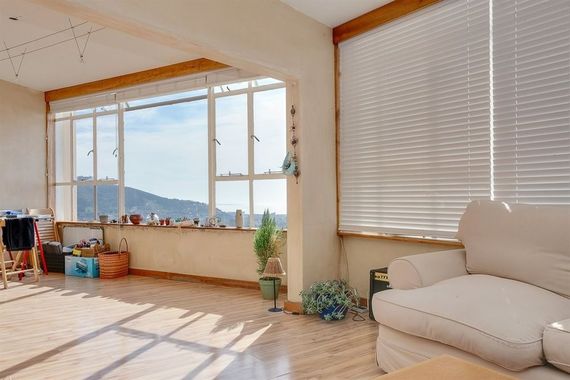 The demand for homes is dramatically outpacing supply in Cape Town, leading to price inflations of about 10-20% per annum in recent years, according to Marthinus Botha of Greeff Properties. As a result, even suburbs that were once considered affordable are now seeing surges in property values.

Connections via MyCiTi (bicycles are allowed on its buses) to more outlying routes surrounded by nature, such as Milnerton on the West Coast, have supported sales to buyers who enjoy cycling to work and exploring beautiful peri-urban areas over weekends," she writes over email.

Barrett also notes that just like the rest of the world, South Africa is seeing a steady increase in the number of people living alone. Moreover, seeing how the average mortgage applicant in South Africa is 34 years old and the largest age group in Cape Town is currently the 25- to 29-year-old cohort, demand for starter homes in the city is expected to bulge in the next five years. This, Barrett says, is all reinforcing the "trend towards densification and micro-housing," as developers are responding by building nearly four times as many condo properties last year as they did in the early 2000s. 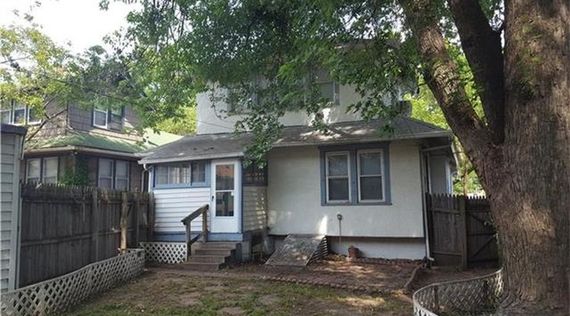 While Kansas City is more starter-home-friendly than many other U.S. cities, local agents say the inventory of affordable homes is far outstripped by demand. According to Century 21's Tracy Hopkins, who mostly works with first-time buyers in Kansas City's outskirts and suburbs, there is no surplus of small starter-friendly homes in the area. "It's a real seller's market," she says.

Curtis Jay of Boveri Realty Group often works with buyers looking for downtown apartments and notes that inventory for anything in the $175,000-$340,000 range is "very, very low." He does, however, note an upcoming surge of micro homes in the area. Jay mentions developers working on move-in-ready properties of around 350 to 600 square feet, likely targeting recent college graduates.