A few weeks before I went out to LA to run the marathon I got an email from my buddy Chris asking what I was doing on Saturday after the Big LA 5K and if I'd like to accompany him and his g/f (and my co-worker) Vic to watch the Olympic Trials from the VIP section.

I couldn't say "yes" fast enough and I can't be filled with more gratitude for the generosity of including me in this auspicious event.

It was kind of surreal being there. We were mere feet from the athletes as they were preparing for the race and even closer to the course once the race got under way.

At this point, everything that can be written about the Trails has been written so for my post today, I'll treat you to some select photos and videos I was able to capture from this exciting day. 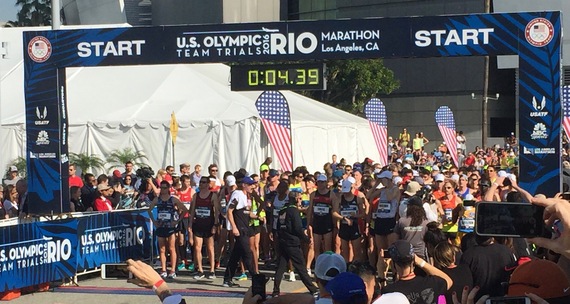 The men's field lines up to start the festivities 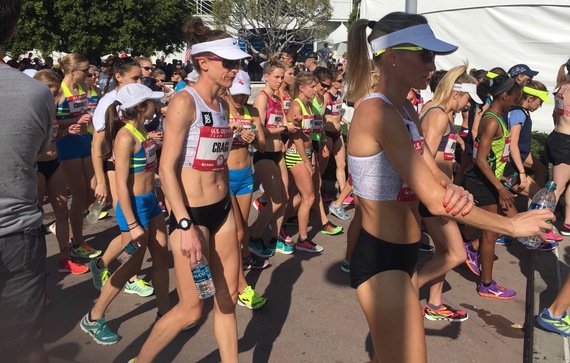 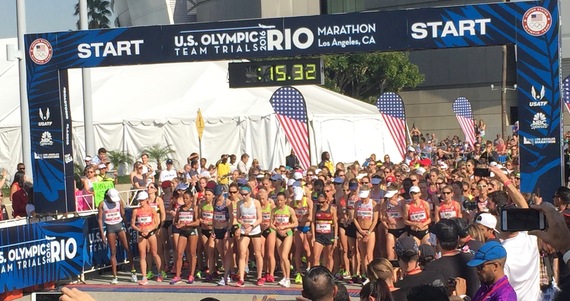 Women's race about to get underway 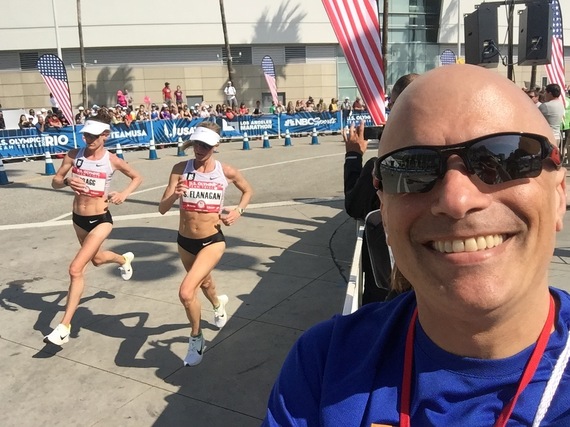 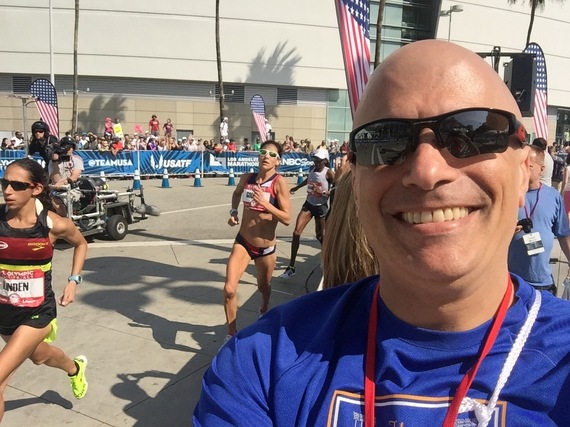 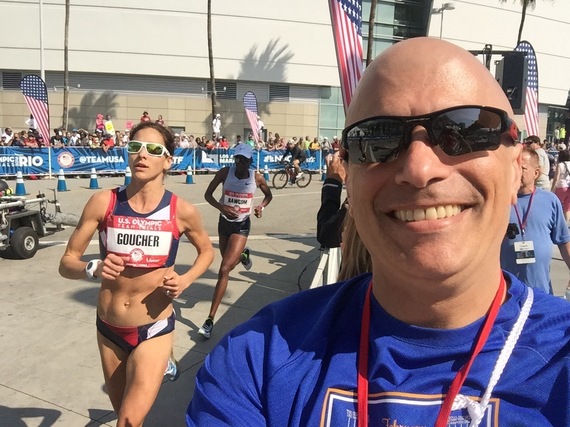 You can check out my videos of the race on DirtyOldSneakers.com.