Throughout 2015, the gig economy has gained traction, driven by mobile, on-demand platforms where workers can capitalize on their skills and create work schedules that better meet their needs, consumers enjoy greater convenience, and companies gain greater visibility and control over large distributed teams.

With growing consumer popularity and business adoption, the future of the gig economy is bright and will expand well beyond the industries it currently touches, like retail, home services and food delivery. The gig economy is poised to have an even more significant impact in the next five years, and some of these trends are already in motion. So what's next? 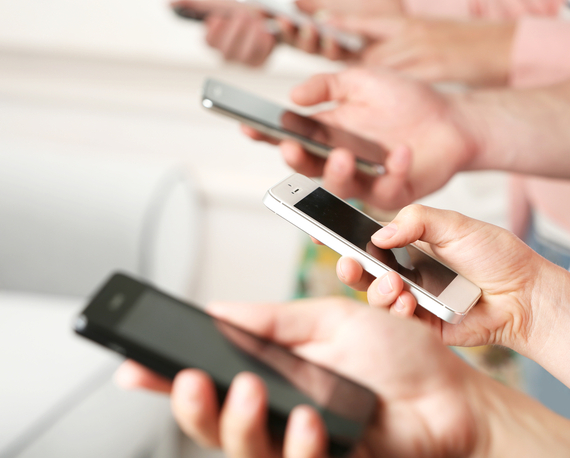 Infiltration In The Enterprise

We will continue to see rapid adoption of the on-demand model by the enterprise sector. Implementation of technology for managing on-demand mobile workforces will expand dramatically as geographically distributed organizations want increased control and rapid scalability provided by the on-demand model, and workers want both control and flexibility over their work schedules. This trend will accelerate as mobile becomes the de facto standard for not just communication, but for assigning, managing and executing work across large organizations.

There is a popular misconception that the gig economy is made up entirely of young people looking for supplemental income. While Millennials are thriving in the gig economy, they represent only one element of a diverse and growing workforce. According to our recent survey of more than 1,000 freelance and on-demand workers, there is a large contingent of workers age 60+ freelancing in professional services and educational services such as tutoring or college counseling. As the use cases for tapping into mobile, on-demand labor platforms continue to grow and change, contingent workforces will become even more diverse.

Rapid adoption of mobile technology in the developing world is accelerating the gig economy on a global scale. Freelancer models and improving collaboration tools are becoming more common for sharing work across country boundaries. Transportation (e.g. Lyft/Blablacar/Didi Kuadi, Uber) and hospitality (e.g. AirBnB) are already established on a global scale. As cell phones become the de facto technology for work, especially in developing economies, management of geographically dispersed teams in the on-demand model will become more common. McKinsey has estimated that on-line talent platforms, including the gig economy, could provide up to 72 million full-time-equivalent positions, and boost global GDP by $2.7 Trillion by 2025.

Thanks to the recent explosion of apps providing on-demand services, the conversation around how we classify freelance workers has gained widespread attention. Both public and private leaders are driving a call to action to resolve this classification issue. For example, Senator Mark Warner (D-VA) has advocated for a new labor category for the gig economy. As we move into an election year, there will be increasing pressure on the presidential candidates to not only advocate for change but craft actionable proposals to address labor reform. As the gig economy spreads and contingent workers become a core component of the enterprise business model, the private sector will gain a greater stake in the debate and increase the pressure on the next president sworn into office to drive change.

While the government will play a crucial role in adapting and enforcing labor regulations to protect the growing contingent workforce, ultimately the private sector will step forward to offer innovative solutions to solve the problem of benefits, provide training and create forums for open discussion. We are already seeing companies like Peers.org gain traction in alleviating concerns around benefits like health insurance. Other companies, like Crowded.com, have launched training programs and office hours where workers can discuss needs and concerns.

The gig economy has already demonstrated tremendous value for employers and workers alike. Employers benefit from better tools to manage large, distributed workforces, and workers benefit from greater flexibility and control over their work schedule. That said, the gig economy is set to undergo substantial changes in 2016 and beyond. Expansion into the enterprise and the emergence of a new classification system are just some of the shifts we can expect. One thing is for sure, though: the gig economy is here to stay.