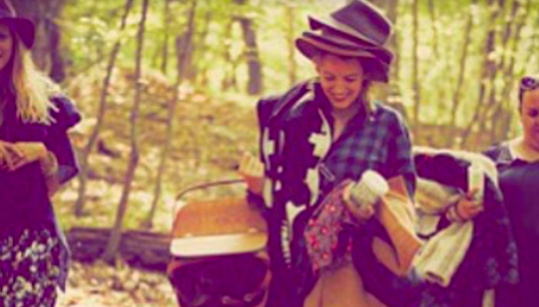 Last summer Blake Lively launched her own business venture called Preserve. And this Summer she announced plans to close up shop. Those are the facts. But, as is so often the case, there are many more details. Let's discuss.

First and foremost I have to say that, as an Internet entrepreneur myself, I've learned a lot watching Blake launch her company and I've also learned a lot watching her wind it down gracefully. As always, Blake continues to be a beautiful role model - inside and out. Here's what we can learn from her example:

1. Internet ventures are hard. But seriously. In an age where we have so many "overnight successes", mainstream media doesn't talk about how hard it is to achieve this type of success. First and foremost, achieving success is not as simple as coming up with an idea and building it. It takes so much more. You have to put the right team together, prioritize the right features on your website, launch at the right time, tell your story in an appealing way to the media and the public, and ultimately build a solid and committed customer base to make your venture financially lucrative. All of these pieces have to fit together like an intricate puzzle. Blake mentioned, for example, that she launched her website six months too early. Before it was ready. She believes this was a big factor in its failure to take off.

2. Fame and money can't buy success. This is perhaps one of the most important takeaways from the Preserve case study. So many times entrepreneurs claim that they ran out of money and this is why they failed. So many times they hope for that huge celebrity endorsement. There seems to be a belief - a hope - that if you find the right financial or marketing partner success will surely come. But, perhaps this is not true. Blake Lively has 4.2 million Instagram followers and in just a year her company racked up 439,000 followers. Her company was featured on pretty much every popular media outlet including Vogue, Vanity Fair, People, Entertainment Weekly, The Washington Post, and more. Not to mention that Blake Lively has plenty of money herself and a slew of wealthy connections. But still, it wasn't enough.

3. Sometimes you have to take a step back in order to take a step forward. Blake has made it very clear that she created Preserve to make a meaningful impact in the world. After about a year of hard work, she realized that her website just wasn't living up to its potential. So she decided to shut it down and start over. In her own words "I'm not going to continue to chase my tail and continue to put a product out there that we, as a team, are not proud of." But just because Preserve is over doesn't mean that Blake's mission is over. She plans to come back strong with a new venture. And that's exciting. That's progress. That is a perfect example of losing a battle but still vying to win the war.

4. Failure isn't embarrassing. Ok this is important. Failure is definitely is not fun and it is definitely not a small deal. But it also definitely is not embarrassing. Seriously, it just never will be. Because the ultimate "it" girl has been there and done that. Thanks for helping us all feel better about ourselves, Blake. Jokes aside, failure is simply part of life. Whether you're an average Joe or a celebrity like Blake, we all have failures and disappointments. Which brings me to my next point...

5. Positioning is key. I've been very impressed by the way Blake got out in front of the news when she decided to close Preserve. She knew that, as a public figure, admitting defeat would generate a lot of buzz. People might laugh. The haters would hate. The naysayers would claim vindication. But she didn't hide. She didn't try to quietly turn off the lights. She didn't shy away from comments. In fact, she did the opposite. She publicly announced the site's closing on Vogue! Then she discussed it on social media. She has been honest. She has been humble. She has laughed. She has graciously thanked and included her fans and supporters. And in doing so she has set an example for all of us.

6. Humor is your friend. In her Vogue interview, Blake admitted, "I'm totally terrified out of my mind!" And then she laughed. That's right, she laughed. "I've asked my husband to just play 'Shake It Off' on a loop." Laughter is medicine. It's good for the soul. Blake knows this. And her love of humor is good for all of us. Because it's refreshing to see another person not take themselves or life too seriously.

7. Perspective is important too. Blake has expressed a deep understanding of life in her analysis of Preserve. In her own words "[The news will] blow up and I'll look like a jerk and everyone will be really horrible. And then the new news will come out and I'll look like a hero and everyone will be really nice, and then the new site will come out and half will be nice and half will be mean again. I mean, champagne problems--thank God these are the things I get to complain about." My takeaway: The sooner you can learn to be unaffected by public opinion, the sooner you'll be able to make a real difference in the world.

Thanks, Blake, for being an inspiration. I can't wait to see your next venture unfold! We here at Avelist are rooting for you! Want more good advice? Head over to Avelist. Learn from others. Adult together.

A place to find useful information from the people who've been there. Learn from others. Adult together.