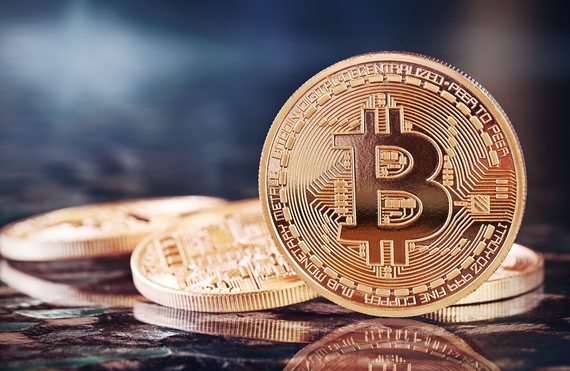 While many people have heard of Cryptocurrency, it is still shrouded in much mystery and misunderstanding. In this article, we'll try to unshroud this new and exciting trend. To put it simply, Cryptocurrency is a decentralized virtual currency based on cryptographic software. CryptoCurrency relies on public and private keys to make transfers between individual. The great thing about cryptocurrency is that transactions are anonymous and untraceable. The decentralized nature of CryptoCurrency empowers individuals and eradicates the need for financial institutions.

The cryptocurrency market works very similar to FOREX (Foreign Exchange), however, with Cryptocurrency, there is no centralized bank or institution. Buyers and sellers rely on cryptography to secure transactions and control the creation of new 'coins.' Don't let the word 'Coin' fool you, though, as cryptocurrency has no physical coins. The so-called coins are bought and sold through certain exchanges, and the value of these coins can fluctuate quite a bit, from day to day.

Where did this CryptoCurrency Come from?

The first decentralized form of CryptoCurrency was introduced to the world in 2009, by an individual (or group) operating under the pseudonym 'Satoshi Nakamoto'; this was dubbed 'Bitcoin' and is now the standard under which other cryptocurrencies operate. Bitcoin uses the SHA-256 cryptography, designed by the U.S. National Security Agency (NSA).

As mentioned earlier, Bitcoin users keep their balances in pairs of keys which consist of private keys and public keys. These 'keys' are actually long strings of numbers and letters, determined by a mathematic encryption algorithm. The public key is the address (much like a bank account number or a credit card number) which is published online, allowing users to trade, buy and sell with their bitcoins. The other 'private key' is used to authorize transfers, which is a PIN number, and is generally kept secret (or private) by the users so that only they can use it for transactions.

The backbone of the Bitcoin is the block chain. Whenever you purchase a bitcoin or purchase something with bitcoins, these transactions are recorded to a block chain, which confirms that the owner possesses the bitcoin.

When you download a Bitcoin wallet, you are basically downloading the block chain so that you as well as every user of bitcoin has a copy of the entire bitcoin network. The 'wallet' is actually a program that will generate an address to receive and transfer bitcoins. While the whole process is a bit complicated, the action of setting up a Bitcoin wallet is actually very simple. Simply download the program (wallet) and then use it to purchase, send and receive bitcoins.

The Emergence of the Altcoins

Because of the relative success of bitcoins, shortly after their creation, other forms of Cryptocurrency began to emerge based on the basic concept of Bitcoin. For instance, in April 2011, Namecoin was introduced, and a few months later the Litecoin came into being. These alternative cryptocurrencies were dubbed 'altcoins.' One of the great things about the Litecoin, introduced in October 2011, was its use of 'Scrypt' for the hash function, rather than using SHA-256 that bitcoin used. With Bitcoin, to generate (or mine) bitcoins, you required an ASIC machine; this often required a massive amount of dedicated computing power to mine the coins. With the Litecoin 'Scrypt' the Bitcoin miner no longer needs the ASIC machines.

While there are a lot of new altcoins emerging, many people feel safer sticking to the established coins. However, much can be said for checking out the newer startup altcoins, as the reward can be much greater in a shorter amount of time for investing in these new startups. You should do some research before plunging into the unknown waters, but for a small investment in such coin startups, the dividends can be out of this world!

While how this cryptocurrency works may seem a bit complicated at first, once you actually get into it, you'll find you don't really need to know exactly HOW it works, but just to know it does work. If you have any experience trading in FOREX, it will probably seem familiar to you. The only difference is that this is a virtual currency, which means there is no physical money involved. The talk of it being decentralized means that you can trade in CyberCurrency without 'Big Brother' looking over your shoulder. It also means that you are going to take some risk in trading in this virtual currency. However, the rewards of trading can make the risk worth it, especially when it comes to newer altcoin startups, where you can get in at the ground level and watch the value of the coins rise over a short period. It is important to know, though, that as with trading of any kind, the real trick is in knowing when to get in and when to get out.

Whatever you decide, whether you want to trade in these virtual currencies, or simply provide a 'nest egg' of sorts, in case our 'real' economy collapses, I would encourage you to do some in-depth investigation, and look into the myriad of options available.