The rescue featured in the video above looks like something out of a movie.

The surreal video features two dogs, a boxer and German shepherd, galloping with cars down the 210 Freeway in southern California on Saturday.

"They were just on the freeway, don't know how they got there," Rochelle Vargas, a motorist, told NBC Los Angeles. "I just had to stop and save them."

Vargas and another driver captured the dogs after the two pups cleared about a mile of heavily trafficked concrete near the intersection of the 210 and 605 freeways. They were given water, which they gulped down, and sent to an unnamed animal shelter in nearby San Gabriel Valley.

The Huffington Post contacted the three closest shelters to the rescue site. None have confirmed that the dogs are at their facility, but one did say they received a boxer and a German shepherd last weekend, though they are unsure if they are the dogs from the video. 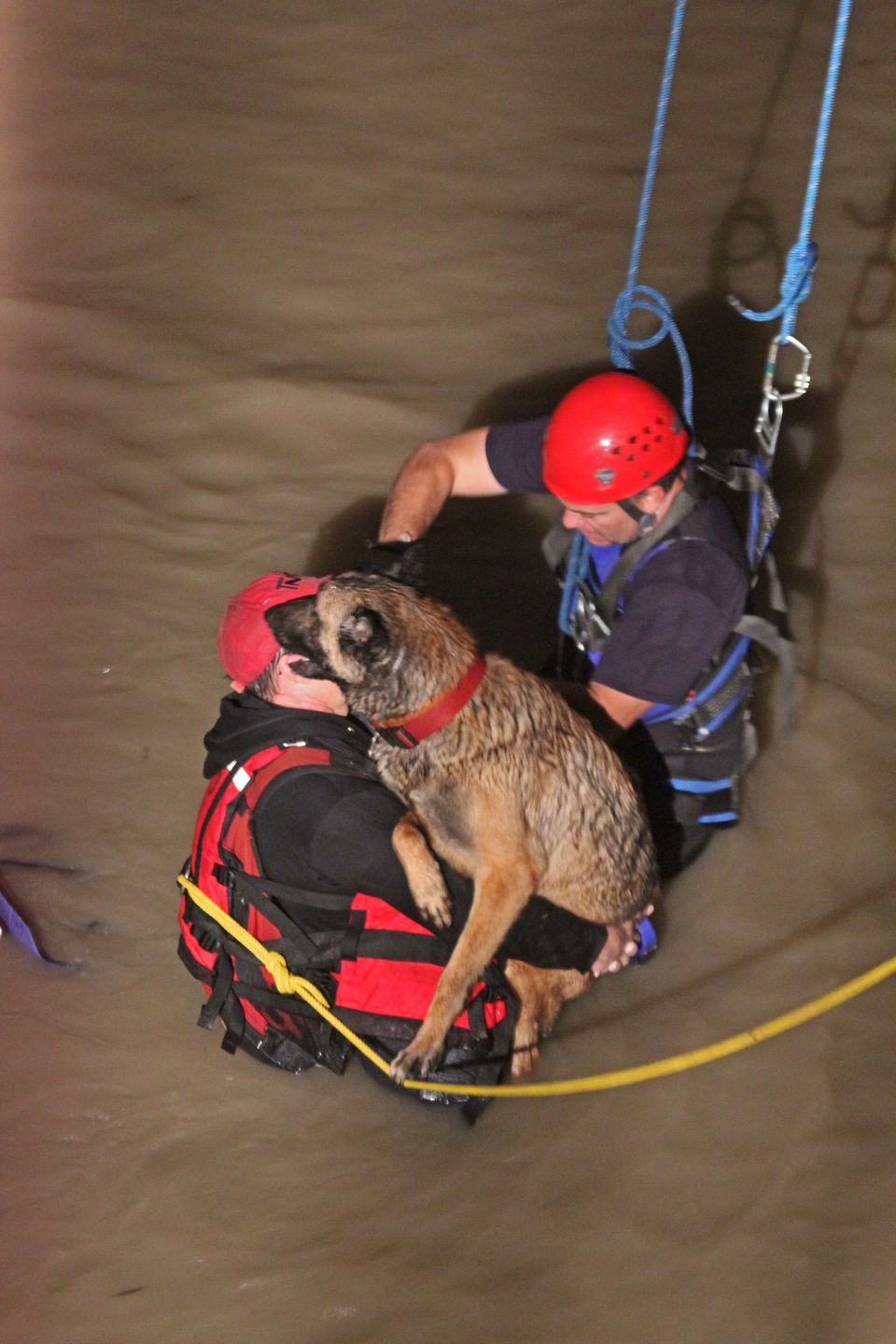