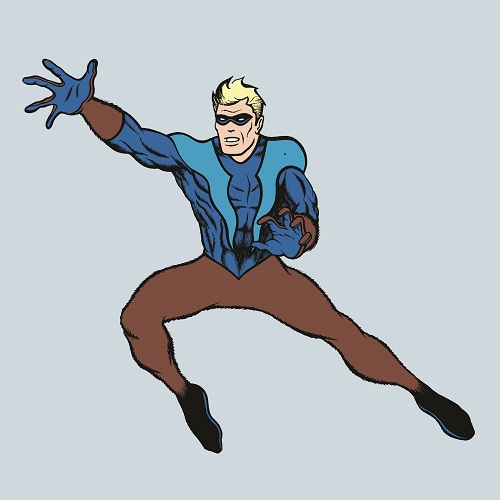 Illustration from Tales To Demolish, by Eric Haven © 2006

Some common definitions of a hero:

hero |hi(ə)rō|
noun ( pl. -roes)
a person, typically a man, who is admired or idealized for courage, outstanding achievements, or noble qualities: a war hero.

Also:
--the chief male character in a book, play, or movie, who is typically identified with good qualities, and with whom the reader is expected to sympathize.
--(in mythology and folklore) a person of superhuman qualities and often semi-divine origin, in particular one of those whose exploits and dealings with the gods were the subject of ancient Greek myths and legends.
--(also hero sandwich) another term for submarine sandwich

As you can see, the term generally gets us somewhere between a man and a sandwich!

We've known what a hero was even before we ever knew there was a word for it. Most of us have had the experience of witnessing the actions of another and being humbled and filled with awe. And it's easy to give the title "hero" to athletes and musicians, first responders and men and women in the military. Even some politicians get the title.

At times, we even recognize the heroic actions of everyday people like coaches, teachers and mechanics. Sometimes it's those closest to us -- our parents, grandparents and older siblings -- people who can do no wrong in our eyes.

Most heroes will tell you that they're just ordinary people who did the right thing. They didn't plan it or seek it. They didn't even realize they were being heroic and don't really feel they deserve the title. They were just being human.

I'd like to take this opportunity to send out a message of gratitude to some of my own heroes.

Thank you to our embattled teachers, who more often then not have to right so many wrongs on their own time and with their own money.

Thank you to the brave civilians who have stepped up in the face of grave circumstances -- both here in the U.S., and especially, right now in Japan. Until now, we've never truly had to deal with the collision of progress and nature on this scale -- a calamity so huge as to defy description.

And thank you to a group of individuals I've come to recognize as heroes ever since I started the One World Futbol Project -- the individuals in the U.N. Sport for Peace and Development world, who do their magic in the harshest, most difficult places on Earth.

Sport for Peace and Development 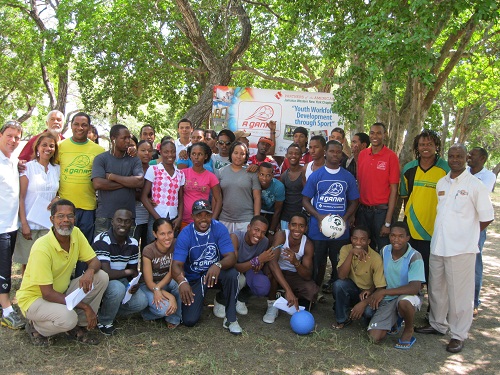 A group from A Ganar, the flagship sport for development program of
Partners of the Americas. (Photo: A Ganar)

Sport for Peace and Development has emerged in recent years as one of the most effective movements for improving the quality of life for millions of people around the world on a daily basis.

There are dedicated men and women who go into war zones, refugee camps and disaster zones to organize sports in order to bring healing and normalcy to individuals who so desperately need them. They bring back stories of everyday people that have changed my own perceptions of "hero." Here are a couple that stand out in my mind:

In an isolated area in the heart of the Congo, where soccer is one of the only things that offers any hope, there is a man who walks for a day and a half just to find a pump for the ball that 200 children share. This man patiently and routinely makes this journey on foot, just so the children of his community can play. It's even harder when the ball has worn out or is punctured, and he must venture even further to find a replacement for it. And, to think that I complain when my wireless doesn't download fast enough!

But the story that most changed my understanding of what a hero could be came from a volunteer who had set up a sports program in an isolated region of Africa. This volunteer asked one little boy in the village who his hero was, fully expecting to hear, "David Beckham" or "Drogba" or maybe his father or tribal leader. Instead, the little boy thought for a moment and then pointed to his playmate, a little boy sitting next to him.

He said, "He's my hero." This caught the volunteer by surprise, so he asked the boy to explain. The boy answered, "He is my hero because he has a long-sleeved shirt that he can wad up and tie into a knot that we can use for a ball to play with." 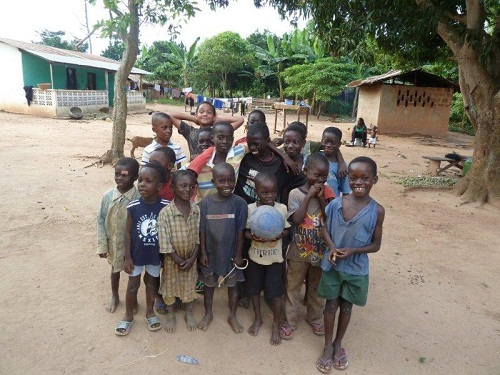 A group of boys in Ghana pose for a photo after kicking around the One World Futbol. (Photo: Semester at Sea)

American novelist Bernard Malamud once said, "Without heroes, we are all plain people and don't know how far we can go." I have my heroes, but none are greater or more meaningful than that boy with the long-sleeved shirt. It doesn't take superpowers to help change people's lives for the better. Sometimes it just takes a ball -- or a long-sleeved shirt.

Who are your everyday heroes? Share your stories and inspire us.