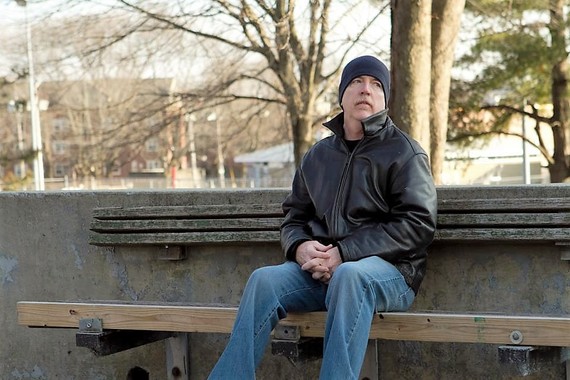 There is nothing on this planet more euphoric than sticking a needle into my vein, watching the blood register like a snake slithering quietly before it strikes its prey, slowly pushing down on the plunger, feeling the warmth moving up into my shoulder, exploding into a head-to-toe rush the instant the white liquid hits my heart. It's without a doubt, a hundred times more exhilarating than that millisecond right before you explode in a massive orgasm.

I'm in love. Nothing can stop me from getting heroin. I will rob you. I will manipulate you. If my mouth is moving, I am lying. I don't care who you are or what kind of history we had together. You are nothing to me. Heroin is my god.

But I wasn't always a scumbag. I was a star athlete in high school. I graduated from a prep school near Boston. My parents were both teachers, and I grew up in the best section of town. We weren't rich, but I had plenty of food, new clothes, access to my parents' cars and girlfriends. I was popular too.

Then, the night my father died, Lady Heroin spread her legs and sucked me inside of her. I only took heroin once. But after that night, heroin took me anyplace she wanted to. Nobody could save me.

I beat it. The truth is, the first year sucked. It was like wrestling a black bear. The guilt, the shame, the trails of destruction I left behind me were almost insurmountable.

In the summer of 1991, I covered the war in Bosnia and recorded Serbian snipers systematically picking off women and children as they attempted to cross the Old Bridge in Mostar, Bosnia to fill jugs for drinking water.

That following winter, I witnessed the crimson-red snow on the streets of Sarajevo. But I have never seen anything to compare with the deaths of America's youth at the hands of heroin.

I don't want to beat a dead horse. A July 10, 2016 Los Angeles Times investigative report provided details to prove what I wrote about in a Huffington Post Blog on October 2, 2015. Purdue Pharma, recklessly and without any regard for human life, orchestrated the heroin epidemic with its fraudulent and deceptive marketing of its wonder-drug OxCycontin.

From there, the market was massive and the Mexican cartels capitalized by cutting the cost of a kilo of heroin in half and flooding the streets of America with cheap powerful heroin. When I shot heroin, a bag cost 30 dollars. Today, in some American towns, heroin costs less than a six-pack of beer.

Can we stop the epidemic?

Yes, but the federal government must intervene. Heroin addiction is no longer a moral issue. Heroin use is no longer a black thing or a brown thing. Heroin overdoses are no longer a question of "if." Now it is a matter of "when."

Every U.S. Senator and U.S. Representative must unite and clear the way for "on-demand-recovery-centers" in states across this nation. If a heroin addict is dope-sick today and reaches out for help, they must be able to get immediate help. If not, they have only one option -- to get high. That means robbing or stealing to acquire heroin.

The jails are filled with heroin addicts like me. The cost to keep us locked up has become a burden on society. The crime rate in cities across America are climbing every month due to the heroin epidemic.

The answer is simple.

From the West Coast to East Coast, from North to South, we must model recovery centers like the W House in Hagerstown, Maryland. There, regardless of ability to pay, female addicts can acquire a bed.

This month, the women at the W House started a Facebook magazine titled, A Life Worth Saving. There they share their stories of recovery and healing.

It is an amazing example of what we can do in America if we collectively make up our minds that all lives matter. As a nation, we must stop the whispering about heroin. We must all pitch in to end the madness.

I am a Heroin Addict

Stay informed with the latest news and video. Download HuffPost's news app on iOS or Android.