When you tell people you're from New Jersey, they ask you which exit, so they can figure out if you're from north, central, or south Jersey, as it pertains to the Turnpike or even the Garden State Parkway. As a colon cancer survivor, I not only know the exits, but like many of my fellow counterparts, we know the best public restrooms on the highways and elsewhere. Every time I see the Crane plumbing symbols, I can't help but think they'd be a great sponsor for AliveAndKickn. But we have the Blue Heron as our symbol of resilience. Is it right or wrong, and would it affect either brand? This weekend, I submitted my cancer wish to Millennium Pharmaceuticals 1,000 Cranes of Hope campaign. I wished that others could be screened early and often, so they may be as fortunate as I have been in finding tumors early, and preventing them from taking their lives. I'm not sure how my wish among thousands will help, but once again, it was a crane, and not a Blue Heron. So I did a little research. According to Wiki and DifferenceBetween.com, Cranes are bigger, but Herons are more diversified. Heron's neck is coiled with a dagger-like bill but crane bills are more blunt. Cranes are more vocal and change food preferences. Herons are carnivores, and obviously come in blue, like my suede shoes, cleats, and everything else in my life. Most importantly, both are symbols of resilience, adaptability, and good health. Without any authority whatsoever, I hereby proclaim them interchangeable.

I tried out for the Cosmos, the (I guess you'd call them new) team playing in New York once again. Apparently they didn't need a 45-year-old guy with two arthritic knees and half a digestive tract. I'm glad anyway. I have enough paparazzi chasing me on a regular basis. Inaugural AliveAndKickathons New England, NYC, Philly, and Denver are moving forward, as is the second AliveAndKickathon north Jersey. Should be exciting, and painful. As the Goo Goo Dolls have sung on my iPod many times "You bleed just to know you're alive." Hmm... Iris as a symbol? Gotta look into it. Have to catch a few Goo shows this season as well. 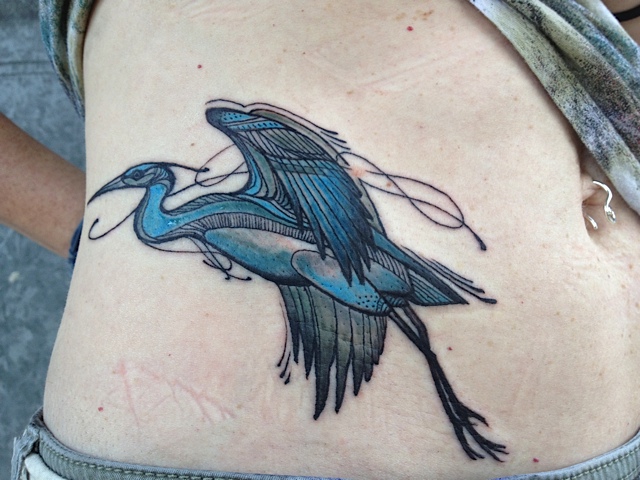