The coastal states of the North Atlantic are preparing for war. At the end of July, the European Union intends to levy heavy economic sanctions against a small island nation in the North Atlantic, marking a new era in our ongoing struggle with climate change. The Herring War, a battle over Atlanto-Scandian Herring quotas, may be the first major international conflict directly attributed to anthropogenic global warming. The outcome of this confrontation will set a precedent for climate conflicts to come. 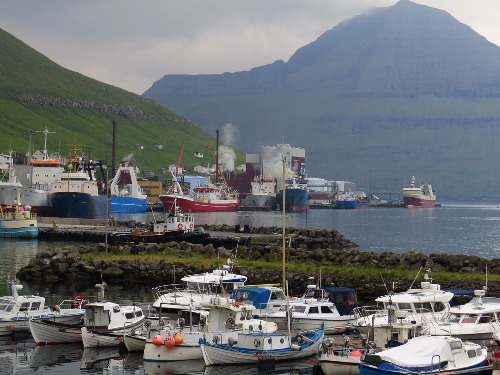 Over the last decade, the distribution of Atlanto-Scandian herring, a distinct stock from other Atlantic herring populations, has shifted. Herring have gradually become more abundant in the waters of the Faroe Islands, an independent protectorate of the Kingdom of Denmark with a population slightly less than 50,000. The Faroes, who are allotted only 5 percent of the total herring catch determined by the North East Atlantic Fisheries Council, argue that they deserve a greater percentage of the quota. This March, they unilaterally declared that they would allocate themselves nearly 17 percent of the total allowable catch.

The Faroes' claim is not entirely baseless. Recent research has shown that herring are now more prevalent in Faroese water, and current climate change models suggest that this trend will continue. Once considered "clean fisheries" (a fishery in which only the target species is caught), Faroese fishers are reporting increased herring bycatch in the mackerel and blue whiting fisheries. This creates a problem not only for herring fishers, but for all Faroese pelagic fishers. The Faroes forbids discards at sea. All fish must be landed, regardless of species, and bycatch counts towards quotas. Practically, this means that once the herring quota is exhausted, the mackerel and blue whiting fisheries must also stop.

Kjartan Hoydal, Former Director of Fisheries for the Faroe Island, believes that, although the 17% quota is much too high, the Faroes are due a greater proportion of the total allowable catch. He emphasizes that the Faroes are not asking that more herring be fished overall, they agree with the overall total allowable catch of 619,000, but that changing conditions have made it necessary for the Faroes Islands to claim a larger portion of the fishery. The EU, which has a quota of slightly more than 6 percent, have no Atlanto-Scandian herring in their waters, while Russian, whose quota is almost 13 percent, have only juvenile herring and fish primarily in Norwegian waters. Hoydal believes that these quotas need to be determined by science, not political interests, and that more comprehensive surveys are needed. Unfortunately science moves slowly, and the political posturing of the Faroe Islands may be necessary to force action in this fishery.

The North Atlantic has has a long history of fisheries conflicts. The Cod Wars that raged in 1950's and 1970's involved outright skirmishes between Icelandic and British trawlers and naval vessels. The Mackerel War of the last decade involved blockaded ports and massive scandals. Even still, the current Herring War is the first time that a unified European Fisheries Council has initiated trade sanctions against another coastal state.

The Herring War may be the first major international conflict directly attributed to climate change, but it certainly won't be the last. The North Atlantic herring fisheries are widely regarded to be among the best managed in the world. Other coastal states will look to the Herring War for both precedent and guidance in future climate conflicts. If members of the best-managed fisheries can't adapt to a changing ocean, what hope is there for troubled fisheries? According to Kjartan Hoydal, "Climate change will break up all agreements-there will be chaos."