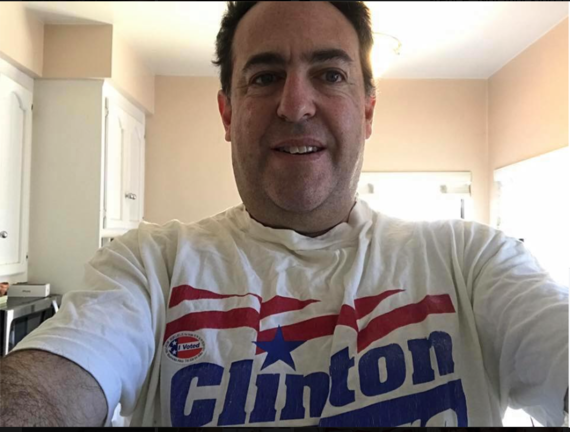 (Author's note: My wife kicked back my first draft because it sounded too much like I wanted to walk into the ocean with stones in my wet suit. Which, I believe, is a polite way of saying I sounded too bereft. But not so bereft that I wouldn't care about frostbite or shrinkage. I thinkage? )

So here's take two. Now with 50% less melancholy! Technically, I am not a psychotherapist. And I probably shouldn't be prescribing medicine. But I'm willing to go out on a limb and self-diagnose myself (and many of you.) I'm sluggish and fearful and filled with post-election existential dread. It may not be in the DSM-5, but I'm pretty certain I've got a bad case of the Blue State Blues. And there is no cure. At least, until 2020.

I think that by mid-December, it's fair to argue there have been enough harbingers that 2016 may not be "The World's Greatest Year Ever." And I feel especially stupid buying a mug at the car wash that proclaimed it just that. Prince, Bowie and Leonard Cohen left us too soon. And the teams I vicariously pin all my emotional well-being on-- the Rams, U.S. Men's Soccer, UCLA football, the Democrats -- fired their coach, fired their coach, should've fired their coach and had their coach fired with the help of Russian, state-sponsored hackers.

I had such high hopes for this autumn. This was my first hiatus in roughly 300 years in show business that I had a job I'd be returning to. When you've been on every failed sitcom since The Ropers, including some that were such disasters, you'd think they were co-productions between Warner Brothers and FEMA, this is a big deal.

The first thing I did on my break was write a new piece, without assigning any blame, about some of the societal pressures that may have contributed to my father's passing. I liked it. Everyone liked it. Oh wait, did I say "everyone?" I meant to say "everyone but my own mother." But that's another column for another day.

This autumn, I also saw an old buddy from my days in the ad game fight a courageous battle with cancer. If you ever hear me go on a long tangent about the sub-genre of masked Mexican wrestling movies, we have Tony to blame. I know he'd jump out of his grave to pummel me, if I try to schmaltz up our re-connection in a Tuesdays with Morrie's style gauziness. And I was definitely getting a little too Patch Adams, trying to make him laugh in the hospital--a point we both agreed on. But I'm touched that I got to say goodbye to a good man.

Finally, I need to address the elephant in the room. The orange, bigoted, pussy-grabbing, unqualified, misogynist, Putin-abetted elephant in the room. I know, my feelings about my post-election feelings have been well-chronicled on almost every form of social media. I've done everything but post a sorrowful peppermint bark recipe on Pinterest. But a month after the election, my visceral feelings of rage and impotence and sadness have not gone away. I'm pretty sure the clinical term is "depressed as fuck."

Almost everyone I know is experiencing something akin to profound grief. It better be, based on the number of times I've since googled "Kubler-Ross" to see if it's hyphenated. There was the shock of being so wrong about things I was certain of, like Nate Silver and the Pennsylvania firewall. And there's certainly despair to realizing that almost half the country see things so fundamentally different than I do. 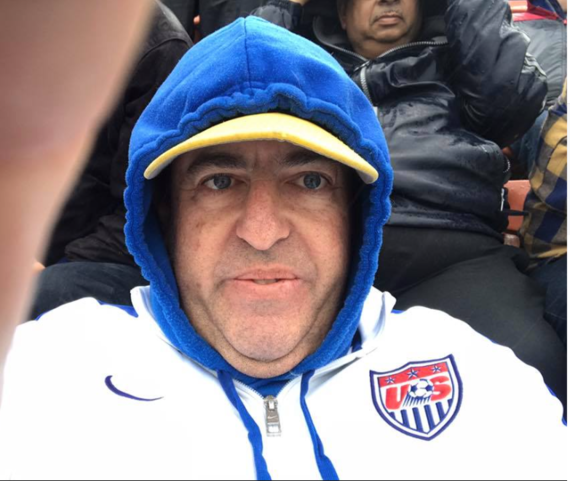 But what I think ails me most is that for the first time in my 51 years, I fear tomorrow. Not just for me, but for society's most vulnerable. And with single party control, I also have little faith the incoming administration will be held accountable to uphold the most basic civic liberties of all Americans.

I wake up every morning, still thinking that I must have dreamt the election's outcome. And that I don't know which room to go to for my calculus final. But I can save that quandary for my dream journal. To my waking mind, there is still no other explanation. Did half of Americans knowingly and willingly voted for Muslim registries for American citizens and mass deportations of people on the path to citizenship? Did they really just okay seizing access to health care from people with pre-existing conditions but bring back waterboarding. Did they intentionally shift reproductive rights and marital equality from the foregone conclusion aisle to aisle of liberties we pray don't disappear based on the caprice and piques of a reality TV host. And none of this even touches on the oligarchic, climate change-denying cabinet or the clear specter of election tampering by a foreign government. Like a four-hour Nickelback show, it's all so overwhelmingly bad, it's hard to focus on any one awful thing.

That said, I've focused particular ire on those Facebook "friends" on my feed who've demanded I "get over it" and "support our President." Like I haven't seen your 8 years of 'repeal and replace" posts. And your widely-shared canards about Huma Abedin being a secret agent of the Muslim Brotherhood. I've continually stated, if you are a Rust Belt laborer who felt untouched by the economic revival and felt the Dems never spoke to your pocketbook concerns, I get why you voted the way you did. I still feel you were conned, but I get it. But if you are a fancy pants in West L.A., who was willing to overlook the xenophobia and the cronyism and the barely-veiled anti-semitism and the open mockery of women, the disabled and Gold Star families, just so your taxes may go down, I'd like to say "I'll see you in Hell." But you already live at the corner of Hell and Rockingham."

My editor (my wife) will likely suggest I leave you with something hopeful. Ugh. It's so much easier to wallow. But okay. I did do some fun things this hiatus. I lectured to a college writing class. I spoke at a grade school career day and.. signed my first autographs! And for the evening of November 9th, I booked my first real stand-up gig ever. It wasn't Madison Square Garden, it was the back of a bar in South Pasadena. But at 50, I had my name on a bill for the first time. Of course, I didn't realize the 9th would be the night after the election. No problem. I added some topical material, almost all of which was of the "What a relief/ can you believe how close we came to fascism" nature. Plus a few jokes about wanting to sleep with Van Jones. (I was anxious, not dead). Then the results came in and thelast thing I wanted to do that day was try and make people laugh. Let alone leave my bed. But I had made a commitment. And 15 friends came and surprised me. I hope it was as cathartic for them as it was for me.

And in a small way, I see it as a microcosm of how I hope to get through the next four years. Surrounded by friends and family. Finding whatever lightness and comedy we can uncover. And just getting up in the morning, even if our bodies and minds are begging us not to. We are Americans. We are people who throughout our history have believed in our core that our better days are ahead of us, not behind us. And that's a worldview that I will never stop embracing.

Now, if anyone needs me, I'll be in my bubble, reading Slate and listening to Terry Gross for the next four years.