I would love to start out this post with a laundry list of theological credentials to back up that title but I don't have them. To be completely honest, I haven't had a church home in ages and with a very few exceptions, I haven't even heard a sermon since I was a teenager.

But I tell you what I did have. I had a Granny Huckeba and she taught me all I ever needed to know about Jesus and Christianity. Sunday School for her was not an option. She went, you went, everybody went; no excuses. You stayed for the sermon, then the pot-luck lunch at the church and then you helped the ladies in the kitchen clean up afterwards. Sundays for her were all about the faith and the fellowship. 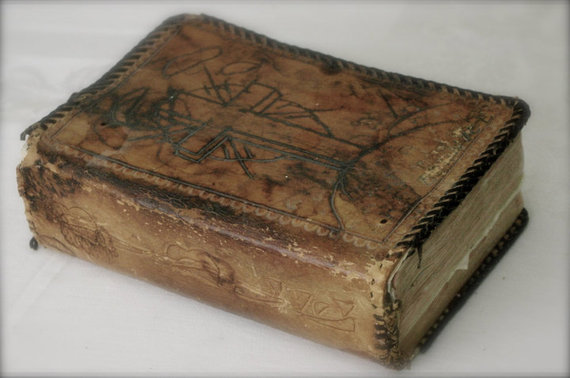 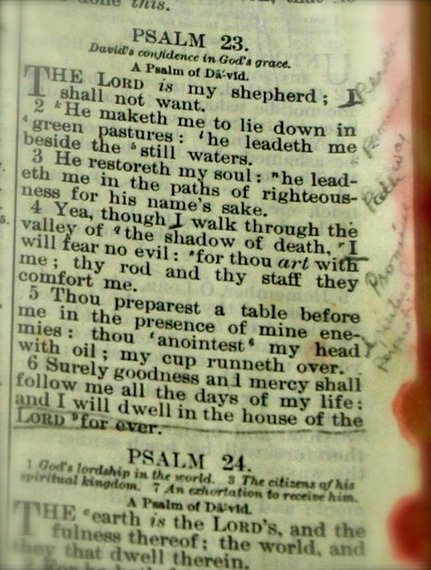 And it wasn't just reserved for Sundays. She had an old Bible that was worn and frayed and had all kinds of written notations, placeholders and highlighted favorite verses throughout it. She sang hymns in her kitchen, in the car and in the garden and she said grace over every meal. But it wasn't her dedication to the church or her cumulative hours spent listening to services and Bible studies that I learned what being a Christian meant. It was this:

Her house was broken into once and the intruders, two men, tied her to a chair, duct taped her mouth shut and stuck her in her garage while they ransacked her house and robbed her blind. Then they left her there. She was out there for hours in the West Texas heat, and she must have been in her 70s when it happened. It was horrifying.

When they found her and they got the duct tape off of her mouth, all she had to say about it was this, "My Lord, can you imagine what those poor boys lives must be like to need to do that to somebody? I feel so bad for them. We need to pray for them."

She didn't come flying out of there in a rage or in fear demanding that my dad or uncle buy her some more guns for protection. She didn't call for them to catch those bastards and have them brought to justice. She didn't acknowledge that they were racially different from her or assume that they followed a different religion and then try to get that religion run out of town. No. She just loved them as hard as she could and prayed that their lives might turn around and get better.

That one act taught me all I needed to know about being a Christian and I've carried it with me everyday since. Nothing in my spiritual life ever felt so right as that moment. It was something my soul recognized instantly as being the right path to follow. And it is also how I know you are doing it wrong.

And while I'm right here throwing stones (and I am painfully aware that I am), I'd also like to say that I'm quite sick and tired of being told that my political leanings make me less of a Christian or less a person of faith than those who lean conservatively. Last time I checked, that wasn't a very Christian thing to do either.

Just because I am pro-choice, pro-love, pro-environment and pro-gun control does not make me some kind of morally bankrupt atheist who is dead set on seeing the world turned into some kind of baby-killing, gay-agenda pushing, modern-day Sodom and Gomorrah. And I don't appreciate the implications.

Maybe I just prefer minding my own business and letting other people decided what is right for them. Judge not lest you be judged and all... And honestly, I don't know how all these finger pointers have that kind of time in the first place. I'm flawed enough for ten people. Just keeping my own ass on track and out of trouble takes up pretty much most of my day. I sure as shit don't have time to decide how anybody else should live and I certainly don't think our politicians should have that kind of time either.

Just a few days after those horrific events in Oregon, Lt. Gov. Ron Ramsey of Tennessee wrote the following on his Facebook page with a link to the application for a handgun carry permit attached.

While this is not the time for widespread panic, it is a time to prepare. I would encourage my fellow Christians who are serious about their faith to think about getting a handgun carry permit... Our enemies are armed. We must do likewise.

I tell you what Lt. Gov. Ramsey, we have piles of issues here in Tennessee that need addressing and fixing. Those issues are actually your job. I realize that it is fleeting and on the way out the door, but at the moment, there is a little thing called "separation of church and state" and it would be just great if you could pay attention to your actual job, the one I pay you to do with my tax dollars, rather than telling the people of this state that if they don't go get a gun permit post haste they aren't good Christians.

I'm sick of religion in general being dragged into every single political discussion. It is cheap and easy theatrics. But the politicians aren't going to stop. Wanna know why? Because it is emotionally manipulative and if you hit the right triggers, emotional manipulation works every single time. Just ask any D-list psychologist.

And it happens every day. Every time religion is brought into politics, some political advisor came up with that plan. And every time you get caught up in it, you fell for it like a sucker.

It may be simple psychology, but emotionally manipulating people through their religious beliefs is some slippery slope shit. It feels sinister and makes me think of another Bible quote, "Beware false prophets". Lt. Gov Ramsey may not be a false prophet, but back slapping his NRA pocket padders, (and let's be clear, that is what that was about), while ten families suffer unimaginable loss is not to me a very What Would Jesus Do situation. Not even close.

So yeah, from where I sit, you are doing it wrong. And if you need me, I'll be over here praying that the next troubled or misguided person finds some help or peace before they walk into that public place with a gun. I'll be praying double hard that it wasn't someone who bought that gun because they got emotionally manipulated into it by some politician.