So what exactly is a Trespass Parade, outside of being something blaring and whirring through downtown LA that is associated with the Pacific Standard Time initiative led by a madcap roster of artists, musicians, and dancers melding politics and art? For some, maybe that's all you need to know. For most, lets break things down just a tad more.

The very notion of trespassing, of crossing lines or violating space can imply all kinds of things. People were arguably trespassing in Tahrir Square in Egypt this spring for example. But it can take on even more meanings in the metaphorical sense. And so for a group of artists in a series of totally remixed Pasadena Rose Bowl Parade floats, sans flora, how does it manifest?

"Well, it's a healthy outlet for megolomania," says musician/organizer Arto Lindsay with a hearty laugh, alongside Evi Fontana from west of Rome. They are collaborators with the contemporary artist Rirkrit Tiravanija in this venture. And none of them strangers to trespassing or transgressing. For Arto, its jumping from the 1980s downtown New York scene to Brazil and numerous great albums in between. For Rirkrit, its moving from Argentina to New York, from high-brow accolades (like the Hugo Boss Prize) to farmland interventions in Thailand. And for Emi, the art world of Italy to the somewhat pedestrian "canvas" of Pasadena and SoCal for public art projects. 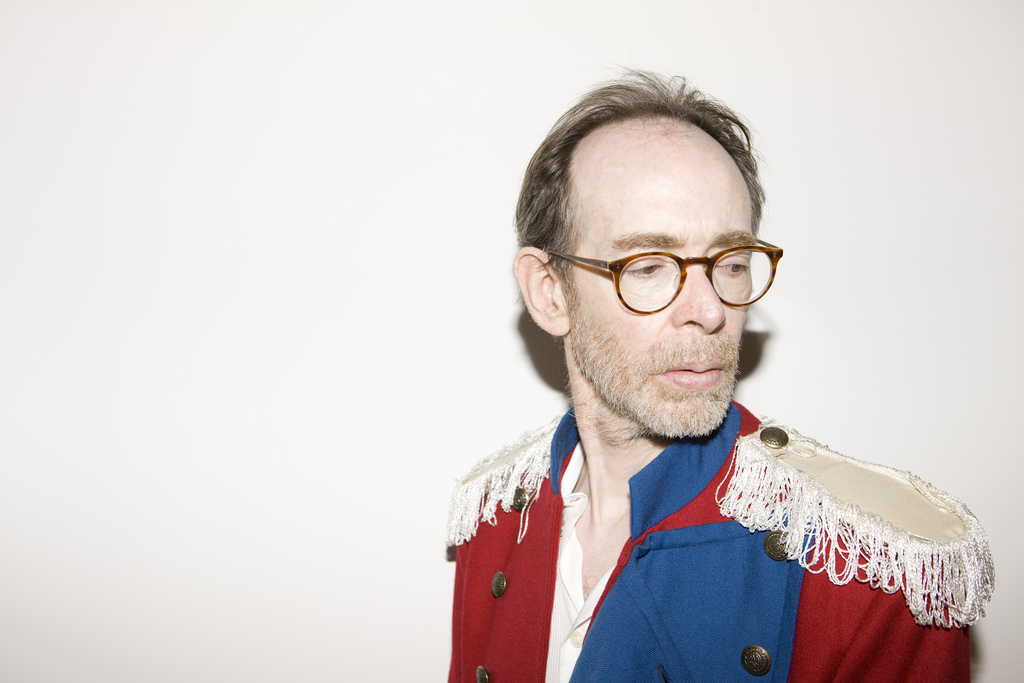 Together, with a couple of years of planning, they are a trinity of brimming ideas and vision that want to challenge notions about art and people. And maybe they even want to challenge the challengers. "I mean, you don't have say, Richard Prince, Damien Hirst, and Jeff Koons getting together on something, do you?" exclaimed Arto. Indeed, there are some self-drawn boundaries that even artists don't tend to trespass.

So, with all of that, what will this thing be? No one seems to want to own up completely on that but there are hints. There are references to a recent stunt at the W Hotel during Basel Miami, a twinkle in the eye about the "parades" in Paris and Berlin. "But none of those places are like Los Angeles and so, this will be quite different," pronounces Emi with dramatic flair. Years in the making, Arto concedes the same even though he and Rirkrit have known each other since 1980 and collaborated prior to this moment.

There will be music, somewhat akin to the Trio Electricos in Brazil or steel drum orchestras that move in many a Caribbean parade. But count on it having more of an indy feel, or noise installation tendencies and being loud. "Yeah, I hope its real loud," says Arto. And it'll also borrow from traditions like second line bands in New Orleans. "But I guess the most direct influence on the parades is the context of the parades i know best, which is Carnival itself," he says.

There will be people marching, sometimes in formation, sometimes totally random, like so many ants. And on many people, there will be t-shirts. About 60 different types. "One thing different about doing this in LA is that we had lots of artists send slogans," says Emi, whose West of Rome organization focuses on public art projects throughout Southern California. Folks ranging from Barbara Kruger to Ann Magnuson to William Leavitt contributed slogans. "Less Oil, More Courage" is one of Arto's favorites.

And if he's the Parade Master, well, you get a sense that this won't exactly be a scene from The Music Man. "Oom pah pah will give way to krik krank krunk." One definition of a parade found online was "to walk or march in public in a formal procession or in an ostentatious or attention-seeking way." That would seem to be a framework for what lies ahead in downtown Los Angeles. Arto reflects one last time. "Parades are like operas, a way of bringing so many forms together. And thinking about them as a sculpture or a song can also be useful." Still, you might bring some pom-poms or a baton as tourists and downtowners look on.

The next night, a party and fundraiser for West of Rome will also take place. Details here.

Trespass Parade, Sunday October 2, 2011 from 11 am - 5 pm. The parade starts at 19th and Broadway, up Broadway, makes a left on 1st, then left on Grand, ending at MOCA on Grand Avenue by about 3 pm, where more performances will take place.