Larry Summers, the Harvard economist and adviser to American Presidents, is traveling the world warning that the global economy is worse than people think. After his comments on women scientists--you may remember the ones which cost him his job as President of Harvard--I never thought I would say these words: Larry Summers may be right.

Summers says that the current focus on monetary policy is not enough to combat the current downward world economic trend. Yes, as I said, I think he's right. But his own solutions fall short.

Summers argues for governments to apply strong fiscal stimulus through infrastructure spending. That would surely help, but there's an additional and better solution staring us right in the face.

Let's advance women's equality globally. It's not only a fair thing to do, it's the most fiscally sound course of action--the course of action with the broadest reach and longest effect. Here's why.

According to the 2015 McKinsey Global Institute (MGI)* report, "Gender inequality is not only a pressing moral and social issue but also a critical economic challenge. If women--who account for half the world's working-age population--do not achieve their full economic potential, the global economy will suffer." The report illustrates how advancing women's equality can add $12 trillion or 11% to global growth by 2025. And that's not even its best-case scenario--that's just each country advancing women's equality to the best-in-region country's standards. Full equality for women adds $28 trillion or 26% to global growth by 2025.

In Work, worldwide, the most glaring gaps in women's equality show up in their dearth of leadership positions and unequal pay. And 75% of global unpaid work is done by women.

So yes, let's build the world's infrastructure--its highways and buildings, but when it comes to the world's bridges, the most pressing one should not be ignored. What are we waiting for? Brick by brick, let's bridge the women's equality gap...now.

Hey, Larry, I agreed with you. Will you now agree with me? Maybe we will even stop talking about your women scientists remarks if you do. 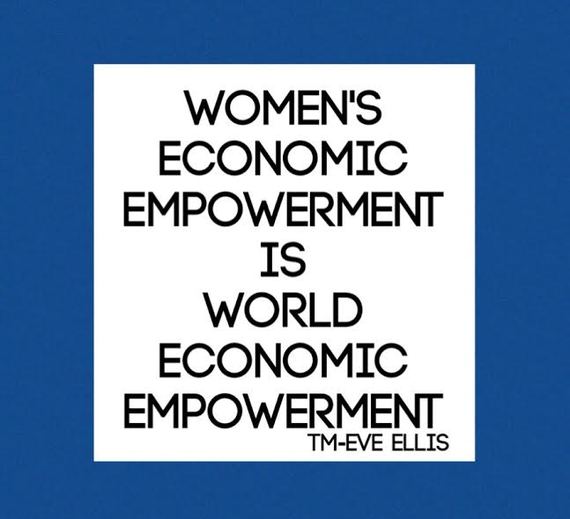