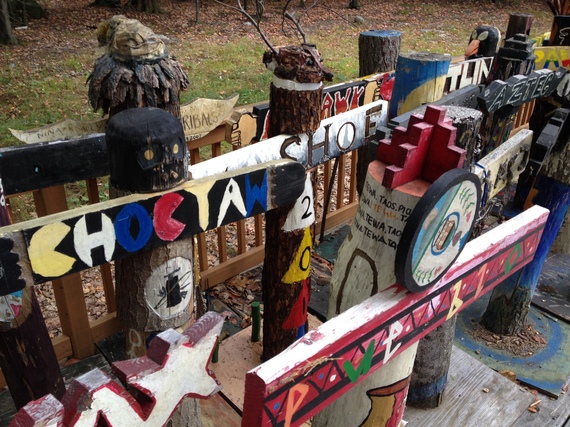 He's been wandering around the world, having a human experience, trying to find his way to catch up with the adult gay me. I've been too busy and forgot he even existed.

Not exactly sure where he got lost along the way, but he did. Maybe it was the beginning of high school where he got lost in the avalanche of fears. You know the ones about zits in all the wrong places, sprouting man hair and genitals that were taking longer to grow than the other guys, and of course who could forget the fear of what to do when you finally face going to first, second, and third base with a girl even though something told you she wasn't quite your style.

Then there's the possibility that he got lost in college. Buried under the overwhelm of all nighters preparing for finals, binge drinking to be part of the college scene, and of course making an even more futile attempt to be a heterosexual man so that the truth wouldn't surface about who I really was underneath the facade I was wearing.

But wait, we skipped the boyhood days when I was 8 and went to summer camp, only to be too afraid to take my clothes off in front of the other guys, let alone go shower with them. Boy were Mom and Dad sore when I decided to come home after two days and a 200 mile drive each way to get me to and from camp.

Of course now here I am an adult with 51 years of GO, GO, GO, make it work, be a success, go through a divorce, raise a family, start a career, leave a career, and be an entrepreneur, and my little boy is still trying to find me. Poor kid. I bet he's about worn out from chasing after me, and would like for just a moment to snuggle up for one night, and be read Goodnight Moon again.

Well. He finally got lucky! I slowed down on September 11, 2014 where he caught up with me in the Catskills of New York. Not sure how he found me, but he did. I'm sure he used his intuition, because that's a gift, he and I share to figure things out. And of course, given the fact that we share the same mind, conscious, and unconsciousness, he knew I was headed to GLP Camp with a guy named Jonathan Fields. Yeah, he knew I'd met Jonathan just a few weeks ago at World Domination Summit, but he didn't quite understand that GLP Camp was going to be where he caught up with the adult me. Nor did I for that matter. Heck, I hadn't really thought about Little Rickey, except in brief passing moments, over the years of my adult life.

I knew that I was going to GLP Camp to have some fun, but that wasn't the primary reason I went. Oh no, no, no! I was going to network and meet other visionaries and entrepreneurs in the hopes of finding collaboration partners, learning some new mind-blowing concepts for growing my business, and maybe even getting a little closer to some key players in attendance with the hopes they might think I'm a pretty cool entrepreneur and take me under their wing. Boy was I acting grown-up and all CEO of my business like, until I walked onto the grounds at Iroquois Springs Camp, and my bubble burst.

My adult ego started to shudder. The nightmares of camp yesteryear brought cold sweats to my body, and I began to fear not being fun enough, cool enough, and likeable enough, and I hadn't even stripped down to my Calvin's in front of my yet to be met bunk mates. Nervous and thankful that my partner was with me, I called forth my inner Joe Cool and told little Rickey to step aside as we made our way to our cabin -- one that we would be sharing with a bunch of straight guy strangers -- a thought that only brought on even more anxiety. What if they thought I was checking them out? How do I hide my sexual orientation? What if I pass gas in the middle of the night? Egads, I needed a Vodka on the rocks like ASAP, but that wouldn't be happening as no alcohol was allowed at Camp. What was I going to do to quell these little boy fears, trapped inside this adult gay mans body?

Suddenly, like a soccer ball blast to the head, Little Rickey stepped up right in front of me, hands on hips with a Super Man power pose that would cause Amy Cuddy to dance with glee, his eyes lit up like a campfire roaring and waiting for Smores, and he stated, in his best, I'm here to kick your butt voice, "Wake up sistah. It's time for you to enjoy camp this time and Mommy, Daddy, nor your partner are going to rescue you. You took this experience away from me once, you're not getting away with it again!" And with that, he biatch slapped me upside the head and said, "Now let's steal that extra mattress off that top bunk before anyone else gets here. If we're going to play full out at camp, were going to have to get a good nights sleep and that 4" mattress ain't gonna cut it!"

And thus began my GLP Camp adventure, and the reconnection to my little boy self, Little Rickey. For two days we played big boy CEO of our business, and little boy arts, crafts, camp games, and boot camp work outs. We even learned it's cool to shout and manifest our self-love at Intensati, discovered our Shizzle, drank totally awesome green smoothies, and learned how to get our inner entrepreneur on fire.

As nervous as grown-up gay Rickey was about letting his hair down, which is a real feat considering he's bald, I did it and I reconnected with Little Rickey. The Little Rickey that once laughed, shouted, and didn't care what people thought. The Little Rickey who said, "Hey, I'm a little different," kind of like the gal who sang the Little Teapot Song during the talent show, but that's what makes us cool. The Little Rickey that knew he was gay a long, long, long time ago, but chose to be subtle about it, but who was so damn proud of grown up Rickey at camp for just being his gay self, in his gay skin, unafraid to get down to his naked truth with a bunch of really cool straight guys in his cabin, and the rest of the campers. No we didn't get naked except in our thoughts -- you know that vulnerable nakedness like you're standing naked in Times Square.

You see, for me- - CEO Rick and Little Rickey -- GLP Camp was a validation that the more I'm just myself, the self who said long ago, "Stop Pretending, Start Living, and Just Be You," the more fun I have, the more lit up I become, and the more ready I am to go create a revolution in this world.

Who'd of thunk, that 3.5 days at summer camp in the Catskills, freezing my booty off with a bunch of like-minded, awesome, "let's be friends first and talk about business later" peeps, could lead to a reunion between my younger and present day self. Guess I came out again!

Now get outta of my way, I've got some Hot Wheels and Lego's to go play with... and yes they're the colors of the rainbow if you must go there!