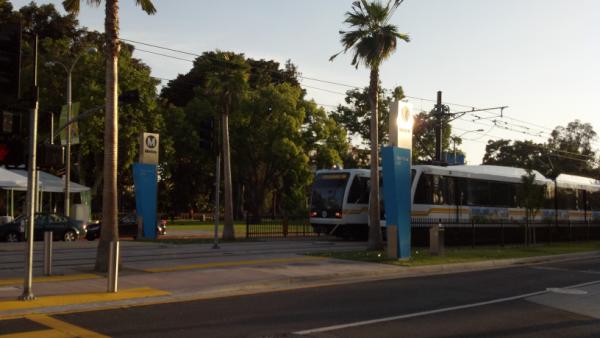 Expo Line -- On your mark... Photo by Joel Epstein

Last night I took my 17-year-old son to see Bruce Springsteen and the E Street Band at the Los Angeles Sports Arena. What a rite of passage. It seems like only yesterday that I was going to one of my own first rock concerts, Springsteen and a smaller E Street Band, at Madison Square Garden. And like my son, I was around 17 at the time. That means it was around 1977, a thought almost as scary to me as trying to get from L.A.'s Westside to downtown, as I often do, without the Wilshire subway, at rush house.

But all that is changing. As Bruce and the band sang in one of last night's many final encores, "There's a train a comin."

How was the show? Probably the best rock and blues and soul shows all rolled into one that I have ever seen. While that's no understatement, the real show in Los Angeles opened this morning at 5 am when the Expo Line started running between downtown and La Cienega Blvd. Like the special time I spent last night with my son, I'm only hoping this is the first of several critical line openings in the years to come. My Metro bucket list includes the Creshaw Line, the Green Line extension to LAX and the mother of all Los Angeles rail lines, the Westside subway extension to the VA or beyond. Hey Los Angeles. There's a train arrivin'. Just get on board. 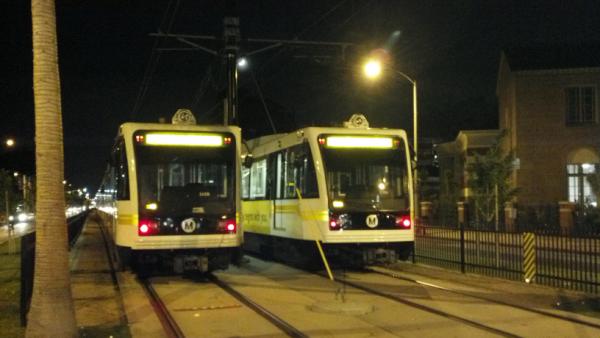