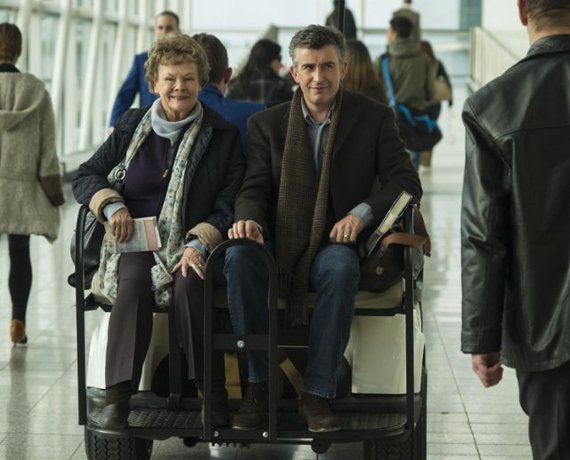 I have to ask:

When religious conservatives -- or those with otherwise delicate sensibilities -- hear the word "f**k" uttered in a movie, what happens?

Do their ears start to bleed -- or fall off?

Do they feel themselves irresistibly drawn to a dark side of promiscuity, drugs and violence?

And if that's the case when they hear it in a movie, how do they get through the rest of their lives?

I raise these issues for a specific reason. Recently, the Weinstein Company has had to engage in battle yet again with the Motion Picture Association of America over the rating for the movie Philomena, which comes out in a couple of weeks.

It's a charming and moving little film, starring Dame Judi Dench and Steve Coogan. It tells the true story of an Irish woman who, as a teen, became pregnant and was forced into the Magdalene Sisters' care. This was a horrifying brand of indentured servitude for unwed Catholic mothers that involved forced labor -- and included the sisters selling Philomena Lee's child (and the children of a great many other unfortunate young Catholic women) to childless Americans.

Now that's absolutely obscene. But the R rating has nothing to do with the subject matter.

Rather, in a world where right-wing nuts scream "nanny state" over the attempt to make sure all people are covered with health insurance, the MPAA has slapped an R rating on Philomena because the word "f**k" is uttered twice during the movie. Neither use of the word refers to sexual activity; it's an epithet, pure and simple. Twice.

(To say nothing of having to disguise it in print, as I've done here.)