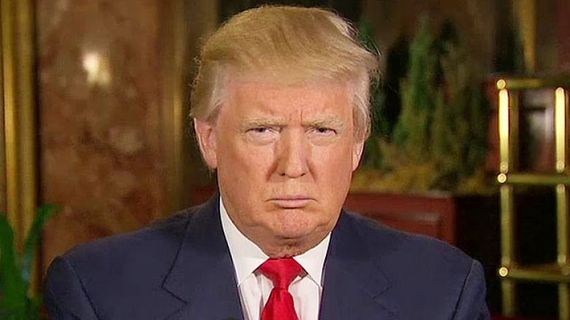 The last several weeks haven't been particularly great for Donald J. Trump. While the billionaire continues to lead Sen. Ted Cruz in the delegate count (as of April 13, the Associated Press delegate tracker places Trump with a 743-545 lead) and has won more states in the Republican primary contest than any other candidate, Trump would need to claim approximately 57% of the remaining delegates to reach the 1,247 delegate threshold to clinch the nomination on the first ballot at the GOP convention this summer. The math is increasingly working against him as the race is getting more competitive; if the first two months of the primary season were dominated by Trump sweeps in the south and talk of Trump being the inevitable Republican nominee, the last month has provided anti-Trump forces among the traditional conservative establishment with a small amount of hope that the party might be saved at the very last moment.

Beginning with a 13-point loss in Wisconsin on April 5 and continuing with Cruz's delegate sweep in Colorado's convention last weekend, the Trump campaign is experiencing the most difficult period of the race to date. For the #NeverTrump movement, the goal remains the same: deprive "the Donald" from reaching 1,237 delegates when Speaker Paul Ryan opens up the GOP convention in July. In this scenario, once the delegates get through the first round of voting, most will be able to switch their allegiances to another candidate, thereby effectively keeping the nomination away from Trump and handing it over to one of his competitors. It's the sort of speculation that political gurus like Chuck Todd, John King, and Dan Balz have been reporting on for months -- an event equivalent of the Super Bowl for politicos.

Donald Trump has long known that this is how the Republican Party operates their presidential conventions. Indeed, it has operated in this fashion for decades. And yet, instead of building a core group of campaign veterans who understand how the delegate selection process works and devoting more time to placing Trump loyalists into the delegate slots (Paul Manafort only recently joined the Trump campaign as the chief delegate strategist), Donald Trump has spent a good portion of his time taking to the airwaves and to social media in his best impression of Frank Constanza during Festivus.

Donald Trump's entire brand is built on his business acumen -- the man, after all, made billions of dollars for himself and his family. Of course, there is absolutely nothing wrong with that; the United States, after all, is a capitalist society where innovation and competition are welcome and indeed encouraged. But when Trump no longer wins, he has a tendency to lash out like a two-year old, accuse his political rivals of illegality without foundation or proof, and blame the system rather than take his licks and accept fault for underperforming. Trump, to be blunt, is more likely to throw a hissy-fit like a child in a supermarket instead of an acting like the statesman he is seeking to become.

One can certainly understand why Trump is frustrated. He has won 22 of 35 contests, 1.9 million more votes than his second-place competitor, and more pledged delegates than everyone else. When someone like Cruz sweeps all of Colorado's delegates (most of those who were running to be Republican delegates in Colorado's state convention were party activists) and is unable to get Trump supporters into the national convention as elected delegates in a variety of states (even in those states where he won overwhelmingly), Trump's temperature begins to rise and his rhetoric returns to the mix of righteous indignation, petty insults, and juvenile antics that parents with teenagers know all too well. When teenagers don't get what they want, they tend to complain and blame that the system as being "rigged" or "unfair" -- the very same words that Trump himself used on Fox News and CNN this week when asked to react to his loss in Colorado.

Donald Trump may not like how the system is working for him right now. He may strongly believe that it's unfair, and that the delegate selection process is a game that is dominated by big money interests, super PAC's, political operatives, and establishment elites. And, to tell you the truth, it wouldn't be surprising to learn that many Americans agree with him.

But this is the way the game is played. Trump and his people signed up to play the game as soon as the billionaire strolled down that escalator last summer to announce his candidacy. To complain about the rules now is not at all dissimilar from a professional baseball player complaining to the umpire that he is not getting enough hits because he keeps striking out.

Mr. Trump, stop acting like a sore loser. Either adapt, or lose more delegate races. It's about as simple as that.