Depending on the scope and topic of a keynote address I deliver, there is a point in the talk where I might tell the story about our three young goats, and why Denise and I are coaching them to publicly blog.

I even wrote a post about it entitled, "Our Three Young Children Blog ... Here's Why".

An article by Kathryn L. Mills entitled "Effects of Internet use on the adolescent brain: despite popular claims, experimental evidence remains scarce" to be published in the forthcoming edition of Science and Society suggests the fear is pure blatherskite (malarkey, if you prefer).

That sums it up nicely in fact.

The article cites fifteen different studies -- from changes to the brain, cognition, sedentary concerns and relationship to musical-training -- but more importantly she researched and analyzed 134 published studies on adolescent brains and moderate or typical Internet use. Her findings effectively debunks what is mostly prevalent in society today.

That is, parents, educators, and adults alike believe the internet is one big distraction and is affecting brain development.

This thing called the world wide web is negatively affecting the brains of our up and coming generation (well, that's what we adults think).

Indeed, in their How Teens Do Research in the Digital World report, where 2,462 middle and high school teachers currently teaching in the U.S., Puerto Rico and the U.S. Virgin Islands provided insights and opinions, Pew Research stated:

Whether these teachers are followers of Oxford University neuroscientist Susan Greenfield remains unknown. Baroness Greenfield is one of the leading opponents to increased screen time for adolescents. She has coined the term, "Mind Change" -- paying homage to a different calamity, climate change, perhaps -- indicating the internet isn't exactly bringing the best out in us, adolescents included.

As Professor of Synaptic Pharmacology at Oxford University, Susan leads a team investigating the physical basis of the mind and its implications for our understanding of human behavior, work and society. I'm sure she knows a thing or two, but Mills' exhaustive research and provocative debunking is at the very least important to understand.

Mills -- a PhD student at the Institute of Cognitive Neuroscience, University College London -- concludes her piece with the following:

In the 25 years since the World Wide Web was invented, our way of interacting with each other and our collective history has changed. There is currently no evidence to suggest that Internet use has or has not had a profound effect on brain development.

People have openly questioned me after a keynote, asking why we'd ever let a kindergarten child write a blog and interact online.

As educators (and as parents) we believe the internet is as important an asset as the physical dictionary, encyclopedia and reference books were when we were growing up. Those were our examples of screen time when we were adolescents in the 70's and 80's. 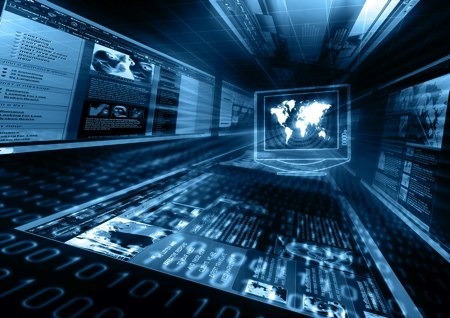 We mandate proper screen time allotment, which often is overlooked by the naysayers. Our children play, create art, build with Keva Planks, participate in sport and music, and perform in plays and operas.

Our job as educators (and parents) is to teach digital citizenship. Screen time may in fact change their brain, but we'd rather be in front of that opportunity, coaching and mentoring along the way such that they understand responsible use and proper etiquette.

After all, it's not as though the internet is going away anytime soon.