Barbara Popoli is beautiful. Her big blue eyes captivate your attention when she talks, and they sparkle when she laughs. She's articulate and well-educated, driven but empathetic, and a talented business executive who was on the fast track toward corporate stardom. At age 42, she had career success, a handsome and supportive husband, and a loving circle of family and friends so strong that any observer might say she "had it all."

So it seemed, until the day she noticed that one of her breasts had become swollen, red, and hot. Within a couple of days, the skin had become inflamed, thickened so it felt like the surface of an orange, and painful.

The next thing Barb knew, she was fighting for her life, diagnosed with Stage III-C inflammatory breast cancer (IBC). 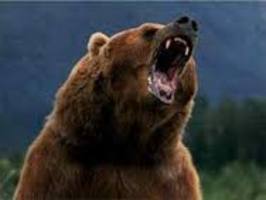 For years, ever-present pink ribbon campaigns have done a good job of educating the American public to watch for breast lumps and to rely on mammograms as early signs of breast cancer. Experience had shown that for most breast cancers, early detection would mean more effective treatment. Barb's mother is a breast cancer survivor, so Barb knew to look for that classic warning sign, and she had already started getting routine mammograms. Yet nothing had prepared her for an IBC diagnosis.

What IBC Is: Inflammatory breast cancer (IBC) affects younger women (often in their 40s) and cannot be diagnosed early. When cancerous cells of unknown origin begin to grow in layers that block lymph drainage, the skin quickly becomes swollen, thickened, and inflamed. There are rarely lumps or telltale signs, so it can hide from diagnostic mammography. In fact, it is highly aggressive with symptoms that emerge late and fast, meaning that for IBC there is no such thing as a stage I or II "early" diagnosis.

When you look up IBC on the Internet, you find nothing reassuring. The words you see include "rare," "aggressive," "insidious," and "lethal." IBC's causes aren't understood, proven effective treatment modalities haven't yet been found, and its prognosis is generally poor.

Estimates are that IBC represents 1-5 percent of breast cancer diagnoses and that the median survival period ranges between 57 months after a stage III diagnosis and 21 months if diagnosed at stage IV. These data only represent estimates and are likely low because IBC is often misdiagnosed as an infection and medical reimbursement coding (the Center for Disease Control's ICD-10) doesn't break it out as a specific breast cancer subcategory.

As a result, it's not possible to tap the national Surveillance, Epidemiology, and End Results (SEER) program (which is the main national repository of disease data) to learn IBC's incidence or mortality rates. You might more easily find out the number of people who were "struck by a macaw (initial encounter)" or injured in a prison swimming pool; these kinds of bizarre events carry discrete codes while IBC, a more frequent diagnosis, does not. 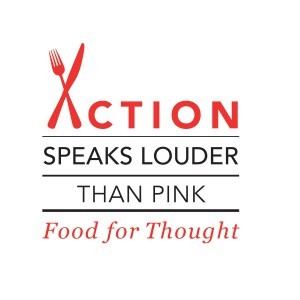 Those in treatment for IBC hope for a research breakthrough in time to save their lives. Unfortunatelym a search of SciVal Funding by Oliver Bogler, Ph.D. at MD Anderson Cancer Center, revealed to the IBC Network Foundation that only 0.3 percent of overall U.S. and European Union breast cancer research funding in the in the past decade has focused on IBC (112 grants out of a total of 35,283 grants awarded).

So... back to Barb's story: On her way to the rest of her life, she stumbled on a bear of a disease. She describes the experience as taking a walk in the woods and suddenly finding yourself trapped between a hungry bear and a steep cliff, with nowhere else to go. Do you fight the bear or jump off the cliff? There doesn't yet seem to be an obvious winning choice.

Barb is still beautiful, even without hair, and her smile still lights up a room, despite multiple phases of brutal chemotherapy, surgery, and intense radiation. There's nothing beautiful about the rigorous IBC treatment, especially since the odds of recurrence are high and her outcome is unknown.

Now, in the prime of life, Barb has no idea what lies ahead. Like many others who are fighting the same bear, she is 13 months into treatment, healing from post-surgery radiation burns, still getting chemo infusions every three weeks, and preparing for her next clinical trial. She has experienced more kinds of pain than most of us will in a lifetime. She's been bent, glued, and mutilated beyond description. Yet every time cancer tries to knock her down, she bounces back, even more determined to win her ongoing IBC battle.

Most normal people would be crushed by now, but not Barb. She still finds something beautiful and life-affirming to appreciate and to share every day -- an ocean breeze, falling rhododendron petals that mark the summer's start, or the taste of a warm apple donut. She hasn't lost her sense of humor, in spite of what she's been through. and she reminds her friends and family to "give extra hugs to those you love, and stay focused on what matters."

Barb helps me realize that as a survivor of routine, boring, run-of-the-mill breast cancer, I'm fortunate beyond measure. As cancer goes, boring is good.

In return for our good fortune, each of us who is a breast cancer survivor or caregiver can join Barb in her tireless efforts to raise funds for IBC research and press for solutions to its mysterious and high mortality rate. Her fighting spirit is inspired by the late Seporah Raizer, former Huffington Post blogger, whose last tweet said, "I am leaving, I am leaving, but the fighter still remains."

IBC patients need proven treatments that will save their lives, and they need them now. 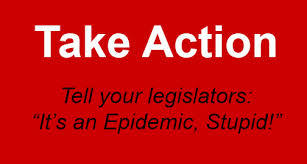