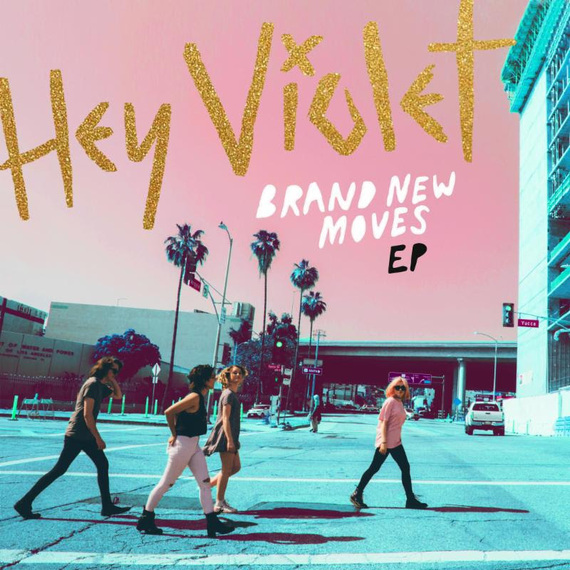 Hey Violet has new music on the way!

The five-track set is a follow-up to the group's well-received debut EP I Can Feel It.

The L.A.-based band has been in the studio for the past six months co-writing the songs with producer Julian Bunetta. "We mixed the tracks a bit '80s style with more synths and drums that sound really fat and big with a groove" says lead singer Rena Lovelis who has stepped up to assume frontwoman duties. "We're ready and excited to share what we've been working on!"

The five-track set is available for pre-order through all digital partners today. Those who pre-order now will receive an instant download of their new track "Brand New Moves." To accompany the track, the animated, stop motion video premieres today on Vevo which you can watch below.

Hey Violet are currently touring with 5 Seconds of Summer on their Sounds Live Feels Live arena tour. Fans in the Los Angeles area can see the band perform the new EP when they headline The Echoplex in on August 15.

Make sure to catch Hey Violet when they present at the 2016 Teen Choice Awards this Sunday, airing at 8PM ET/PT on FOX.

This post originally appears on Celeb Secrets and can be viewed here.