OutKast's "Hey Ya!" turned 10 on Monday, prompting internet users to collectively sigh and remark upon how old they are. It's also a time for somber reflection on the fact that OutKast may never release another album. 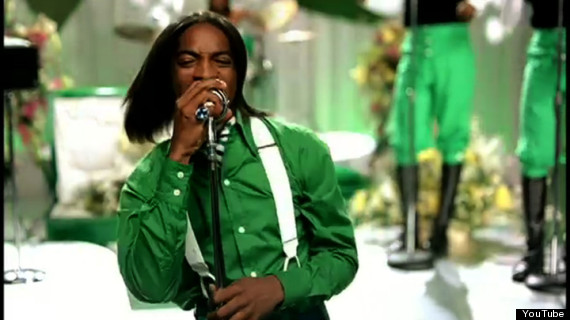 The track was a smash hit, went platinum twice and topped the Billboard Hot 100 for nine straight weeks. It bolstered interest in the double-album "Speakerboxxx/The Love Below." In the music video (below), Andre 3000 acted as all of the eight members of the live band who back the track. Good times were had.

OutKast released their last album, "Idlewild," in 2006. In the intervening years, Big Boi has stayed particularly busy. The rapper released albums in 2010 ("Sir Lucious Left Foot: The Son of Chico Dusty") and 2012 ("Vicious Lies and Dangerous Rumors"), as well as a smattering of mixtapes he hosted and/or recorded. Andre 3000 has delivered a slew of guest features that have kept rap fans rabid for a full album. Instead, they'll get to see him play Jimi Hendrix in the forthcoming biopic, "All Is By My Side."

'Hey Ya!' Is 10 Years Old
FALL MUSIC PREVIEW 2013
1 / 37
Lady Gaga - ARTPOP - Nov. 11
Pop's reigning queen of the delightfully odd recently revealed seven new songs off her forthcoming album-cum-iPhone-app, and everything we've heard so far suggests "ARTPOP" will be her most diverse outing yet. (She raps with T.I. and Twista and Too $hort makes an appearance!) A lot has changed since Gaga released "Born This Way" two years ago, and Katy Perry's "Roar" handily defeated Gaga's "Applause" in first-week singles sales, but anyone counting Gaga out is probably sorely mistaken.