For the next four months, six researchers will experience a Martian lifestyle on the Big Island of Hawaii to study what it does to their emotions.

The three men and three women, each handpicked by NASA out of 700 applicants, moved into their 1,000-square-foot dome habitat on March 28. It will be a tight fit for the second Hawaii Space Exploration Analog and Simulation mission crew, but the whole point of the exercise is to prepare for future manned, long-duration missions to places such as Mars.

Mauna Loa's volcanic soil, it turns out, is a great stand-in for the volcanic regolith on Mars. "Both volcanoes are basaltic," Kim Binsted, HI-SEAS’s principal investigator, told the Huffington Post. "Mauna Loa is like a young Mars."

HI-SEAS, which is funded by NASA and organized by the University of Hawaii at Manoa, conducted its first test at Mauna Loa in 2013 when researchers looked at cooking and the problem of “menu fatigue.” This time, the goal is to monitor crew cohesion ahead of a two-and-a-half year Mars mission currently slated for sometime around 2030. What happens to the mind, researchers want to know, when people are stuck in close confinement for extended periods of time?

Aside from coexisting and working in the tight quarters, it will be a remote life 8,200 feet above sea level. The only outside communication will be through email (which will be artificially delayed 20-minutes to simulate space communications); each crew member will only get eight minutes of shower time each week; and they will only be allowed outside if they wear the puffy simulation space suit.

Another factor researchers are trying to study is what's known as the "third-quarters problem," the point at which the project is almost over and home is close, just not close enough. “It’s the three-quarters point where we see signs of depression and difficulties," Binsted explained.

When the crew, which includes a neuropsychologist, an Air Force veteran studying human factors in aviation, and an aerospace engineer, emerges from the dome in four months, they’ll have completed studies that impact much more than just the HI-SEAS mission. The group is also working on other projects such as testing 3D-printed surgical tools, growing plants in harsh conditions, and repurposing trash into useful commodities.

“Not only does it make for a realistic mission,” Binsted said, “but we’ll be giving NASA a really big bang for their buck.” 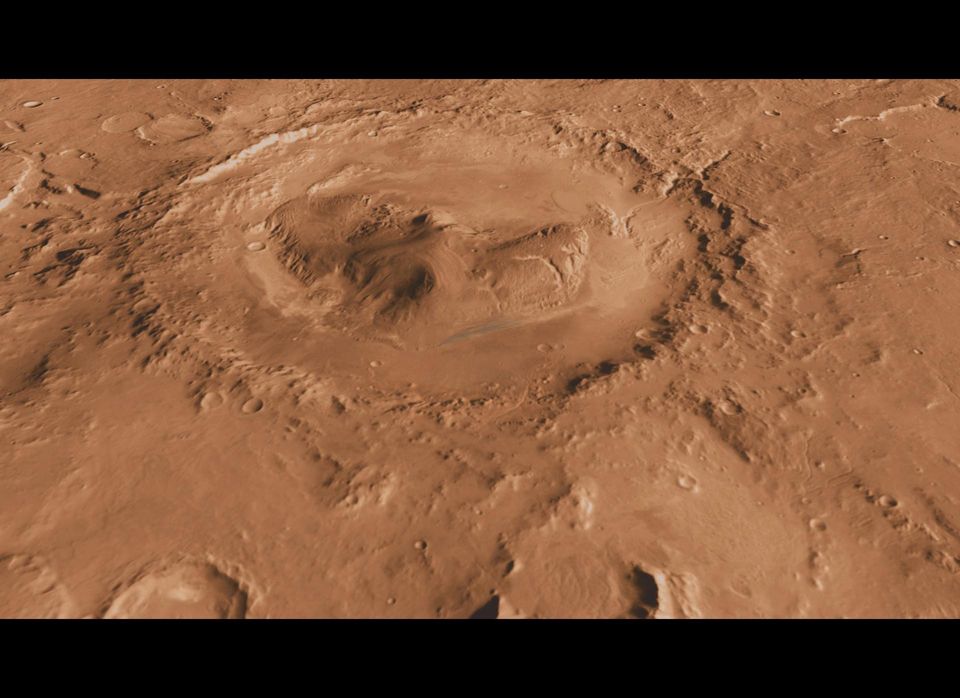 1 / 10
This undated image made available by NASA shows Mars' Gale Crater, looking south. The formation is 96 miles (154 kilometers) in diameter and holds a layered mountain rising about 3 miles (5 kilometers) above the crater floor.
AP