This past weekend, in Hialeah, Florida, a man with a concealed handgun permit burned $10,000 in cash, set fire to his apartment, shot and killed six people, and then took two others hostage before the shooter, Pedro Vargas, was killed by police. An officer said it was "one of the worst shootings we've probably had ever in Hialeah."

But it wasn't the only mass shooting Hialeah has recently seen committed by a concealed handgun permit holder.

On June 6, 2010, Gerardo Regalado killed four women and wounded three others at Yoyito Cafe-Restaurant in Hialeah. As a witness described the scene: "He came in running, like a crazy man ... shooting everybody." Relatives described him as "pure evil" with a history of abusing women. And yet once again, the shooter had obtained a permit to carry a concealed handgun.

Florida is one of many states that allow virtually anyone to carry a concealed handgun in public. The result of these exceedingly lax concealed carry laws, combined with the failure to adopt other sensible gun violence prevention policies like background checks and a ban on high-capacity ammunition magazines, is that horrific events like these mass shootings in Hialeah are repeated over and over again.

Gunmen with concealed carry permits have been responsible for at least 25 mass shootings since 2007, claiming at least 113 victims when last weekend's Hialeah shooting is included, according to data we have compiled at the Violence Policy Center. Most states, including Florida, do not release information on crimes committed by concealed carry killers. However, based largely on news reports, we have found hundreds of examples of deadly incidents that include not only mass shootings, but other murders, unintentional deaths, and suicides.

The NRA touts concealed carry laws as the front line in its false argument that all you need to stop a "bad guy" with a gun is a "good guy" with a gun: an argument as simplistic as it is self-serving. But using a gun for legitimate self-defense purposes is extremely rare. A far more likely scenario is that the "good guy" with the gun becomes the "bad guy," endangering family, friends, coworkers, innocent bystanders, or themselves. 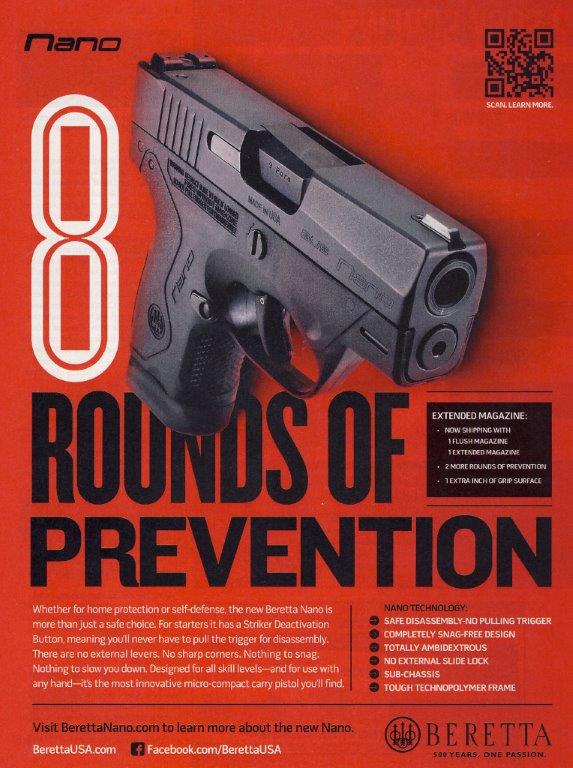 But, as we detail in our report Cash and Carry: How Concealed Carry Laws Drive Gun Industry Profits, that doesn't stop the gun industry from aggressively marketing guns that are specifically designed for concealed carry -- like the Kel-Tec PF-9 9mm pistol that George Zimmerman used to kill Trayvon Martin. Faced with a long-term decline in household firearms ownership, gun companies market concealed carry handguns as virtually guaranteeing personal safety. For example, in a full-page magazine ad, Beretta USA promotes its Nano "micro-compact carry pistol" as offering "8 Rounds of Prevention." Ironically, gun manufacturers also stress to potential civilian purchasers the law enforcement pedigree of guns such as the Glock 17 used in this week's Hialeah shooting -- even though we've tracked at least 14 law enforcement officers whose lives were ended by concealed carry killers.

Marketing their guns with false promises and a dismissive shrug when things go awry, the gun industry is unconcerned about the danger concealed handgun permit holders pose to the rest of us -- whether it's the latest "worst" shooting in Hialeah or anywhere else.