Madagascar's fat-tailed dwarf lemur is the only primate known to hibernate. Now, scientists have found that the primate is also the only animal known to fully fall asleep while hibernating in its natural environment.

Since lemurs are closely related to humans, the new finding may help to explain some of the fundamental and largely unknown roles of sleep in humans.

Sleep offers the body a chance to recharge energy burned during the day. This is especially important for active animals that burn large amounts of energy while looking for food or escaping predators each day. The process seems less important, however, for animals in hibernation, since hibernation is an inactive state of torpor in which the animal's body is neither fully awake nor fully asleep, and metabolism almost completely halts. [The Top 10 Spooky Sleep Disorders]

Still, new research from Duke University shows that fat-tailed dwarf lemurs do, indeed, periodically enter a sleep state during hibernation. The researchers report their findings today (Sept. 4) in the journal PLOS ONE. 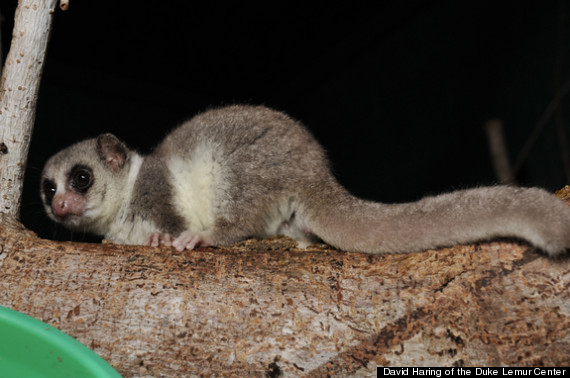 The fat-tailed dwarf lemur is the only primate known to hibernate.

"We found that, even if you are in torpor, sleep is still a necessity," said Andrew Krystal, a sleep researcher at Duke University and a co-author of the study. "Sleep seems to be necessary for every state, including in primates like us, even if they drop their body temperature and stop metabolic activity."

The fat-tailed dwarf lemur hibernates in holes of trees along the western coast of Madagascar for up to seven months each year. Like all hibernating animals, this primate uses hibernation as an opportunity to conserve energy during a period when the fruits and leaves it usually feeds on are not readily available. During this time, the animal's metabolic activity decreases to about 2 percent of what it would be if it were active, and its body temperature drops to match the ambient temperature, which can drop to as low as 41 degrees Fahrenheit (5 degrees Celsius) during certain times of the year, but generally hovers around 59 F (15 C). When the lemur is awake, its body temperature boosts back up to around 98 F (37 C).

To better understand what goes on in the animal's body during this prolonged period of inactivity, the team studied the hibernation behavior of lemurs at the Duke Lemur Center as well as several wild lemurs in western Madagascar. The researchers monitored the oxygen uptake, heart rate and brain activity of two hibernating lemurs in Madagascar by attaching small electrodes to the lemurs' heads, and found that these individuals experienced bouts of REM sleep — the type of sleep associated with dreaming in humans.

Non-REM sleep is thought to provide the bulk of sleep's physiological benefits. REM sleep, on the other hand, is thought to be a less restorative form of sleep, so the researchers were surprised to find that the animals rely on this form of sleep during hibernation.

"This is the best evidence yet that if you drop metabolic state, you don't need non-REM sleep," said Krystal.

Ground squirrels — another small hibernating mammal — also have been shown to sleep during hibernation in experimental laboratory studies, but their sleep was recorded as non-REM. This suggests that sleep patterns vary across different animal species and may provide different benefits depending on the species, said Peter Klopfer, a biologist at Duke University and a co-author of the study. [Amazing Photos of Lemurs Roaming North Carolina]

These findings offer compelling new insights into the types of sleep patterns required for humans under varying temperatures and metabolic conditions. They also could have intriguing implications for future research in inducing hibernationlike states for humans undergoing intensive surgery or traveling on an extensive trip to Mars, said Kathrin Dausmann, a researcher at the University of Hamburg in Germany who helped discover several years ago that fat-tailed lemurs hibernate but who was not involved in the study.

"If people are thinking about sending people to Mars in a hibernationlike state, for six months each way, we have to know what actually happens to a hibernating primate," said Dausmann.

In the shorter term, the researchers are hoping to use improved technology to track more lemur individuals in their natural environment in order to increase the study sample size and further confirm the recent findings.