This blog is co-authored by Ben Hecht and Kathy Merchant, President & CEO of the Greater Cincinnati Foundation. 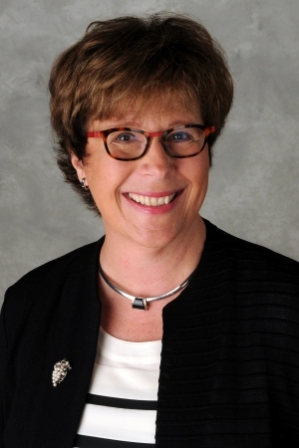 Education is a game changer. Those that have more of it earn more over a lifetime and have the greatest chances to build wealth. Yet a wide gap persists between educational attainment between white and non-white Americans. Simply put, our education system is failing too many of our children, most especially our students of color, cradle to career. Yet this racial disparity seems to be largely hidden in plain sight. Despite the availability of data that can help us to do so, we don't design solutions with an intentionality to address disparities. The recent events in Ferguson, MO brought to the surface our nation's deep seeded racial tensions born out of these historical inequities. They further reinforce the urgency to implement data driven approaches that support the success of every child from every segment of the population, most importantly historically marginalized communities.

The reality is that the racial divide threatens not only quality of life for so many people individually, but also erodes the long term economic health of our nation. The United States is fast-approaching a demographic shift from majority white to a majority of people of color. In short, this shift means that racial inequities are more than long-acknowledged barriers to opportunity. They are an obstacle for the soon-to-be majority of our citizens. College graduation, which is the most reliable indicator of long-term economic success today, eludes most minorities. According to an analysis of census data by two Harvard economists, 21 percent of black 30-year-olds had a college degree in 2012, compared with 38 percent of white 30-year-olds. This sobering gap, at 17 percentage points, is significantly wider than the 10 percentage point gap in 1970.

Learning from the Cincinnati Racial Unrest in 2001

Addressing this gap was at the heart of Cincinnati's civic leaders, black and white, coming together to chart a new course after a police shooting of an unarmed black youth sparked racial unrest in 2001. The leaders wanted to address the underlying causes of the tensions: systems that have long served to cause or perpetuate racial disparity in areas such as education, economic opportunity, and criminal justice.

In 2003, building on the early efforts of business, philanthropic, and government leaders, Better Together Cincinnati (BTC) was formed by 15 foundations and corporations to develop and fund solutions to achieve racial equity and inclusion. As part of BTC, a "disparities report card" was developed and is regularly updated to track progress on racial disparities across a set of indicators including education and employment. In 2006, the StrivePartnership was formed to specifically address education problems in the urban core of Cincinnati and two smaller cities in Northern Kentucky. More than 300 cross-sector representatives joined the partnership effort, including school district superintendents, early childhood educators, nonprofit practitioners, business leaders, community and corporate funders, city officials, and university presidents. From the very beginning, The StrivePartnership embraced data as a core principle to understand the facts about student outcomes and inform ongoing improvement.

As these efforts took shape and began to show signs of succeeding, there was a lingering concern that publishing disaggregated education data by race as part of the StrivePartnership's commitment to transparency to the community would be interpreted as targeting students of color as the problem. There was fear that the StrivePartnership would be charged with scapegoating. This issue is often cited as a key challenge to any effort that is considering disaggregating data. For the StrivePartnership, as it became increasingly clear through the work that building on early successes towards transformational change would require a renewed focus on addressing racial disparities, key lessons emerged about the importance of using data to develop a baseline for identifying outcomes and continuous improvement, not as a tool to penalize leaders or point fingers at specific sources of the problem.

Given this data, it is clear that, though progress has been made, much work remains to be done in Cincinnati and across the country.

There is great promise in the fact that the StrivePartnership's "collective impact" approach spread virally to other communities. Today, the StriveTogether cradle-to-career network is made up of a diversity of communities that are creating local education ecosystems to dramatically increase the scale and pace of improving student outcomes. The network's approach centers on bringing together a broad array of community voices to create comprehensive education strategies and solutions, using data to determine what works best for children, and aligning existing resources to increase impact. They develop shared outcomes and indicators of success to use across programs and systems, identifying promising practices. And, they regularly use data to consistently implement and improve strategies through continuous improvement.

Doubling Down on Disparities

Informed by lessons from working with 49 communities, the StriveTogether Theory of Action highlights the need to double down on eliminating locally defined disparities--using local data to identify inequalities in student achievement, and prioritizing efforts that address them. Disaggregating student data by race (or other important factors such as poverty) is certainly not without its challenges. But the work of communities participating in the network made clear that aggregated data can mask disparities.

Disaggregating data to understand disparities enables communities to make informed decisions about how best to differentiate services to meet the needs of all students.

While this insight might seem self-evident, the road to taking an explicit focus on disaggregating data by race has not been easy.

As the StrivePartnership was working to define and refine their process for using data even more effectively, cross-sector leaders in other communities across the country began to adopt the StrivePartnership's approach. Some of these efforts, including All Hands Raised in Portland, OR, quickly embraced a commitment to racial equity as a critical hallmark of their work. Indeed, members of all levels of the All Hands Raised governance structure agreed that equity should be the lens through which all of the work should be viewed, and the greatest priority driving the work.

At the time that the All Hands Raised partnership was forming, the Coalition of Communities of Color had already been releasing reports that brought attention to the disparities that exist in the region. Through their disaggregation of data, the case had already been made and a new status quo established for reporting data related to educational outcomes.

One of the first collaboratives formed by the partnership in Portland was their Eliminating Disparities in Child and Youth Success Collaborative. This Collaborative was established to take a systemic and policy-oriented approach to eliminating racial educational inequities. It is made up of six partner superintendents and other senior community leaders, with a focus on leaders from culturally specific organizations. The Collaborative created a comprehensive organizational assessment to help school districts, nonprofits and other organizations understand how all aspects of their work are advancing - or hindering - the cause of racial equity. All six partner school districts, along with multiple nonprofits and private sector businesses, have completed the assessment and begun implementing improvement strategies.

All Hands Raised's leaders are quick to acknowledge that, in their community, the issue is less about black and white, and more complex in how leaders account for the varied experiences, assets, and challenges of multiple racial and ethnic communities. They found that their role as the backbone entity of a broad collaborative effort is to thoughtfully lead the community through discussions focused on racial equity in partnership with the Coalition of Communities of Color.

It was this lesson that led All Hands Raised to host a conversation about racial equity at the first convening of all communities applying StriveTogether's approach. From this conversation, it was strikingly clear that this focus needed to be more deeply integrated into the core body of the national network's work and its theory of action.

Today, as StriveTogether has begun to clearly articulate eliminating locally-defined disparities as one of the four core principles that should guide all participating communities' work, many different types of communities across the country are grappling with what this looks like for them given their own distinct circumstances.

For example, the Every Hand Joined partnership in Red Wing, MN knew that their relatively small population of 16,481 people, and the fact that most metropolitan areas would be thrilled to have their test scores and graduation rates, presented unique challenges for their work. They knew that despite what it might look like from 30,000 feet, the reality on the ground was that with changing racial and economic demographics, some students were being left behind. Yet, with a population that is still largely homogeneous, in many cases, disaggregating data by race would essentially mean looking at individual student level data. However, they remained resolute that they would not be able to achieve their mission without better understanding what segments of the population were on either end of their increasingly evident achievement gap.

So, they decided to disaggregate based on economic data as a starting point as they keep an eye on how demographics around racial diversity are changing in their community. Even with this adjustment, there were objections from some in the community who felt that potential economic indicators, such as students participating in the federal free/reduced meals program, were problematic in terms of the confidentiality requirements of such programs. Eventually, the Partnership was able to work with the Food Services Director to access the data for analysis.

This work shed some much needed light on a clear socio-economic achievement gap that had previously been suspected but not confirmed due to lack of data.

This experience highlighted more important lessons about what it takes to use data for continuous improvement. One of the biggest challenges in Red Wing, once a way to disaggregate had been identified, was that data mining can be a slow process. Often, you will run into resistance from gatekeepers to the data that requires time-consuming bureaucracy navigation and negotiation, particularly when some stakeholders do not understand why the data is important. And, even when you are able to access the data, you might not immediately be able to understand what it is telling you. This can take time, as can convincing people to believe the story that the data tells. It is a much remarked upon reality that people often reject the data.

The lessons from Cincinnati, Portland, Red Wing, and many other communities informed the StriveTogether national network's current strategy for incentivizing participation and use of data. A focus on eliminating disparities, including publicly disaggregating data, is a non-negotiable for communities that want to become "proof points" to demonstrate the power and promise of the cradle-to-career collective impact approach.

For communities to gain both comfort and skill in making data disaggregation a priority, StriveTogether's leaders realized that they would need to build the capacity of community leaders to engage in honest conversation about racial disparities tied to student outcomes. This network priority is reflected in the recent formation of a race, class, and culture working group, and in issues of racial equity becoming part of the conversation at national convenings.

Changing complex education systems is no easy feat. It requires patience, humility, and a willingness to honestly and openly acknowledge "what is" in order to work towards "what could be." This includes acknowledging and addressing our nation's history of exclusionary policies and other forces contributing to a persistent and growing racial divide. We must recognize that universal "one size fits all" solutions will not address disparities. Instead, we must adapt and customize solutions to the differing needs and opportunities of various racial, ethnic, and economic groups. Although the conversation about race is inherently challenging when diverse communities come together, disaggregating data is decidedly the right place to begin to frame the conversation.