Vast expanses of California desert remain largely defiant to human trespass. While awed by the natural splendor of this rugged, inhospitable terrain, Photographer Osceola Refetoff is particularly drawn to forsaken remnants of human habitation that lie strewn about like so many forgotten dreams.

Standing in the shell of an abandoned dwelling he is filled with both curiosity and sadness. What hardy souls inhabited these structures, and what events led them to abandon their homes? Did they lock the door before walking away?

With this series, he attempts to put himself in the shoes of the people who previously lived in these spaces and examine the environment from angles which they might have observed. In so doing, he is capturing the hope, faith, love and despair of those, now gone and forgotten.

His March solo show is at Gallery 825 starting Saturday March 22. 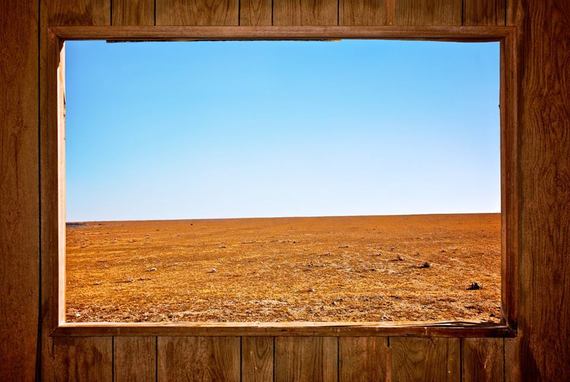