CHELSEA — Work on the High Line's third and final section kicked off Thursday.

Mayor Michael Bloomberg, City Council Speaker Christine Quinn and other public and park officials marked the occasion by tossing seeds around the untamed wilds of the undeveloped third section — currently overgrown with plants — along with students from Clinton Middle School.

"By the time they are fully grown this will have become the third and final section of the beautiful, groundbreaking and now world-famous High Line park," Bloomberg said.

The $90 million project will transform unused elevated rail tracks that run around a train yard from West 30th to West 34th streets from 10th to 12th Avenues.

Construction will be divided into three phases — the first is set to open in 2014 and include a walkway that will allow visitors to see the urban wilderness that's now there, one that Friends of the High Line co-founder Robert Hammond said he was excited about.

"One of the parts that I'm most looking forward to is this interim walkway that will wind through this existing landscape, the very same landscape that [Friends of the High Line co-founder Josh David] and I first fell in love with 13 years ago," he said.

Other plans for the third section include more plants, a beam-and-girder playground, and a train car cafe.

Money for the project will come from a mix of public and private donors, including $10 million from the city and $20 million raised by Friends of the High Line. Another $27.8 million will come from Related Companies and Oxford Property Group, which are developing the Hudson Yards project next door.

"The High Line, now in its final phase, is a place that really shows us that when we all come together: activists, philanthropists, business people, government, we can make amazing things happen that are beyond what anyone could ever have imagined," Quinn said.

The first two sections of the High Line have brought huge amounts of new investment to the new area, Bloomberg said, including a doubling in new building permits in its immediate vicinity. "These new arrivals share this fresh, dynamic, creative energy that is the calling card of the High Line and I think they're great examples of how great parks can spur private investment," he said.

That economic activity has not been without its critics, who say the park has turned Chelsea into a haven for tourists and the rich while pushing out small businesses and the poor.

But Bloomberg countered that notion, saying that the city needed change to thrive.

"If we didn't change Midtown, Central Park would be a shanty town like it was for many years," he said. "You have to keep changing, that's what improves lives and makes things interesting."

One person was unequivocal about the contribution the elevated park has made to the neighborhood — Diane von Furstenburg who, along with her husband Barry Diller, has donated millions to the park.

"Thirteen years ago I moved to this neighborhood and at that time the neighborhood didn't really smell very good," she said. "This has been an example for all over the world."

The public will have one final shot at seeing the third section before heavy construction begins — a handful of lucky people will be able to tour it as part of Open House New York in early October.

Initial renderings of the final section:

PHOTO GALLERY
Designs For New Section Of The High Line
Download
Calling all HuffPost superfans!
Sign up for membership to become a founding member and help shape HuffPost's next chapter
Join HuffPost 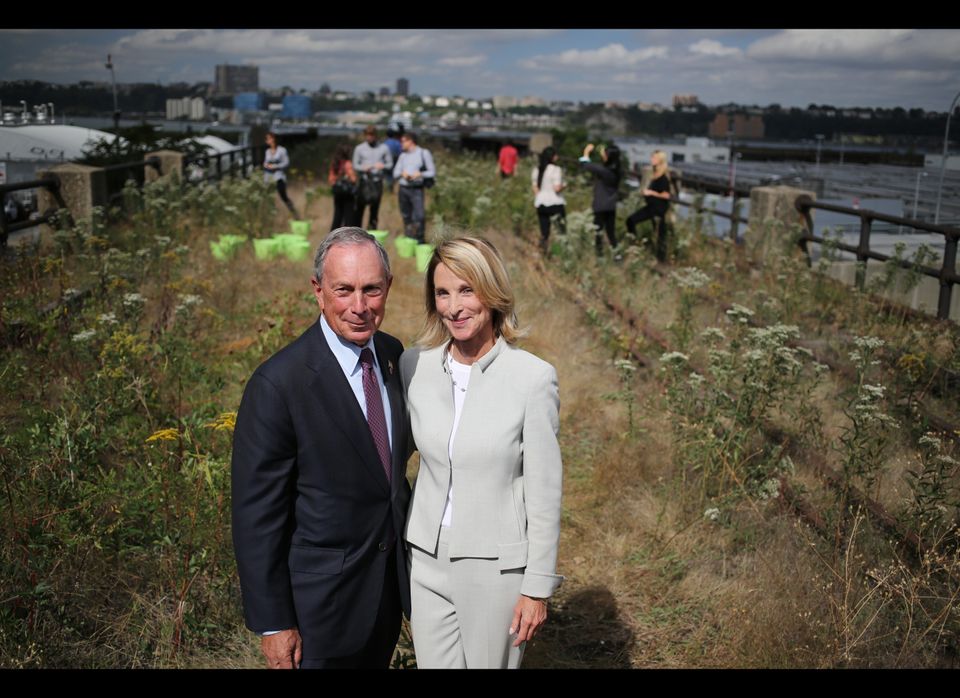 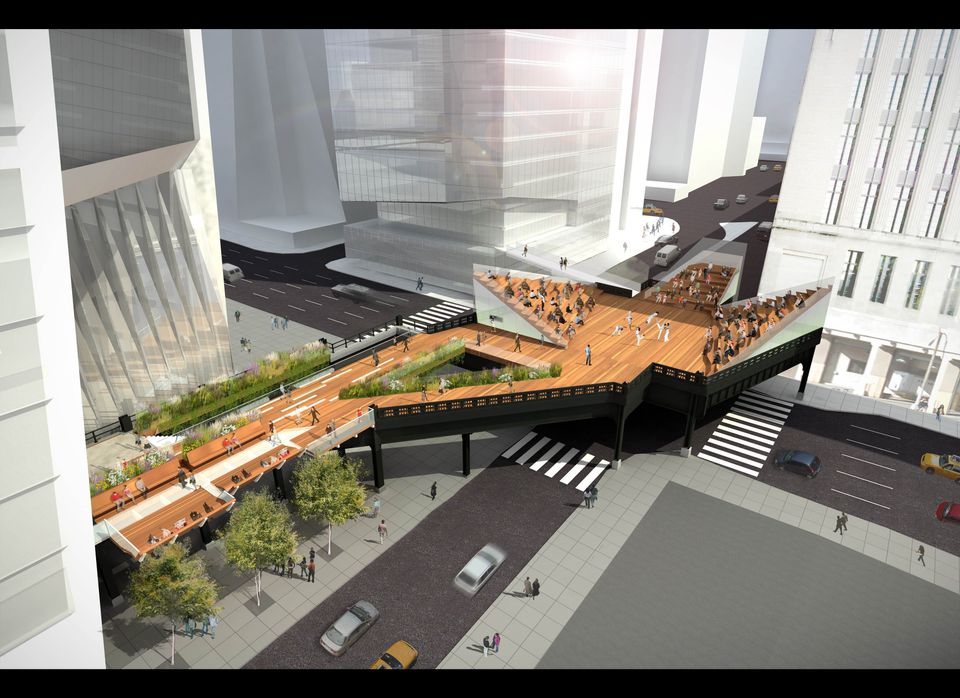 1 / 6
In this artist's rendering provided by Friends of the High Line on Monday, March 12, 2012, part of the High Line's third section crosses above 10th Avenue and West 30th Street on New York City's West Side. The final section of the former freight rail line to be converted to a city park is expected to open to the public in Spring 2014. (AP Photo/Friends of the High Line, Design Team of James Corner Field Operations and Diller Scofidio + Renfro)
AP