The not-so-secret gay history of one of New York City's most revered urban reclamation projects is being revealed in both a new book and discussion.

The High Line, a park built atop an elevated rail structure on Manhattan's West Side, passes through several of the city's neighborhoods which are, or at least were, home to predominately lesbian, gay, bisexual and transgender (LGBT) residents. As part of their new book, "High Line: The Inside Story Of New York's Park in the Sky," Robert Hammond and Josh David have researched "stories of old Chelsea, legendary Roxy parties, and the adventures they had stumbling through the worlds of art, celebrity, government, design, and entertainment."

Of course, the 339-page book delves into plenty of other subjects and features an dazzling array of photographs in both black and white and color. But Hammond says he and David, who co-founded Friends of the High Line, made a special effort to acknowledge the park's overall significance to several generations of the city's LGBT community in the research.

"I think [gayness] is sort of instilled in the whole sensibility of the project in some ways," Hammond told The Huffington Post. "There's a sense of otherness, unusualness, weirdness and unlikeliness of the High Line that gives it to a gay connection."

Hammond also points out that the path of the High Line itself follows the so-called "gay migration," from Christopher Street in Greenwich Village all the way up to Hell's Kitchen, arguably the community's current hub. "I think gays have a way of appreciating beauty in things others might find appalling," Hammond noted of the well-noted LGBT ties to urban renewal in both New York and other cities.

Hammond and David will be on hand at the New York's Lesbian, Gay, Bisexual and Transgender Community Center tonight for "Behind the Bushes: The Secret Homo History Of The High Line," which will include a slideshow, discussion, and book signing. For more information, click here.

Check out some of the amazing photos as seen in their book below: 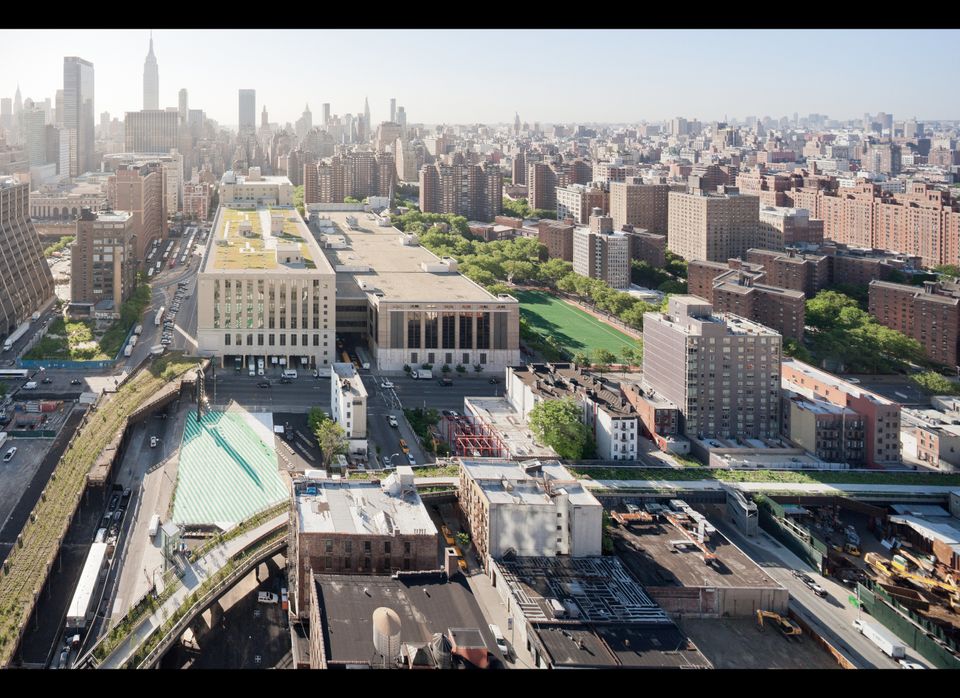