After burning for a devastating three weeks and growing to 87,284 acres, authorities announced that the High Park Fire near Fort Collins, Colo. is 100 percent contained as of Saturday evening.

As the fire continues to smolder, and will do so for days or even weeks depending on weather, approximately 150 firefighters remain patrolling the fire perimeter, mopping-up hotspots and doing some structural work to prevent erosion in the area.

All evacuation orders have been lifted as of June 30 and residents can return home.

However, authorities warn that dry fuels, high temperatures and low relative humidity make for the potential for fire growth outside of the fire's perimeter very high, according to InciWeb.org.

The High Park Fire remains the second largest fire in state history having burned 87,284 acres -- second only to the 2002 Hayman Fire which consumed 138,114 acres.

The progress the firefighters have made is remarkable given the size of the fire, days of record heat including eight days of Red Flag Warnings in row indicating high fire growth potential.

As the firefighters increased containment of High Park Fire, they began to share their resources with the other multiple fires burning along the Front Range.

Reporters were recently given a tour of a burnt out community along Larimer County Road 29C, Missile Silo Road. 9News' Kevin Torres spoke with firefighters in the area who spoke about the devastation and the time it will take for the area to recover -- at least a generation, firefighters said. Patrick Love of the Poudre Fire Authority told Torres, "Most of us will be dead before things look the way they used to."

Burning since June 9 after lightning struck a tree on private land, the remaining 150 firefighters -- down from more than 2,000 in late-June -- mop up the blaze with the help of 2 helicopters, 15 fire engines and 1 dozer. The cost of the fire to date is $38.4 million.

The massive fire burned approximately 136-square-miles -- to put this size into perspective, that's nearly the same size as the cities of Boulder, Broomfield and Fort Collins, Colorado combined.

Days of record heat produced a surge of new fires burning throughout Colorado and also provided fuel and devastating growth conditions for the fires already burning. A total of several major fires were still burning over last weekend, all part of the worst wildfire season in a decade. 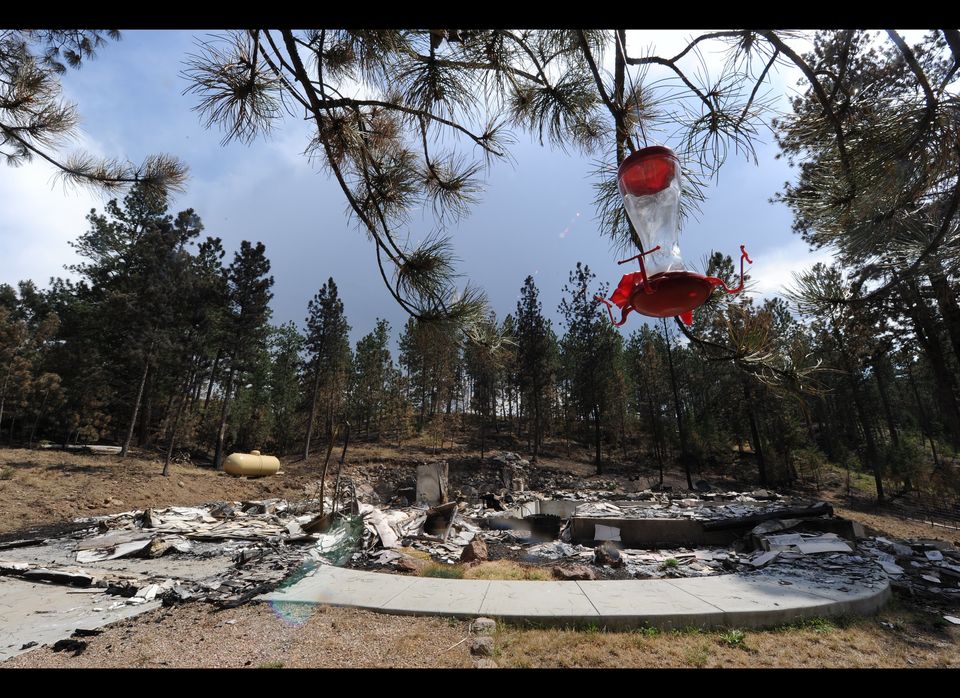