The logic of a graduation ceremony for nursery school is a little skewed. This sets kids up to think that the rest of their lives they should be rewarded for eating snacks, drawing with crayons, and going a whole day without picking their noses.

But I have to admit that there's nothing cuter than a four-year-old in a graduation cap. It's so much more appealing than high school graduation. For one thing, you know he's not going to get in your car later and fill it with drunk friends who will vomit all over your carpet. For another, you know that you will spend approximately $20.00 for the cardboard that goes into the cap and the Kool-aid served later.

That's a small fee for getting lots of photos and videos and seeing grandparents beaming as your personal work of art walks across that stage.

Before you know it, your tow-head is preparing to graduate from high school. Suddenly the crap begins. There are costs you never expected -- there's the cap and gown that will be used for one hour, the tassel that will be put on the rear view mirror of a car for approximately three months, the Senior Key necklace that will be worn by nobody in the entire universe, and the invitations that will be addressed and sent out by mom because the graduate is just too busy to do it and mom is desperately hoping to make the money back that she's sent to relatives and friends over the years.

There are the tickets that every relative prays are limited so they don't have to go. It's painful enough to watch your own child graduate. But when you have to put on nice clothes and sit in stadium seats for four hours waiting to hear one name called, it's just brutal.

And there seems to be an indoor stadium rule that the air-conditioning will malfunction on the day of graduation. I'm pretty sure that's something the School Board plans to fuel their capital budget requests.

So, you sit in place an hour before your child actually shows up, listening to the excited murmuring of parents who can't believe the day is finally here. Then the graduates begin to file in, and nobody warns you about the emotions that accompany the process. Whether it's high school or college, the realization that your child is now almost an adult is completely overwhelming.

As a parent, you want to stand and scream, "I'm not prepared to be responsible for how this human being turned out! I am proud of him, but he needs some work. Give me a few more years, please! He is still listening to Eminem. This is not going to end up well."

It's like creating a figure out of play dough that hardens too quickly. You want to sprinkle some water on them to remold them. You look at your family and say, "I'm so proud of them," and then they do something like trip on the steps up to the podium or write something obscene on their graduation cap and you think, "My God, this is my offspring."

You're also never ready for the graduation dirge known as Pomp and Circumstance. Not only is the song depressing, but it's usually played by the high school band which is even worse. It's the musical equivalent of water torture that WILL, somehow, drive you to tears. My son graduated from high school first, and when I saw him come down the aisle I was all prepared to stand and cheer. He hated school more than the Dallas Cowboys, and that's a lot. I was relieved for him and seriously proud of him.

Then the freakin' Pomp and Circumstance marching song began to play and I absolutely lost it. It was like watching Brian's Song all over again. I began sobbing so loud the kid in front of me looked up from his his video game with complete disdain.

Part of the crying comes from the sheer exhaustion of getting kids through twelve years of school and spending hundreds of dollars on the yearbook pictures of your daughter that she chose because they made her look sexy. This results in years of explanations as to why your daughter's senior picture includes her chewing on her pearl necklace and having her hair blown by a fan. It's all so much.

College graduation may or may not be next, but if you ever attend that ceremony you will handle the emotions much more effectively because you're too broke at that point to feel much sorrow. As your adult child crosses the stage with dignity this time, you wave at them. They wave back. Little do they know you are waving goodbye to your retirement fund.

My daughter's college graduation included three official ceremonies and two unofficial ceremonies. She was second in her class at the University of Missouri School of Journalism. We were so proud, but wondered why they would torture the good kids with more ceremonies. I think every honor award should reduce the number of command performances, not increase them.

As she crossed the stage for the third time, I realized that her entire future was in front of her, just as I was entering menopause. This didn't seem like a fair trade.

But, it's all worth it. Even the crap. If you are fortunate enough to raise kids to the age of graduation, then celebrate. Until Pomp and Circumstance begins. Then, I promise, whether from exhaustion or relief, you're going to lose it.

PHOTO GALLERY
10 Fun Ways For Empty Nesters To Spend Their Time
Download
Calling all HuffPost superfans!
Sign up for membership to become a founding member and help shape HuffPost's next chapter
Join HuffPost 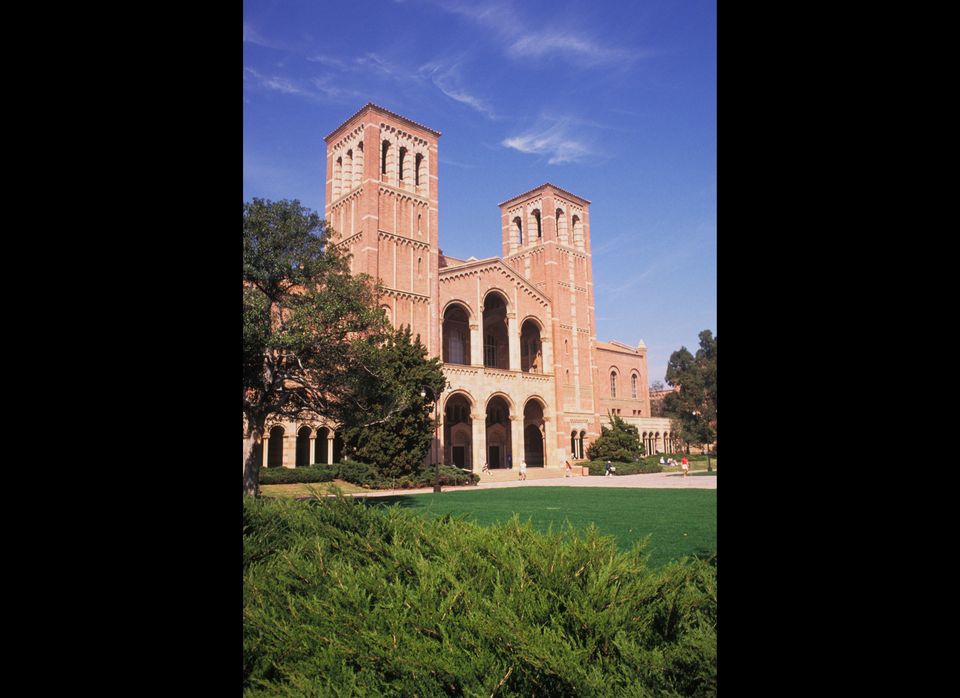