As a teenager I felt like that solid, red pimple with no give, no whitehead ripe for a satisfying squeeze. The pain on the outside reflecting the tense churning and discomfort underneath. A differentness I knew would keep me permanently locked out of their circle, disconnected from everyone else who seemed so in tune with one another. They had best friends. I never did. There was no chance I'd ever pop, just be forever weird. 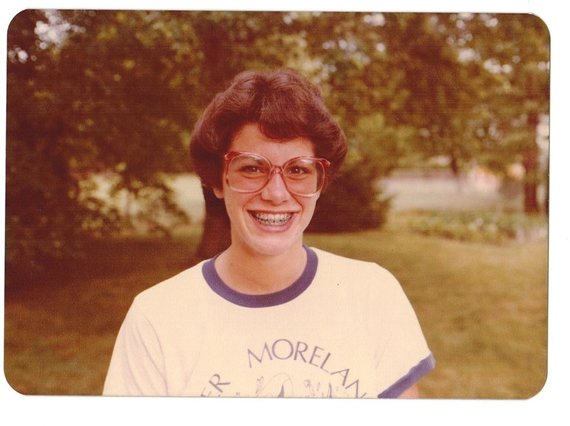 I recently posted an article on my high school alumni Facebook page written just after my childhood crush died suddenly at 49. The essay discussed how awkwardness and lack of confidence prevented me from ever speaking to this sweet, handsome boy, seemingly far above my social standing, for the six years I spent sneaking glimpses of him from junior high through high school.

The comments that followed from my 1983 alumni clearly showed how much everyone feels like that same raw pimple, no matter how popular or beautiful on the outside they appear. One woman, who'd been overweight in high school, said the boy who died had been one of the few to talk to her like she was an actual person and not just a thing to be ridiculed. When I wrote about a college rape experience, several women I'd gone to school with offered up their own, very personal experiences with sexual assault.

For me, there's been something deeply re-affirming about a renewed connection with this group of people with whom I spent most of my time feeling like an open wound. Speaking openly with these former high schoolers now approaching 50 has made crystal clear how alike we were then and still are now. And how much fear we lived with while teenagers and continue to struggle against. What we fear most is each other. But when we open up about our greatest weirdness or hurt, the world opens up with us. 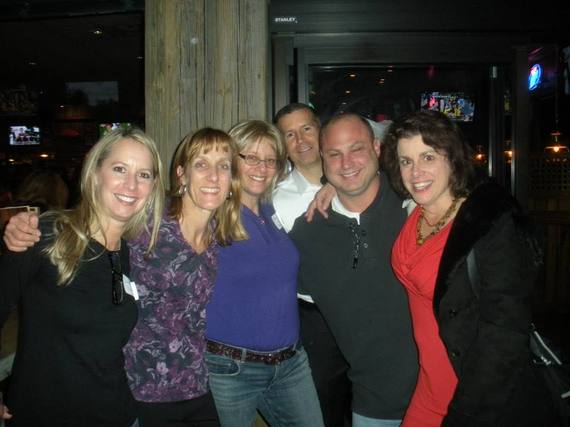 A woman leading a seminar I took said that while as a gay Hispanic, she may be more obviously different, but that the blondest, whitest person in this room of hundreds thinks she's the weirdest. Tragically, once we start learning to speak, we're taught to hide that difference. We put ourselves into a cocoon of our own making, and by resisting it further, we magnify our difference, convinced it's a secret to be hidden from view of everyone else.

It's why I wish there were less posts on Facebook of vacation highlights and more that displayed the vulnerability of parenthood. Where are the photos of the kids smacking each other over invisible boundaries in the back seat? To me, "Fakebook" represents the façade we're taught to keep up, but it's the cracks that show our sameness and humanity.

A brave Facebook friend recently wrote about her 12-year-old son being un-invited to a birthday party because the party mom discovered her son has is going through the transgender process. The kid was in tears after finding out he was no longer invited. Kids inherently know that's wrong, but they have to live by adults' rules. And that's how and when they learn to hide themselves.

As adults, we've often had the drum of intolerance beaten over our heads since childhood. It's scary to be the first one to peak out of the foxhole. Who knows what's just beyond the pass that may shoot you down?

If we don't value our weirdness as kids and are consistently taught to squash it as a means of protection, we'll continue to live as the zombies we are, forever divided and fearful. Fly that freak flag. You may be surprised by how many people share your colors. And you'll be inspiring the next generation to stay out of their own foxholes.