Qatar is not the only Middle Eastern country distinguished by its density of millionaires. According to The Boston Consulting Group's 2013 report on the global wealth management industry, Kuwait and Bahrain ranked respectively third and sixth worldwide, while the United Arab Emirates was eight. Overall, wealth in the Middle East rose 9.1 percent last year to a total of $4.8 trillion. 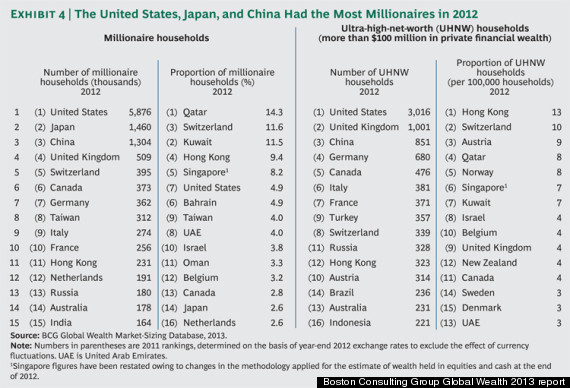 Qatar primarily owes its preponderance of millionaires to a burgeoning petroleum and natural gas industry, which boasts the third largest proven gas reserves in the world. The Gulf state has made a point of promoting the advancement of Qatari nationals within the petroleum industry, ensuring that much of the wealth created remains in the country. As a result, Qatar currently has the highest GDP per capita in Asia and the fourth highest in the world.

BCG's report did not provide much good news for advocates of greater income equality. The group estimates that those households already holding $100 million or more are projected to see their wealth grow at the highest rate of any cohort of the population, a full 9.2 annual percent increase. By 2017, these ultra-high-net-worth households are projected to hold 6.8 percent of the world's total wealth. 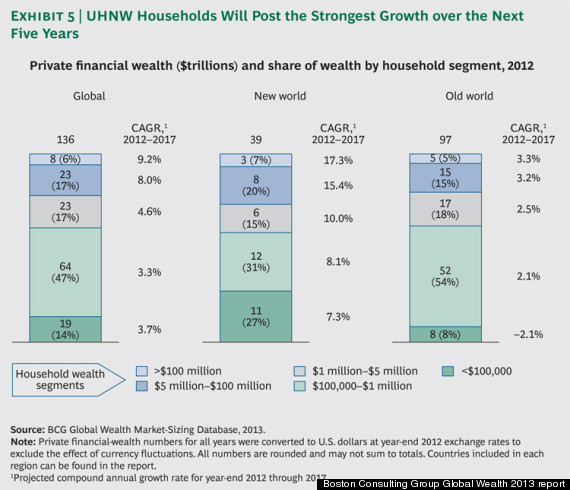 With 4.9% of American households boasting seven-figure assets, the U.S. came in sixth for density of millionaires, tied with Bahrain. Overall, though, the U.S. has the most millionaires of any country in the world, a total of 5,876,000 households, and the most hundred-millionaires, with a full 3,016 households holding $100 million or more.

Be sure to check out our slideshow of the ten most millionaire-dense countries in the world below.