By Matt Shirley
This article originally appeared on Playboy.com.

There's a certain obsession surrounding the wealth of professional athletes, and since we aren't above that obsession, we thought we'd do some research into the highest paid professional athlete from each state. (Make sure to take a look at the definition of terms section below the map before you start formulating your angry comments.) 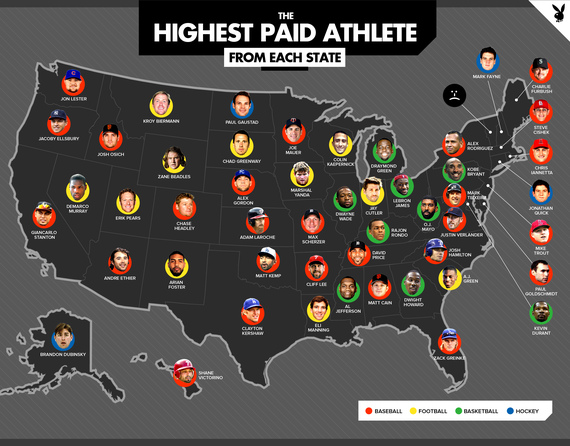 First off, this map is only dealing with current players. So you won't find Ken Griffey Jr. or Wayne Gretzky. Next, we're only dealing with salaried professional athletes. This means no tennis players, golfers, NASCAR drivers, or professional ping-pongers. They're earnings are based on their winnings so fluctuate wildly. Okay then, your next question is: What does "from" mean? In this case we looked at athlete birthplaces. This means that if an athlete is born in Montana and moves to New York after twenty minutes, he would show up on the map from Montana. Unfortunately there are no current professional athletes from Vermont. :( And finally, player salaries are based on average yearly earnings based on contract information provided by Spotrac.com. So if Joe Schmo signed a contract for 100 million over 10 years, he would be counted as having a salary of 10 million a year. Signing and performance bonuses were not factored into the data.

Which Athlete From Your State Gets Paid The Most?
9 Vintage Images Of Female Athletes 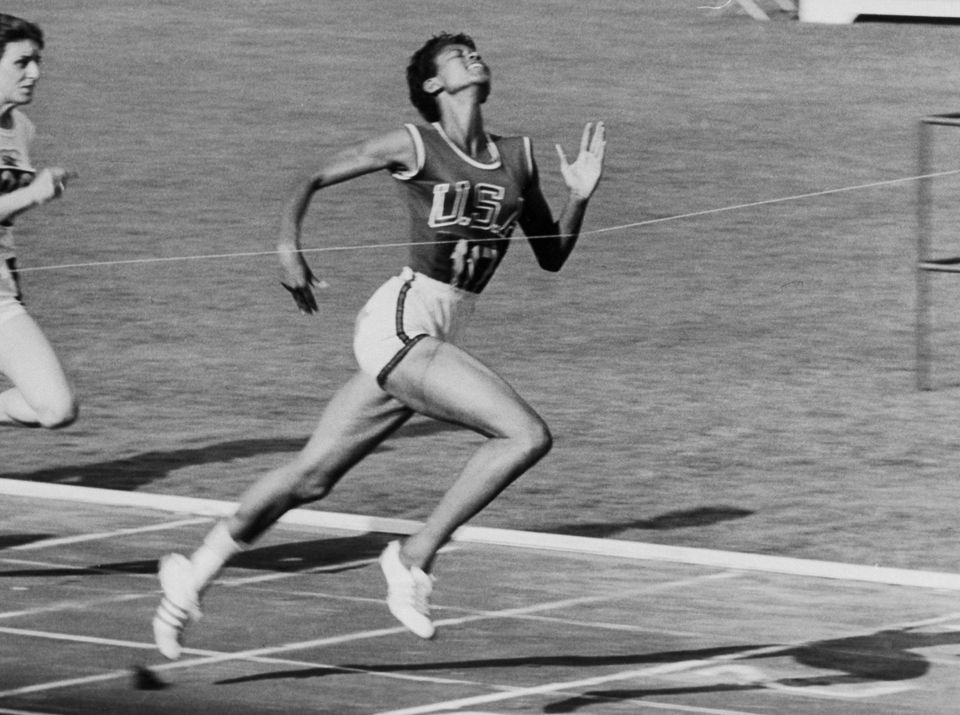 1 / 9
Wilma Rudolph, Sprinter, 1956 & 1960 Olympic Games
In the 1960s, Rudolph was considered <a href="http://espn.go.com/sportscentury/features/00016444.html" target="_blank">"the fastest woman in the world"</a> -- a feat made all the more impressive by the fact that she spent most of her childhood in leg braces. Rudolph suffered from polio as a child, and was fitted for leg braces after she lost the use of her left leg at age six. After years of treatment and determination, the braces came off -- and her sporting career began. During the 1960 Summer Olympics, Rudolph won three gold medals in track and field. "I don't know why I run so fast," she told <a href="http://espn.go.com/classic/biography/s/rudolph_wilma.htm" target="_blank">ESPN</a> during her heyday. "I just run."
Getty