Impressions of representatives of the ARI institute from the 2015 Global Forum for Combating Antisemitism.

The ARI Institute was happy to participate in this distinctly multinational forum with 1,200 participants from all over the world. Though dealing with an issue concerning the Jews, there were priests, Imams from Europe, and people of all colors and nationalities. With such a diverse audience going through an intense three-day event while processing the magnitude of the responsibility at hand, there was a tremendous atmosphere of human bonding. 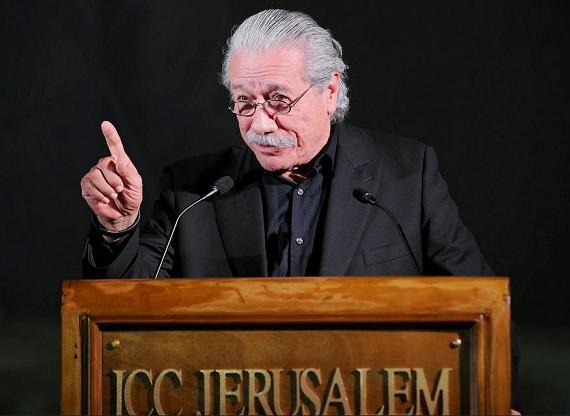 As an organization focused on enhancing human relations at all levels of society, it never ceases to amaze us what can be achieved when people connect above their differences. Here are some of the most emotional moments of the conference:

- Addressing the attendees on Wednesday, Malcolm Hoenlein - executive vice chairman of the Conference of Presidents of Major American Jewish Organizations - spoke about the need for unity and how that is the single most important element for combating anti-Semitism.

- Professor Wistrich, Head of Hebrew University's Vidal Sassoon International Center for the Study of anti-Semitism, spoke about how when the Jewish people truly fulfill their unique historical, metaphysical, and spiritual destiny, that is when they will finally become a light unto the nations.

- The most emotional point in the conference was the dinner where Abraham Foxman, of the ADL received a Life Achievement Award from the Deputy Minister of Foreign Affairs. We heard how his nanny risked her life to raise him as her own child when his parents were taken to the concentration camps, and how that part of his life shaped his perspective of the world.

- His speech was followed by award winning filmmaker and social activist Edward James Olmos, who made a passionate appeal for us to come together as human beings, rather than races, under the theme: We are One: Humanity Must Stand United Against Antisemitism.

Memorable Quotes from the Fifth Global Forum on Anti-Semitism

"It is always significant when important guests from around the world gather in Jerusalem. Even more so, when the purpose of this gathering is to heal an illness which threatens all of humanity. Antisemitism is a bane on the entire world, and threatens not only Jews and their communities, but the fabric of civilization itself."

"Our joint activity is vital in the struggle against the ever deepening threat posed by the rise of antisemitism. Together we can make a difference."

"1,200 people from 80 countries and seven different religions are here. Muslims and Christians, Bahai's and Druze, Hindu, Sikh, Jews and others. All are gathered here with us today because we share the same feeling, that antisemitism is not only a Jewish problem. It is a problem for the world and civilization."

"We cannot allow racism or anti-Semitism to divide us. Because despite all our differences, we are all human beings; and as human beings, we have to live together - in peace, in tolerance and in mutual respect."

"It comes first from the prime minister, who has a strong belief in supporting Israel, but also so many of us ministers in government who support Israel because it's the right thing to do."

As in all conferences there will be follow ups with emails, telephone calls and smaller meetings. But nothing can replace the feeling of so many dedicated people gathering in one place to overcome a clear challenge and achieve a common goal together.

Video playlist from the 2015 GFCA conference

Images from the 5th Global Forum for Combating Antisemitism